Donald Trump Orders Up His Own Praetorian Guard, Including Black Hawk Helicopters and the 82nd Airborne with Bayonets 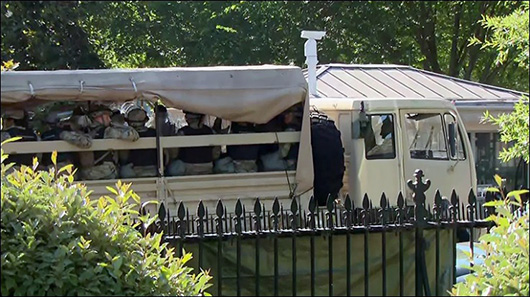 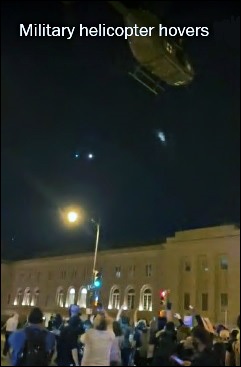 U.S. President Donald Trump, the leader of a country which heretofore viewed itself as a beacon of democracy to the rest of the world, is now using military helicopters, a designated commander in combat fatigues, and military police to protect himself from peaceful protesters outside the White House. Trump has bigger, and more dangerous plans.

James LaPorta of the Associated Press reported yesterday that combat troops from the 82nd Airborne have been moved just outside of Washington D.C., are armed with bayonets, and may be called in by the President. The AP reported as follows:

“On Tuesday, roughly 700 members of the Army’s 82nd Airborne Division had arrived at two military bases near Washington. Another 1,400 soldiers are ready to be mobilized within an hour, the two Pentagon officials said. The soldiers are armed and have riot gear as well as bayonets.”

Jack Murphy, writing for ConnectingVets.com, reported that paratroopers from the 82nd Airborne have also been put on standby at Joint Base Andrews, just outside of Washington, D.C. Murphy reports as follows:

Last evening, multiple TV news programs showed a video of a military helicopter hovering dangerously low over protesters in Washington, D.C. on Monday night. The New York Times reported that it was flying so low that it snapped tree limbs and sent people scurrying. The Washington Post quoted Kyleanne Hunter, a former Marine Corps pilot, stating that “the use of a helicopter’s rotor wash, the downward rush of air from its rotors, is a common military tactic to incite fear, disperse crowds and warn of other capabilities, like rockets and guns.”

On Monday, during a phone call with state Governors, Trump announced that he was putting General Mark Milley, the Chairman of the Joint Chiefs of Staff, “in charge.” According to the website for the Joint Chiefs of Staff, the Chairman “does not exercise military command over any combatant forces.” Nonetheless, Milley appeared in combat fatigues on Monday night, walking alongside the President, Defense Secretary Mark Esper and others in a photo op outside the White House as military police and National Guard troops covered the grounds.

Every thinking member of Congress should have seen this coming. But to this day, the majority of Republicans in both the House and Senate refuse to speak out against this dangerous power grab to quell peaceful dissent outside the White House.

Just four months into Trump’s presidency, Der Spiegel, one of the most influential and widely read news magazines in Europe, published a breathtaking assessment of Trump. Written by its Executive Editor, Klaus Brinkbäumer, the editorial delivered a prescient message:

“Donald Trump is not fit to be president of the United States. He does not possess the requisite intellect and does not understand the significance of the office he holds nor the tasks associated with it. He doesn’t read. He doesn’t bother to peruse important files and intelligence reports and knows little about the issues that he has identified as his priorities. His decisions are capricious and they are delivered in the form of tyrannical decrees…”

The New York Times is reporting that Congressman Adam Smith, the Democrat who chairs the House Armed Services Committee, is calling on Esper and Milley to testify before Congress on the President’s use of the military on U.S. soil.

If the President was hoping to garner support from the religious right for holding up the Bible on Monday night in front of St. John’s Church across from the White House, that has backfired badly. Clergy from the church have blasted Trump for using military force, tear gas and rubber bullets against peaceful protesters in order to clear the courtyard of the church for his photo op with a Bible. Trump may also lose millions of libertarian voters who previously were part of his base. They don’t have fond feelings for the military as it is, let alone being used on U.S. soil against Americans.

This is how newspapers in the U.K. are covering the story today on their front pages: 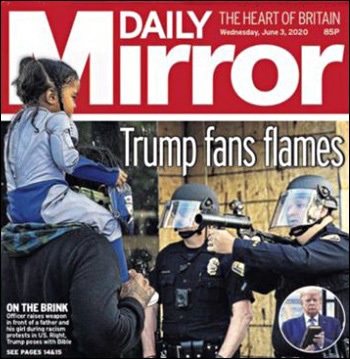 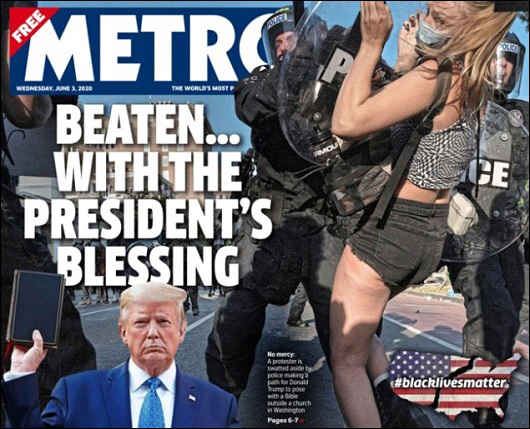