The CEO and CFO of this Publicly-Traded Company Were Married for 25 Years; That Didn’t Stop Dozens of U.S. Mutual Funds from Buying the Stock 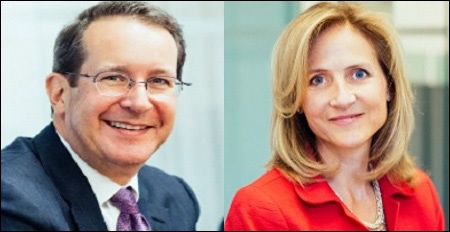 Burford Capital Ltd. is a lawsuit funding company that trades on AIM, part of the London Stock Exchange’s international market for young, growing companies. Securities and Exchange Commission filings in the U.S. show tens of millions of dollars of the stock to be part of the portfolios of big-name mutual funds in the United States, despite a governance structure that takes cronyism to a whole new level.

Since August 7 the stock of Burford has lost 44 percent of its value, as of intraday trading this morning. That’s the date that U.S. short seller, Muddy Waters, released a 25-page detailed and damning report on the company suggesting its accounting is Enron-esque.

What stopped us in our tracks while reading the report was the paragraph revealing that the Chief Executive Officer of Burford Capital Ltd., Christopher Bogart, is married to Elizabeth O’Connell, the Chief Financial Officer of the company. The couple had been married for 25 years when Burford’s Board of Directors approved her as the CFO in 2017, according to our own research.

The paragraph from the Muddy Waters’ report reads:

“BUR’s governance strictures are laughter-inducing. The CFO is the wife of the founder / CEO. Under the best of circumstances, this should alarm investors; however, with a company that consistently books non-cash accounting profits, it is unforgivable. In a situation so ripe for abuse, the very least the company could do is to have an independent CFO. (The CEO has sold a total of £59.4 million of stock.) BUR has cycled through four prior CFOs or senior finance managers (none of whom stayed for long). The table below shows the turnover at CFO and senior finance functions. These facts beg the question ‘Is Elizabeth O’Connell the only CFO who can be relied upon to approve the accounts?’ ”

Since the report came out, O’Connell has stepped down from the CFO position. However, she remains at the company with the title of Chief Strategy Officer.

The career credentials of both Bogart and O’Connell strongly suggest that they should have known this was an insurmountable conflict of interest for a publicly-traded company. Bogart was previously General Counsel of Time Warner Inc. He came to Time Warner from one of the largest, most sophisticated law firms in existence: Cravath, Swaine & Moore. His work there included representing three large publicly-traded companies in the U.S.: GE, IBM and Time Warner. He started his professional career as an investment banker at JPMorgan Chase.

O’Connell was previously an investment banker at Salomon Brothers and a senior Equity Syndicate Director at Credit Suisse.

This background would seriously suggest that the twosome have heard of the Sarbanes Oxley Act of 2002 which sets out strict requirements and internal controls for financial reporting. We don’t think the CEO and CFO living under the same roof for 25 years and sleeping in the same bed is what Sarbanes Oxley had in mind.

Mutual funds holding shares of Burford include American Century World Funds which, as of February 28, 2019 held over $13 million in Burford in various funds.

As of March 31, 2019, the Bernstein International Small Cap fund held $8 million according to its SEC filing.

Other U.S. funds reporting ownership of shares over the past year include Invesco, Nuveen, Putnam and proprietary funds at Goldman Sachs and JPMorgan Chase. As of December 31, 2018, Citigroup’s Retirement Savings Plan reported owning 26,727 shares worth about $564,000 at the time.

This raises the further question of what kind of due diligence is being done at these mutual funds when they can’t catch the fact that the CEO of the company they are investing in is married to the CFO.