Is There a Stealth Financial Crisis? Alarm Bells Are Ringing. 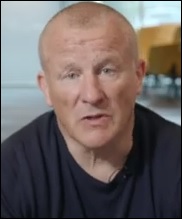 Shhh! Don’t wake the Wall Street bank regulators from their decade-long slumber to whisper in their ear that the same critical signs they ignored in 2007 and early 2008 are rearing their ugly heads again.

Let’s take a look at the clear warning signs that began in July 2007 and then contrast them against what is happening today.

On July 17, 2007 Bear Stearns announced that two of its hedge funds, which had held about $1.5 billion in investor capital in the first quarter of the year, were now mostly worthless. On August 9, 2007 BNP Paribas, France’s largest publicly traded bank, announced it was freezing customer withdrawals from three of its funds, effectively preventing customers from accessing $2.2 billion. It cited “evaporation of liquidity,” and the inability “to value certain assets,” as a reason.

Fast forward to today: On June 3, 2019 one of Britain’s highest profile money managers, Neil Woodford, stunned global markets by announcing that his firm’s flagship fund, the $4.7 billion Woodford Equity Income Fund, would freeze customer withdrawals. The decision resulted from heavy outflows and a large stake in illiquid stocks. The U.K. securities regulator, the Financial Conduct Authority, has opened an investigation into the matter. You can read its initial assessment here.

During the 2007-2008 financial crisis one of the largest commercial banks in the U.S., which had turned itself into the banking equivalent of an Everything Bagel with appendages that included an investment bank, brokerage firm and monster derivatives portfolio, saw its share price evaporate and announced it was firing 50,000 employees on November 17, 2008. That bank was Citigroup, which would have failed but for the largest government bailout in global banking history. In January of 2009, with its share price still unable to find a floor (it eventually found it at 99 cents) Citigroup gathered up all of its toxic assets (otherwise known as irresponsible management decisions) and dumped them into a so-called “bad bank” called Citi Holdings to be sold off at big losses as the media lights dimmed.

Fast forward to today: Germany’s largest bank, Deutsche Bank, which has a heavy footprint on Wall Street, announced this past Monday that it was firing 18,000 employees and creating a bad bank to hold $83 billion in toxic assets. Deutsche Bank has other eerie resemblances to the Citigroup of 2008, not the least of which is the fact that its share price has tanked by 90 percent since early 2007.

Another similarity is this: On November 21, 2008 Citigroup had a common equity market value of $20.5 billion. At the same time, it had a notional (face amount) derivatives book of $33 trillion, according to the Office of the Comptroller of the Currency. According to Deutsche Bank’s 2018 annual report, it has a notional derivatives book of $49 trillion versus a common equity market value (as of overnight trading in Frankfurt) of less than $14 billion.

Both banks also share this very uncomfortable fact: they are a potential source of market contagion because their derivatives are highly interconnected to other global banks as counterparties. And making bank regulators and Congress look all the more incompetent, this fact is just as true for Citigroup today as it was in 2008. (Read how Citigroup effectively legislated away the derivatives reform legislation in one quick stroke of the pen.)

For a look at how easy it is to freeze hundreds of thousands of retail customers from their money in a mutual fund, watch the video below as Neil Woodford delivers the news to his customers last month.