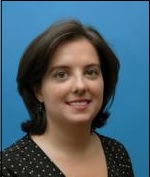 The long-awaited final rule from the Securities and Exchange Commission called Regulation Best Interest, which grew out of the 2010 Dodd-Frank financial reform legislation and was intended to require that the nation’s stockbrokers put their clients’ interests ahead of their own, was voted on by the SEC yesterday. Three Republican Commissioners voted for it while the sole Democrat, Robert Jackson, voted against it and issued a detailed statement on why it sells out Main Street.

SEC Chairman, Jay Clayton, was one of the three who voted in favor of passing the rule. Prior to joining the Trump administration as SEC Chair, Clayton was a law partner at one of Wall Street’s go-to law firms, Sullivan & Cromwell, where he had represented 8 of the 10 largest Wall Street banks within the prior three years. (See related articles below for how that has worked out for the American people.)

A broad range of public interest groups immediately assailed the new rule as a sellout to Wall Street and a green light for the continued fleecing of Main Street.

The proposed rule by Clayton was so bad that the Consumer Federation of America and the Public Investors Arbitration Bar Association (PIABA) held a phone-based news conference the day before the vote to warn the public that the SEC was falsely claiming that the new rule would protect investors.

“The SEC will let investors down with this regulatory package.  In many ways, this is a step backwards. Investors are being told their brokers will adhere to a best interest standard, but the brokers will not actually be required to act in their clients’ best interests. Were this a sales pitch for a public offering reviewed by the SEC, it would have to be determined to be false and misleading.” 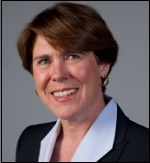 Barbara Roper, the Director of Investor Protection at the Consumer Federation of America, said:

“Instead of strengthening the protections investors receive when they rely on brokers for investment recommendations, they will weaken the protections that apply when investors turn to investment advisers for advice. Congress gave the SEC all the authority it needs to adopt a strong, pro-investor standard for brokers and advisers, and the Chairman made a deliberate choice not to use that authority.”

As part of the news conference, Dennis Kelleher, President and CEO of the watchdog group, Better Markets, said the spin coming out of the SEC on the new rule was simply “a smokescreen to hide what they’re really doing here; which is putting investor interest second” behind the interests of Wall Street. 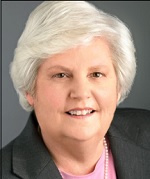 Adding to Clayton’s humiliation for attempting to whitewash the rule as a milestone for investors, the vote was assailed by the 38-million member AARP. Nancy LeaMond, AARP’s Executive Vice President and Chief Advocacy and Engagement Officer said:

“This rule will have a negative impact on the ability of Americans to save and invest for retirement, and we intend to immediately educate our members about its harmful changes. It is hard enough to save for retirement, and we should do all we can to make sure retirement savers are getting the advice they need. Unfortunately, this new rule fails to put investors’ interests first, and AARP stands prepared to continue to fight to protect Americans’ hard-earned savings.”

After the vote, Andy Green, the Managing Director of Economic Policy at the Center for American Progress, issued the following statement: 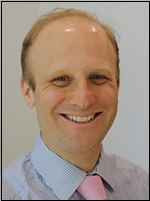 “These new rules are a big setback for working families. Many parts of the retirement industry are built around extracting high fees, often with significant conflicts of interest. The previous White House Council of Economic Advisers showed that these conflicts of interest cost individual retirement account savers alone at least $17 billion every year—knocking 25 percent or more off the returns to hard-working savers over a 35-year period…The SEC is portraying its rules as requiring brokers to act in the so-called best interests of their client. But as SEC Commissioner Robert J. Jackson Jr. indicated this morning, the SEC has done the worst of all worlds—locking in a lowering of standards for everyone. This is a betrayal of those who called for the SEC to be at the table in addressing the serious issue of retirement security for working families.”

PIABA and Consumer Federation of America have created a detailed breakdown of how the new rule fails investors and benefits Wall Street. Major among the shortcomings is that it doesn’t prevent stockbrokers from putting their own interests first. The two organizations explain:

“The prohibition on placing the broker’s interests ahead of the customer’s interests is not included in the disclosure, care, and conflict obligations that fully satisfy compliance with the rule, rendering it unenforceable. Brokers will continue to be permitted to have conflicts that threaten their ability to act in a customer’s best interests. The conflict obligation doesn’t prohibit firms from creating conflicts that would reasonably be expected to encourage and reward advice that is not in customers’ best interests – such as imposing sales quotas for the sale of in-house products or paying brokers more to recommend funds that make revenue sharing payments. The conflict obligation simply requires firms to develop and enforce policies and procedures to ‘mitigate’ most conflicts, including those the firm created. It doesn’t explicitly require those policies to be reasonably designed to prevent conflicts from tainting the broker’s recommendations.”

The fallout from key Wall Street watchers in Congress was also swift. Senator Elizabeth Warren said in a released statement:

“The SEC’s new rules make it easier for Wall Street to cheat families out of their hard-earned life savings. The rules fail to ban conflicts of interest, leave open gaping loopholes, and, despite their deceptive name, don’t require financial professionals to put investors’ interests ahead of their own. American workers are facing a retirement crisis — the SEC should be strengthening protections for investors, not giving the green light for investment professions to trick them into buying harmful, costly products.”

Warren had seen this day coming, writing an OpEd for Bloomberg News in August of last year to address the issue. In the piece, Warren wrote:

“Your lawyer can’t take money from your opponent to give you bad legal advice. If you’re on Medicare, your doctor can’t take kickbacks from drug manufacturers for prescribing their drugs. But, under current law, your broker-dealer can receive monetary rewards and other perks for recommending certain investment products, even if those products aren’t in your best interest…

“Instead of eliminating many of the worst conflicts, the proposal only requires brokers to mitigate and disclose them. So, for example, harmful practices like quotas for the sale of in-house products or contests for hitting certain sales thresholds could continue, even though they encourage brokers to push subpar products so they can collect their rewards from the companies selling them.”

There is a very real retirement savings crisis in America and selling conflicted, higher fee investments to those struggling to create a nest egg will continue to have a devastating impact on seniors living in poverty in the richest country in the world.

As the PBS program, Frontline, detailed in 2013, if you work for 50 years and receive the typical long-term return of 7 percent on your 401(k) plan and your fees are 2 percent, almost two-thirds of your account will go to Wall Street. We checked the math and reported as follows:

It may well be that Clayton underestimated the backlash he was going to receive from this travesty of a “Best Interest” rule. As AARP educates its 38 million members as to what just happened, Clayton’s handiwork may well result in Americans closing their accounts at the nation’s brokerage firms and heading for low-fee, passive index funds.

Merrill Lynch Fine Renews the Question: Can You Trust Your Broker?