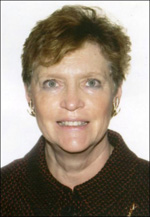 Chief Judge Colleen McMahon of the U.S. District Court for the Southern District of New York

If you needed more proof that the United States is heading in the direction of a dystopian authoritarian state, it arrived last Thursday, May 2, when the Chief Judge for the U.S. District Court for the Southern District of New York wrote a decision finding that the U.S. Justice Department had outsourced a criminal investigation to the target of the investigation – Deutsche Bank – and Deutsche Bank’s outside law firm, Paul, Weiss, Rifkind, Wharton & Garrison. Making the matter all the more interesting, the Chief Judge who wrote the decision, Colleen McMahon, formerly worked for Paul Weiss for 19 years, rising to the rank of partner. She remains, according to this profile, close friends with a number of former and current Paul Weiss lawyers.

Judge McMahon’s takedown of the government’s cozy relationship with Deutsche Bank and Paul Weiss has to be causing a lot of buzz in the Big Apple. The U.S. District Court for the Southern District of New York is where most major Wall Street fraud cases end up and Paul Weiss is a big player in that arena, particularly as defense counsel for the serially charged Citigroup. (See our previous article: Meet the Lawyer Who Gets Citigroup Out of Fraud Charges.)

Libor (London Interbank Offered Rate) is an interest rate benchmark against which trillions of dollars in loans, mortgages and derivatives are set around the globe. Multiple global banks have been charged for their involvement in rigging Libor or similar benchmarks.

In April 2015, Deutsche Bank was given a deferred prosecution agreement in the Libor matter by the Justice Department that resolved wire fraud and antitrust charges. One unit of the bank, Deutsche Bank Group Services of the U.K., pleaded guilty to one count of wire fraud. The bank paid a $775 million fine.

According to Judge McMahon’s most recent decision, Black, one of those convicted, has now made a “rather convincing showing” that Deutsche Bank and Paul Weiss were “de facto the government.” Black, unfortunately, did not know that when he was sitting down with Paul Weiss lawyers and answering their questions during four interviews, at least three of which he did not have the benefit of a lawyer.

McMahon writes further that “…there are profound implications if the Government, as has been suggested elsewhere, is routinely outsourcing its investigations into complex financial matters to the targets of those investigations, who are in a uniquely coercive position vis-à-vis potential targets of criminal activity.”

The chronology of events goes like this. The SEC began to look into Deutsche Bank’s potential role in Libor rigging in 2010. At that time, Deutsche Bank hired Paul Weiss as outside counsel. In April 2010, another Federal agency, the Commodity Futures Trading Commission (CFTC), sent a letter to Deutsche Bank’s general counsel advising that it was also looking into the Libor rigging matter and requested that the bank conduct its own investigation using external counsel. Paul Weiss was put in charge of that matter as well. At the same time that the CFTC opened its investigation, the Department of Justice (DOJ) sent the CFTC a letter requesting that the CFTC share all of the documents it obtained in its Libor investigation with the DOJ. Judge McMahon’s decision notes that as a result of this, the DOJ “received hundred of thousands of documents” pertaining to Deutsche Bank.

The Paul Weiss contribution to the government’s case is described as follows in the Judge’s decision:

“During the course of Deutsche Bank’s nearly five-year internal investigation Paul Weiss lawyers conducted nearly 200 interviews of more than fifty Bank employees – including, of course, of Black – and shared the results of these interview with the Government. In addition to conducting interviews Paul Weiss extracted and reviewed 158 million electronic documents…As the investigation proceeded, counsel ‘interacted with [the Government] on hundreds if not thousands of occasions.’ This included some 230 phone calls and 30 in-person meetings with Government officials. For the final 14 months of the Bank’s internal investigation, counsel held joint ‘weekly update calls’ to provide the Government with the latest developments and afford it an opportunity to ‘make new requests.’ Included on these calls were, among others, representatives from the DOJ Antitrust Division…the DOJ Criminal Divison…the CFTC; and the Federal Bureau of Investigation…”

On January 21, 2015, Paul Weiss issued its “White Paper,” which summarized its investigation. The paper noted in part:

“We believe that these efforts…have provided the DOJ with a full and complete picture of the facts. Indeed, we expect that much (if not most) of the information that will ultimately be used in making charging decisions…will have come from the Bank’s identification of notable communications and its having brought those communications to the DOJ’s attention.”

The Judge wrote that the government didn’t take any investigative depositions on its own unless it had “first passed through the maw of Paul Weiss’s five-year, $10 million investigative machine and been fully digested for the Government by the target of the investigation…It is hard not to conclude that the Government did not conduct a single interview of its own without first using a road map that Paul Weiss provided – illuminating just how the Government should ‘investigate’ the case against certain Deutsche Bank employees, including Black.

Despite this serious smackdown of the behavior between the government and Paul Weiss, Judge McMahon did not overturn Black’s conviction. She wrote that “The evidence that the government obtained against Black from its many independent sources was overwhelming.” The question is how could the sources be “independent” if Paul Weiss was providing the “road map” to these very sources.

It remains to be seen how the Second Circuit Appellate Court might view all of this. The lawyers for Black and Connolly have previously suggested to the Court that Deutsche Bank was motivated to avoid a criminal charge against the bank by scapegoating these two employees.

In any event, this decision will certainly cause a lot of traders to question if they want to interview for a job at Deutsche Bank and it further impugns the sagging reputation of the U.S. Department of Justice. (See Related Articles below.)

Editor’s Note: Pam Martens, the co-author of the above article and Editor of Wall Street On Parade, worked for two major Wall Street firms for 21 years. During that time, from 1996 through 2001, Martens challenged Wall Street’s mandatory arbitration system and the sexual assaults and sexual harassment of women facilitated under that system in a lawsuit filed in the U.S. District Court for the Southern District of New York and at the 2nd Circuit Court of Appeals. The case was Martens v Smith Barney. Martens originally served as lead plaintiff. The settlement fashioned by plaintiffs’ attorneys and Paul Weiss was deemed a mass of conflicts by Martens and the New York City and New York State branches of the National Organization for Women. Martens withdrew from the settlement and did not receive any funds from the settlement.