The Kavanaugh Nomination’s Money Trail Leads Back to Clarence Thomas 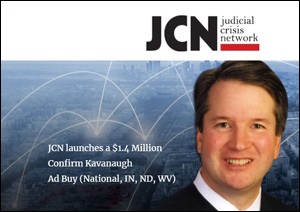 The dark money stench now surrounding the Brett Kavanaugh Supreme Court nomination  bears a striking resemblance to what happened in the backdoor effort to land Clarence Thomas onto the Supreme Court in 1991. After credible testimony from Anita Hill over egregious sexual harassment by the nominee, Thomas was confirmed in a 52 to 48 vote by the Senate on October 15, 1991. That was the narrowest margin for a Supreme Court nominee in more than a century.

In 2011 it emerged that Virginia Thomas, wife of Clarence Thomas, had received at least $1,051,214 in compensation from the Heritage Foundation from 1999 to 2007 while Thomas sat as a Supreme Court justice. Despite his legal requirement to report that income and its source, he had failed to do either and had to amend years of his financial disclosure reports.

The Heritage Foundation has been heavily funded over the years by the billionaire Koch brothers, Charles and David Koch, the majority owners of the fossil fuels conglomerate, Koch Industries. Greenpeace calls the Heritage Foundation “Koch Industries’ Climate Denial Front Group” and reports that it has received $5,716,325 from Koch foundations from 1997 through 2015. That funding is just the tip of the iceberg, however. Tens of millions more have come from the Koch network, a group of super wealthy corporate heirs who meet semi-annually to strategize on how to assert their will on Washington.

As we have previously reported, Koch-related individuals are now spread in pivotal posts throughout the Trump administration. (See How Did Koch Industries’ Law Firm Grab Control at the White House.)

Both Clarence Thomas and Brett Kavanaugh have received assistance from Rupert Murdoch’s media empire. While Justice Thomas was sitting on the Supreme Court, HarperCollins, the book division of Murdoch’s News Corp, paid the justice $1.5 million in book advances and royalties over a period of four years. On Monday of this week, Kavanaugh and his wife, Ashley, appeared on Fox News, another Murdoch business, for a softball interview which allowed Kavanaugh to proclaim his innocence in the sexual assault allegations he is facing.

According to an IRS public tax filing by the Wellspring Committee for tax year 2016, it received a whopping $32 million (more than three times its prior year’s income) in dark money. According to MapLight, $28.5 million of the $32 million came from a single, anonymous donor. (Wellspring is a dark money organization and does not have to make its donors’ names public.) In 2016, Wellspring took 72 percent of its annual income and gave it to the Judicial Crisis Network, a stunning $23,454,997.

The 2016 tax return for the Wellspring Committee lists Neil Corkery as the “principal officer.” On December 31, 2009, when sitting justice Clarence Thomas’ wife, Virginia, filed a registration for her nonprofit, Liberty Central, Inc., with the State of West Virginia, she listed her accountant as the same Neil Corkery.

Liberty Central was created by Virginia Thomas while the Citizens United case was pending before the Supreme Court. The decision in that case allowed an explosion of corporate money to saturate political campaigns. Helping her set up her nonprofit was Sarah Field, a former lawyer for the Charles G. Koch Foundation acting as her General Counsel and Matt Schlapp, a former Koch lobbyist, serving on her board of directors at inception.

After much public scrutiny of the anonymous money flowing into Liberty Central, Virginia Thomas disassociated herself with the group. Since that time, however, Clarence Thomas has been reporting income for Virginia Thomas on his financial disclosure forms from a Liberty Consulting. Curiously, however, he fails each year to say just how much that income amounts to.