Kavanaugh Hearing: Yes, There’s a Conspiracy; But It’s Not Coming from Dems 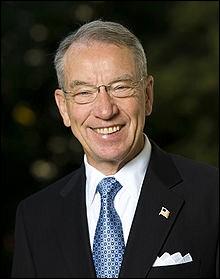 The front groups that have been funded for decades by billionaires Charles and David Koch, majority owners of the fossil fuels conglomerate, Koch Industries, are determined to put Brett Kavanaugh on the Supreme Court because he has demonstrated a willingness to write decisions favorable to gutting regulations on greenhouse gas emissions. Whether Kavanaugh has a history of sexual assaults is irrelevant to that agenda.

As recently as last evening, a dark money group that keeps its donors a secret from the American people, the Judicial Crisis Network, continued running its multi-million dollar ad campaign on television in support of Kavanaugh. This week, its Chief Counsel, Carrie Severino, has made the rounds on cable news shows calling the women’s allegations a smear campaign. The Judicial Crisis Network has been running these ads since July and says it is prepared to spend upwards of $10 million to confirm Kavanaugh. When it takes that kind of an effort to confirm a justice, you know something is seriously wrong. In 2016, just one single anonymous donor contributed a stunning $28.5 million to the Wellspring Committee, another dark money group that funnels the bulk of its money to the Judicial Crisis Network. (See our prior reporting here.)

Donald Trump is willing to ignore all of the overt warning signs about Kavanaugh’s Dr. Jekyll and Mr. Hyde personality because he shares a kinship with Kavanaugh when it comes to viewing young, vulnerable women as disposable. But more importantly, Trump has stuck with Kavanaugh this long because Kavanaugh views a sitting President as beyond the reach of the law.

The Republican Chair of the Senate Judiciary Committee, Charles (Chuck) Grassley, comes from the state of Iowa where evangelicals are a major voting bloc. Evangelicals want an archly conservative justice like the choir boy Kavanaugh professes to be on the court. That explains why Grassley is prepared to turn his committee into a kangaroo court by refusing to subpoenaing the key, essential eyewitness, Mark Judge, to testify at today’s hearing between Dr. Christine Blasey Ford and Kavanaugh. Ford has provided written testimony that Judge, a close high school friend to Kavanaugh, was present in the room when Kavanaugh sexually assaulted her when she was 15 and he was 17.

Grassley also has refused to request an FBI investigation into the now multiple allegations of sexual assault by other women against Kavanaugh. Grassley has refused to allow the other women making allegations to testify at today’s hearing, despite their willingness to testify under oath and under penalty of perjury charges. Grassley has refused to ask the FBI to investigate the claims of Judge’s previous girlfriend of about three years, Elizabeth Rasor, who told The New Yorker’s Ronan Farrow and Jane Mayer that “Judge had told her ashamedly of an incident that involved him and other boys taking turns having sex with a drunk woman.” That allegation dovetails with the gang rape allegations that have been made under a sworn affidavit to the Judiciary Committee by Julie Swetnick.

Instead, Grassley has outrageously called for a Committee vote on the Kavanaugh nomination for tomorrow morning – effectively following the demands of Senate Majority Leader Mitch McConnell to “plow right through” and install Kavanaugh on the Supreme Court, regardless of the reputational damage it does to both the Court and trust in the rule of law by Americans.

Grassley also has an unseemly tie to Koch Industries. Grassley used Koch Industries vast voter database, i360, to help him get re-elected to another six-year term in the Senate in 2016. Why is the FBI and Justice Department allowing a sprawling, multi-national fossil fuels company to own a voter data base and insert itself into U.S. elections — and in Australian elections.

All of this smacks of a very real conspiracy worthy of investigation by the FBI.