Yesterday, two of the most trusted reporters in America, Ronan Farrow and Jane Mayer of The New Yorker, reported that Senate Democrats are investigating a second sexual assault allegation against Supreme Court nominee Brett Kavanaugh. The second charge comes from a woman who attended Yale University when Kavanaugh was a freshman there in the 1983-84 school year. The women, Deborah Ramirez, told the reporters that “she remembers Kavanaugh had exposed himself at a drunken dormitory party, thrust his penis in her face, and caused her to touch it without her consent as she pushed him away.”

Like Dr. Christine Blasey Ford, the first woman to accuse Kavanaugh of sexually assaulting her when she was 15 and he was 17, Ramirez is also calling for the FBI to investigate the incident. Dr. Ford, a professor in clinical psychology in California, is expected to testify this coming Thursday before the Senate Judiciary Committee in a public hearing.

Former Federal prosecutors have been regularly appearing on news programs stating that while investigating sexual assault is not the role of the FBI, re-opening the background check that it did on Brett Kavanaugh is not only necessary, but critically needed, under the circumstances. Neither Chuck Grassley, the Chair of the Senate Judiciary Committee that is conducting the confirmation hearings for Kavanaugh, nor the White House that requested the original background check, have been willing to re-open the FBI’s investigation into Kavanaugh – leading millions of Americans to lose faith in the process of putting a judge in a lifetime position on the highest court in the nation.

Farrow and Mayer note that by his freshman year at Yale, “Kavanaugh was eighteen, and legally an adult.” If the Ramirez allegation is true, that would mean that Kavanaugh perjured himself before the Senate Judiciary Committee write the reporters because he “swore under oath that as a legal adult he had never ‘committed any verbal or physical harassment or assault of a sexual nature.’ ”

While The New Yorker report could not find eyewitnesses who would confirm the Ramirez allegation, a classmate who was not present when the alleged assault happened told the reporters that he was “ ‘one hundred per cent sure’ ” that he had been told either on the evening of the incident or “in the next day or two” that “Kavanaugh was the student who exposed himself to Ramirez.”

“This alleged event from 35 years ago did not happen. The people who knew me then know that this did not happen, and have said so. This is a smear, plain and simple. I look forward to testifying on Thursday about the truth, and defending my good name — and the reputation for character and integrity I have spent a lifetime building — against these last-minute allegations.”

Also yesterday, Michael Avenatti, the attorney representing Stormy Daniels, the woman to whom Donald Trump paid $130,000 in hush money over an alleged affair, tweeted this:

“I represent a woman with credible information regarding Judge Kavanaugh and Mark Judge. We will be demanding the opportunity to present testimony to the committee and will likewise be demanding that Judge and others be subpoenaed to testify. The nomination must be withdrawn.”

Avenatti also tweeted that the woman he represents is not Ramirez. 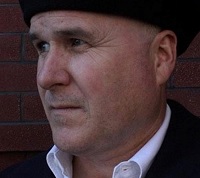 Mark Judge is the pal of Kavanaugh whom Dr. Ford identified as being present in the room at the time Kavanaugh assaulted her. Judge has said he has no memory of the incident and declined to testify before the Senate Judiciary Committee. Grassley, thus far, has refused to subpoena Judge’s testimony despite growing demands that he do so.

Avenatti also tweeted the contents of emails between himself and Mike Davis, the Senate Judiciary Committee’s chief counsel for nominations. In one email dated 6:06 p.m. last evening, Avenatti told Davis the following:

“…We are aware of significant evidence of multiple house parties in the Washington, D.C. area during the early 1980s during which Brett Kavanaugh, Mark Judge and others would participate in the targeting of women with alcohol/drugs in order to allow a ‘train’ of men to subsequently gang rape them. There are multiple witnesses that will corroborate these facts and each of them must be called to testify publicly…Please note that we will provide additional evidence relating to the above conduct both to the Committee and the American public in the coming days.”

In an interview with Politico that was published just before midnight last evening, Avenatti said that he represents “a group of individuals” one of whom he would describe as a victim, who will corroborate allegations against Kavanaugh and Judge. Avenatti also told the publication that the female accuser “will likely appear on camera for an interview” before she testifies before the Senate Judiciary Committee.

It’s going to be difficult for the Senate Judiciary Committee not to take Avenatti’s statement seriously. For weeks before the facts emerged to substantiate Avenatti’s allegations against Trump, Avenatti appeared on multiple cable news programs stating that Donald Trump had paid hush money to multiple women and that Michael Cohen, Trump’s long-time attorney, would eventually flip on Trump.

Kavanaugh and Judge were classmates at Georgetown Preparatory School when the alleged attack on Dr. Ford occurred in a private home with no adult supervision present. Ford attended Holton-Arms School, not far from Georgetown Prep. Judge is now a writer who in a 2015 article wrote that “if that man is any kind of man, he’ll allow himself to feel the awesome power, the wonderful beauty, of uncontrollable male passion.” On his Georgetown Prep yearbook page, he featured a quotation from playwright Noel Coward, which appeared to endorse violence toward women: “Certain women should be struck regularly, like gongs” he wrote.

Farrow and Mayer also report in yesterday’s New Yorker article that a woman who was in a three-year relationship with Judge, Elizabeth Rasor, told them that Judge had told her of “an incident that involved him and other boys taking turns having sex with a drunk woman. Rasor said that Judge seemed to regard it as fully consensual. She said that Judge did not name others involved in the incident, and she has no knowledge that Kavanaugh participated.” Judge denied the allegation through his attorney.