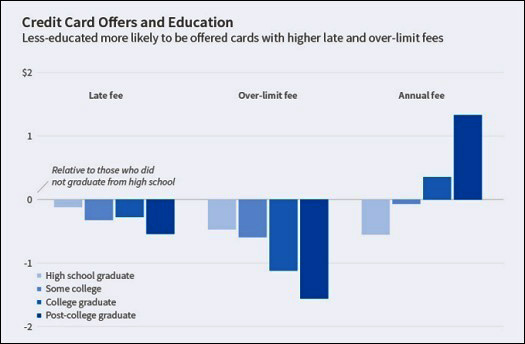 The Kansas City Fed’s annual symposium in Jackson Hole is typically a dry affair with central bankers and economists expounding on theories that are incomprehensible to the average working person — whose focus is on making their monthly mortgage payment, saving for their children’s college tuition and building a nest egg for retirement.

This past weekend’s event, however, produced one highly relevant paper for the average Joe. Professor Antoinette Schoar of the Massachusetts Institute of Technology (MIT) spoke on the effect of investments by “JP Morgan Chase, Citi, Goldman Sachs and Bank of America into AI [artificial intelligence], machine learning and big data,” stating that their investments are “a multiple of all other banks.” Schoar warned that the “emergent Fintech technologies” that result from these large investments “might in fact reinforce concentration in the industry given the enormous economies of scale from having larger data sets.” 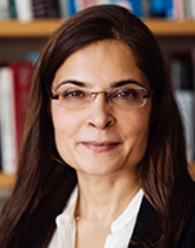 The larger data sets in the banking industry that Schoar is talking about is akin to what Facebook is doing in micro-profiling its users in order to offer deeply granular information to advertisers and thus gain ever larger market share of ad dollars. What the mega Wall Street banks are doing with artificial intelligence and machine learning is separating its customers into categories of financially sophisticated, less sophisticated, and outright dummies. That data is then used to effectively prey on the financially unsophisticated.

Schoar explained what is happening as follows:

“The availability of much more detailed data about individual customers combined with powerful new analytics tools, such as AI and Big Data, allows for much more individualized pricing of services. Financial service providers are able to model not only the credit risk of customers but also their latent demand and financial sophistication. This allows for highly individualized pricing, including the ability of target customers’ behavioral biases and inattention to financial details.”

Citing a study she conducted with Hong Ru of the Nanyang Technological University in Singapore, Schoar explained:

“We show that there are substantial differences in the offers that issuers extend to potential customers. To undertake this analysis, we draw upon a dataset gathered by Compremedia a company that tracks entirety of the US credit card lending market. This allows us to look at the structure of offers with which the same issuer targets different customers. We find that less-sophisticated borrowers receive offers with more back-loaded and hidden features.  In contrast, more highly educated households were offered cards with front-loaded features such as stable regular purchasing APRs [annual percentage rate] and low late fees and over-limit fees.”

Schoar also raised the potential that central banks are sadly lagging the big banks when it comes to access to big data, stating that “Historically we often believed that Central Banks had the most comprehensive and accurate view of the state of the economy. But the rapid growth of these new digital technologies has created a market dynamic, where many institutions outside the Central Bank system might soon have much more comprehensive, more accurate and also more timely information than the regulators.”

That’s exactly what happened in the leadup to the epic financial crash on Wall Street in 2008. While the U.S. central bank, the Federal Reserve, was predicting smooth-sailing ahead, the big banks were preparing for a financial catastrophe by buying billions of dollars in credit default swaps on weak players and shorting the residential mortgage-backed securities market. Their real-time internal big data far outpaced the intelligence gathering of their regulator, the Federal Reserve.

As for big Wall Street banks preying on the financially unsophisticated – this has been going on for a long time. Artificial intelligence and machine learning will simply enshrine it as a business model across Wall Street.

On July 20, 2001, Gail Kubiniec, a former assistant manager at a Citigroup affiliate, CitiFinancial, testified to the Federal Trade Commission (FTC) on the predatory lending habits of the firm. Kubiniec stated:

“Employees would receive quarterly incentives, called ‘Rocopoly Money,’ based on how many present borrowers they ‘renewed’ (refinanced) into new loans…Typically, employees would only state the total monthly payment amount in selling a proposed loan.  Additional information, such as the interest rate, and the financed points and fees, closing costs, and ‘add-ons’ like credit insurance, were only disclosed when demanded by the borrower…When quoting the monthly payment, I frequently quoted the payment with coverages already included, telling the consumer only that it was ‘fully protected.’ This was a common practice used by employees at CitiFinancial…The pressure to sell coverages came from CitiFinancial’s Regional and District Managers.  Each branch had monthly credit insurance sales goals to meet…If these goals were not met, the District Manager would call and put pressure on the Branch Manager to get the branch up to par.”

And how did CitiFinancial determine its prime prey? Kubiniec testified as follows: “I and other employees would often determine how much insurance could be sold to a borrower based on the borrower’s occupation, race, age, and education level.  If someone appeared uneducated, inarticulate, was a minority, or was particularly old or young, I would try to include all the coverages CitiFinancial offered.  The more gullible the consumer appeared, the more coverages I would try to include in the loan…”

The FTC settled the case with a $215 million fine against the company and Citigroup went on its merry way ripping off other customers.

The bottom line here is that one doesn’t have to be an MIT scientist to know that what was rotten on Wall Street 17 years ago is still rotten today. Artificial intelligence and machine learning has simply put the predatory abuses on steroids.