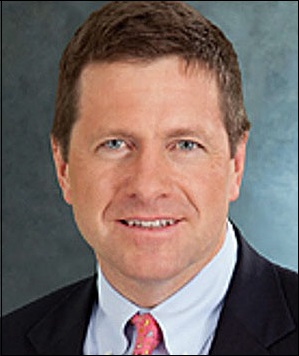 Jay Clayton, Chair of the SEC

In towns across America there are laws that prevent government officials from meeting secretly. Typically, the officials must first publish a notice to the public with the date and time of the meeting; circulate the notice in a widely read publication and post the notice on the official website in order to give the public advance notice and the ability to attend the meeting or hearing.

The ability of the U.S. public to attend government meetings; hear firsthand what is being done with taxpayers’ dollars; ask questions about any perceived conflicts that might exist; and file Sunshine law requests for documents is how citizens hold government officials accountable.

When we lose that, we lose the entire concept of America as a country of the people, by the people and for the people. Thus, any effort at all to whittle away at open government laws must be viewed as a dangerous encroachment on democracy.

Tragically, the mainstream media and much of America were so enamored with President Obama’s statesmanship and his status as the first black to sit in the highest office of the United States, that he was able to preach transparency while delivering darkness to a vast part of his government. Under President Donald Trump, the dark curtain has enveloped more and more parts of the Federal government with new details coming out just this week. We’ll get to those details in a moment, but first some necessary background to show that Wall Street Democrats have failed the American people as well as Republicans.

President Obama took office on January 21, 2009. On that very day, he issued an Open Government memo that promised the American people a new era of transparency. On March 19, 2009, under the President’s orders, the Attorney General’s office issued detailed guidelines on how Federal agencies were to respond going forward to Freedom of Information Act (FOIA) requests.  Federal agencies were instructed as follows:

“The key frame of reference for this new mind set is the purpose behind the FOIA. The statute is designed to open agency activity to the light of day. As the Supreme Court has declared: ‘FOIA is often explained as a means for citizens to know what their Government is up to.’ NARA v. Favish, 541 U.S. 157, 171 (2004) (quoting U.S. Department of Justice v. Reporters Comm. for Freedom of the Press, 489 U.S. 749, 773 (1989)…The President’s FOIA Memoranda directly links transparency with accountability which, in turn, is a requirement of a democracy. The President recognized the FOIA as ‘the most prominent expression of a profound national commitment to ensuring open Government.’  Agency personnel, therefore, should keep the purpose of the FOIA — ensuring an open Government — foremost in their mind.”

It was a grand exercise in illusion. For the next eight years, Wall Street On Parade and hundreds of other reporters and nonprofits were denied access to documents and materials that would have allowed us to hold our government accountable.

The most dramatic example of this was the fact that the Federal Reserve Board of Governors, designated an independent Federal agency and subject to FOIA laws, refused for years to respond to media requests for the details of loans it had made to Wall Street firms during the financial crisis. The Fed fought the media in court for years to keep this information secret. Only when it finally lost its court case and Senator Bernie Sanders attached an amendment to the Dodd-Frank financial reform legislation requiring a Government Accountability Office (GAO) Audit of the Fed, did the public learn that the Fed had become a secret government unto itself.

Without the knowledge or approval of Congress, the Federal Reserve had made $16.1 trillion cumulatively in almost zero interest rate loans from 2007 to mid 2010 to bail out the big Wall Street banks and their foreign counterparts. Almost half of that amount, $7.8 trillion, went to just four Wall Street mega banks: $2.5 trillion to Citigroup; $2 trillion to Morgan Stanley; $1.9 trillion to Merrill Lynch; and $1.3 trillion to Bank of America. (See the chart below from the 2011 GAO report for the full list of bailed out banks.)

Mark Pittman of Bloomberg News was one of the reporters who fought the Fed for this information. He died in the midst of this battle at age 52 on November 25, 2009. A year after Pittman’s death, his editor at Bloomberg News, Bob Ivry, wrote about the contemptuous treatment Pittman had received at the hands of the U.S. Treasury. Ivry wrote:

“More than 20 months later, after saying at least five times that a response was imminent, Treasury officials responded with 560 pages of printed-out e-mails — none of which Pittman requested. They were so heavily redacted that most of what’s left are everyday messages such as ‘Did you just try to call me?’ and ‘Monday will be a busy day!’

“Treasury also cited the trade-secrets exemption in responding to a separate, similar FOIA request by Bloomberg News for details about Citigroup’s segregated bad assets. In that response, 73 of 104 pages were completely blacked out except for headings. Only six pages — the cover, contents, a boilerplate list of legal disclosures and a paragraph titled ‘FOIA Request for Confidential Treatment’ — were free of redactions.”

The same year that the GAO released its Fed study on the trillions of dollars loaned to Wall Street, the Occupy Wall Street movement was born with the slogan: “Banks got bailed out, we got sold out.” Details would not come out for years attesting to just how accurate that characterization was. In January 2017 the public learned from another GAO study that the struggling citizens of America had received paltry billions in help during the financial crisis while the corrupt banks that had caused the crisis received trillions. The GAO study showed that as of October 31, 2016 only $22.6 billion had been disbursed to help distressed homeowners.

In 2016 the GAO released a report showing that during the Obama administration lawsuits by persons who were unable to obtain Federal records that they believed belonged in the public domain grew dramatically. In 2008, the last year of Bush’s presidency, 321 Freedom of Information Act (FOIA) lawsuits were filed. By 2014, that number had spiked to 434 lawsuits and registered 456 in 2015, an increase of 42 percent over 2008.

Wall Street On Parade made dozens of requests under FOIA while President Obama was President. We were stonewalled at every turn. We asked the Federal Reserve Bank of New York simply for a photograph of its trading floor. They refused to give us one. We had to spend endless days in order to find them elsewhere. In 2014 we asked the Securities and Exchange Commission (SEC) about how specific Dark Pools operate on Wall Street. They refused our request. In 2010 we asked the SEC to provide us with the names of two Wall Street firms who it had publicly admitted had played a pivotal role in the Flash Crash of May 6, 2010. It denied our request. In 2014 the Office of the Comptroller of the Currency (OCC), the Federal regulator of national banks, denied our FOIA appeal for documents related to JPMorgan Chase carrying life insurance on tens of thousands of its workers with the corporation named as the beneficiary. (See OCC Response to Appeal from Wall Street On Parade Re JPMorgan Banker Death Bets.)

Senator Elizabeth Warren, acting as a watchdog for the public, has consistently been denied access to Wall Street documents. On April 11, 2013, Senator Warren indicated at a Senate hearing that she had been stymied in her attempts to gather documents from the Federal Reserve and Office of the Comptroller of the Currency (OCC) to carry out the Senate’s oversight function. Warren stated:

“Over the last few months, Congressman Elijah Cummings and I have requested documents from your agencies regarding the basic data and the processes of the Independent Foreclosure Review. We made 14 specific requests to you in January, and despite multiple letters back and forth and multiple meetings, you have provided only one full response, three partial or minimal responses, and no response to nine of our requests. You have provided little specific information on what the review actually found, such as the number of improper foreclosures, the amount and number of inflated fees, or the extent of abusive practices by each of the mortgage servicers.”

All of the above occurred under the Obama administration. It’s getting worse under President Trump. Yesterday Bloomberg News reported that the SEC is now settling cases against banks and hedge funds without issuing press releases as it has historically done, ostensibly to save the firms embarrassment and deny the public the ability to see that wrongdoing continues unabated on Wall Street despite the huge fines following the financial crash. Last month, Susan Antilla and Gary Rivlin wrote an in-depth report for The Intercept showing how Trump’s SEC is allowing more secrecy in what Wall Street itself has to report to the public.

Now the U.S. Treasury, headed by the former foreclosure king, Steve Mnuchin, has announced it plans to hold a secret meeting of the Financial Stability Oversight Council (F-SOC) next Wednesday, February 21. F-SOC was created under the Dodd-Frank financial reform legislation of 2010 to make sure the financial collapse of 2008 would never happen again. That collapse was the worst economic event for the United States since the Great Depression of the 1930s. Given the financial devastation to citizens from that collapse, the public has every right to know about any new financial stability threats facing the nation.

Sitting in on that secret meeting will be representatives from the super secret Federal Reserve that took the elected members of Congress out of the loop as it spent years secretly funneling $16 trillion to Wall Street and foreign banks. Also present will be a representative from the increasingly secret SEC as well as other highly conflicted Federal regulators of Wall Street. The SEC will likely be represented by its Chair, Jay Clayton, who we previously reported had represented 8 of the 10 largest Wall Street banks in the three years prior to his assuming his SEC post last year.

The 24/7 cable news programs are consumed with investigating Russia. We’re not saying that’s not important but it’s happening while nothing is being reported about the growing dangers on Wall Street. The Republican-led Congress is consumed with funding wars against foreign terrorists. But it was neither Russia nor foreign terrorists that dealt America the two worst financial and economic crises in its history: the 1929-1932 and 2008-2010 Wall Street collapses and ensuing economic calamities. These occurred from well-documented illegal acts by Wall Street firms as their Federal regulators wore blindfolds.

The American public has only two choices today: allow the Trump administration to draw this dark curtain ever tighter around the actions of Wall Street and face another guaranteed financial system collapse; or march on Washington in mass protests until this era of robber baron secrecy ends.