Another Embarrassing Shoe Set to Drop for Trump and His Lawyers 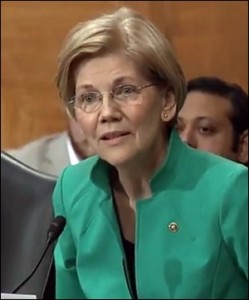 Two of the most intuitive members of Congress, Senator Elizabeth Warren and Congressman Elijah Cummings, sent a letter to the Comptroller General of the Government Accountability Office (GAO) all the way back on November 23, 2016 demanding an investigation of President-elect Donald Trump’s transition team expenditures, business conflicts and communications with foreign leaders. If the duo had been peering into a crystal ball, they couldn’t have delivered a more prescient recital of today’s unprecedented train wreck in the White House.

The GAO report is set for draft release to relevant Federal agencies this month. Expect leaks before its official public release.

The GAO is the nonpartisan Congressional watchdog that investigates, at the beckoning of members of Congress, how the Federal government spends taxpayer dollars. GAO says its mission is to “provide Congress with timely information that is objective, fact-based, nonpartisan, nonideological, fair, and balanced.” For the most part, it succeeds in its mission although Wall Street On Parade has noticed a certain timidity creeping into its work.

“Mr. Trump currently serves as the Chairman and President of the Trump Organization, a ‘sprawling’ international real estate conglomerate with ‘deep ties to global financiers [and] foreign politicians.’ According to public reports, the Trump Organization has ‘deep [business] connections’ to countries like China, Libya, and Turkey and may expand into Ukraine and Russia. Several weeks ago, the general counsel for the Trump Organization, Michael Cohen, claimed that Mr. Trump is ‘not interested in the company anymore.’

“Just last week, we learned that despite claims that Mr. Trump is not interested in his business anymore, the Trump Hotel in Washington, D.C. hosted ‘about 100 foreign diplomats, from Brazil to Turkey … to sip Trump-branded champagne, dine on sliders and hear a sales pitch about the U.S. [P]resident-[E]lect’s newest hotel.’ Diplomats told the press that ‘spending money at Trump’s hotel is an easy, friendly gesture to the new president.’ Mr. Trump recently took a break from his preparation for the Presidency to meet ‘in his office at Trump Tower with three Indian business partners’ and his adult children, who will soon take over his company. New reports this week indicate that when Argentinean President Mauricio Mauri called to congratulate Mr. Trump on his victory, Mr. Trump ‘asked Macri to deal with the permitting issues that are currently holding up’ a Buenos Aires office building project planned by Mr. Trump and his Argentinean partners. At this point, it is not clear if the line between Mr. Trump’s Presidency and his and business ventures is blurred — or entirely nonexistent.

“Several weeks ago, the general counsel for the Trump Organization, Michael Cohen, explained that Mr. Trump will transfer management of the Trump Organization to his adult children, who will run the company ‘through a blind trust.’ But claims that Mr. Trump will set up a ‘blind’ trust do not appear to be consistent with the meaning of that term or with legal requirements that apply to such trusts. A qualified blind trust, which must be approved by the Office of Government Ethics, would allow Mr. Trump to forgo reporting the details of some assets in his financial disclosures. The Ethics in Government Act explicitly prohibits Mr. Trump’s children from managing such a trust….”

The letter also asks for an analysis of taxpayer-funded expenditures remitted to Trump or his organization, noting that in “the early months of the presidential campaign, Mr. Trump charged the Secret Service $1.6 million for flights” because he owned the airline on which the Secret Service had flown. 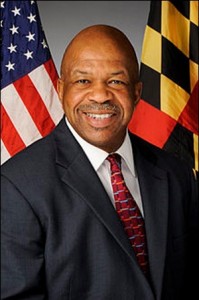 “…Australian Prime Minister Malcolm Turnbull had a fifteen-minute conversation with Mr. Trump on the President-Elect’s personal cell line, after acquiring Mr. Trump’s cell phone number from an Australian golfer with ties to Trump. There is no indication of whether this call or Mr. Trump’s other phone calls with foreign leaders were on secure phone lines. Before Mr. Trump’s first meeting with a foreign leader, Japan’s Shinzo Abe, the State Department had no involvement with protocol and preparation; subsequent photos of the meeting appear to indicate that Mr. Trump’s daughter attended, but that there was no State Department translator in attendance.”

According to a letter from the GAO dated April 5, 2017, it has been working on this matter since at least February when it met with the staffs of Warren and Cummings. It said it plans to release an internal draft report to the Office of Government Ethics, the General Services Administration, State Department, Department of Defense, Department of Homeland Security, and the Executive Office of the President for comment prior to officially releasing the report to the public. It is customary for those comment letters to be included in the report’s official release to the public.

Since the President now has legal counsel framing every public statement related to his communications with Russian foreign leaders, diplomats or bankers, it is very possible the release of the official GAO report to the public may be stymied by the President’s lawyers delaying in providing their comments to the GAO.

That would not, however, prevent others from leaking portions of the draft report – since leaks have now become an almost daily occurrence in Washington.

One of the individuals mentioned in the Warren/Cummings letter, the President’s lawyer, Michael Cohen, has been issued a subpoena by the House Intelligence Committee along with former National Security Adviser Michael Flynn according to a report yesterday from Time Magazine. The subpoenas cover a request for testimony, personal documents and business records, according to the report.

CNN also reported yesterday that former FBI Director, James Comey, is expected to testify in a public session next week before the Senate Intelligence Committee. Media reports indicate that Comey has described a prior meeting with President Trump as demanding his personal loyalty to the President while in another meeting the President asked him to back off the investigation of Michael Flynn – a potential basis for asserting obstruction of justice charges against the President. Comey is reported to have written a detailed memo describing his meeting with the President regarding Flynn. That memo is not expected to be released at next week’s hearing due to the ongoing Special Counsel investigation. Comey may, however, be asked for his recollection of what was said in that meeting with the President.

One of the most curious questions about Trump’s transition team is how a team infused with so many high-priced lawyers from the largest law firms in the U.S. could now be facing so many investigations for ethics lapses and national security breaches. According to this transition team roster, the following BigLaw firms were represented on the Trump transition team: Jones Day; WilmerHale; Skadden Arps; Sidley Austin; Proskauer Rose; Davis Polk & Wardwell; Holland & Knight; and Gibson, Dunn & Crutcher. (See our previous coverage: Big Law Moves Big Time into Trump Administration – After Financing Hillary’s Campaign.)