Dems Press Conference May Have Contributed to Naming of Special Counsel 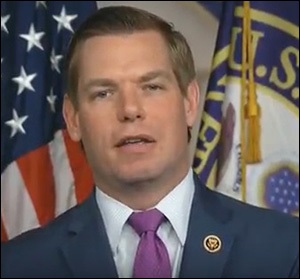 Yesterday, an earnest group of House Democrats held a widely covered press conference to variously cajole and shame Republicans into signing legislation that would result in the appointment of an Independent Commission to investigate Russia’s involvement in the 2016 Presidential election. At the end of the day, there was no Independent Commission but there was the stunning news that Deputy Attorney General Rod Rosenstein has signed an order naming the widely respected former FBI Director, Robert Mueller, to become Special Counsel for the inquiry.

At the press conference, Congressman Elijah Cummings, the Ranking Member of the House Oversight and Reform Committee, chided the Committee’s Republican Chairman, Jason Chaffetz, for repeatedly threatening to use his “subpoena pen” but never actually getting around to doing so. Cummings said:

“In March, just a month after the President allegedly pressured Director Comey to drop the [Michael] Flynn investigation, Chairman Chaffetz and I sent a bipartisan letter to the White House requesting documents relating to General Flynn. But the White House completely refused. The White House is obstructing our investigation, covering up for General Flynn, and refusing to provide not a single document – not a single syllable; zilch, nothing.” (See video of full press conference below.)

Equally strident were the comments made by Congressman Eric Swalwell, a former prosecutor from California. Swalwell and Cummings had introduced legislation in December to create the Independent Commission and as the press conference took place, their fellow House Democrats were circulating a discharge petition to force a vote on the bill. Swalwell made the following appeal to Republicans:

“They saw a candidate who admired their President. And they wanted to reduce the role of NATO. Now what does this mean to all of us?

“The campaign that they ran was quite complicated. But understanding what it means to everyday Americans is not complicated at all. It means that our right to go from the debate stages to the stump to the ballot box and have a free and fair election has now been threatened.

“The most disturbing finding from the Intelligence Report back in January is not what Russia did but what they intend to do again. They are undergoing a lessons-learned campaign to attack America again. And by the looks of Washington today, they’ll probably do better next time. Because we have seen a failure of leadership from Republicans to stand up and protect this great democracy.

“Fortunately, two Republicans have signed onto this bill: Walter Jones and Justin Amash. But to protect our election systems and the structural integrity that is going to be needed going forward to make sure the American people are more aware, we need to have an independent commission.”

Swalwell is in his second term representing California’s Fifteenth District. He was previously a prosecutor in the Alameda County District Attorney’s office for seven years. Swalwell serves on the House Permanent Select Committee on Intelligence and is the top Democrat on the Subcommittee on the Central Intelligence Agency (CIA), responsible for the oversight and budget of the CIA.