Johnny Depp’s Finances Are in Disarray: Could It Happen to You? 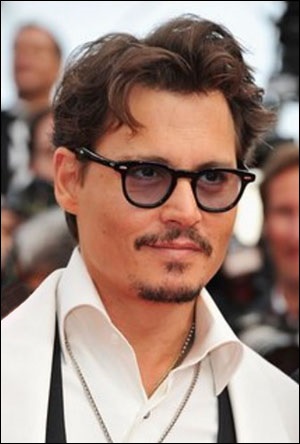 Johnny Depp, the celebrated film star internationally known for his Pirates of the Caribbean series of movies for Disney, is currently engaged in a nasty, highly publicized court battle with his long time business management company, TMG, run by the well known attorney brothers Joel and Robert Mandel. Depp’s lawsuit is over the Mandels’ 17-year financial management of his income and assets. Depp filed his lawsuit in Los Angeles Superior Court on January 13 alleging breach of fiduciary duty, fraudulent concealment, constructive fraud, unjust enrichment, wrongful foreclosure and myriad other charges. TMG filed a cross complaint on January 31, alleging they are owed money by Depp and portraying him as a “selfish, reckless and irresponsible” wild spender who is spreading “vile lies and frivolous allegations” against them, despite their constant warnings to him that he was living wildly beyond his means.

The story went viral, as surely the Mandel brothers knew it would, when they listed some of Depp’s expenditures in their cross complaint: 45 luxury vehicles, a 150-foot yacht on which he spent $18 million; 14 residences including homes in Hollywood and a 45-acre chateau in the South of France; $30,000 per month for wine and $300,000 per month for a staff of 40 people.

The publicity on the two lawsuits is undermining the credibility of both Depp and the Mandel brothers. A careful reading of both the lawsuit filed by Depp and the countersuit filed by TMG, shows clear warning signs of how the relationship was destined to end up in court. It can serve as a good roadmap to celebrities, athletes and other busy individuals on how not to manage your money.

The first mistake made by Depp was to allow TMG to collect what he alleges were $28 million in fees for their services over the 17 years — without any written contract. The second mistake he made was not to have his own independent accountant looking over their shoulders for the full 17 years. (According to Depp, TMG paid his taxes late and subjected him to millions of dollars in penalties.) The third mistake was to give TMG almost blanket control of his finances. According to Depp’s lawsuit, TMG performed the following services for Depp:

TMG’s biggest mistake and potentially its largest hurdle in court, is that it says it sent emails and held meetings with Depp to warn him to rein in his wild spending, but it offers little in the way of evidence to the court that it sufficiently drove this message home. For example, there is no mention that it ever sent a registered, signature-receipted letter to Depp spelling out his dire financial circumstances and providing a specific list of recommendations on what he must do to turn the situation around.

Financial advisers on Wall Street are schooled in the philosophy that they cannot knowingly allow a client to commit financial suicide. According to TMG’s lawsuit against Depp, he was spending in excess of $2 million per month on an “ultra-extravagant lifestyle” which “he simply could not afford.” If Depp was in the process of committing financial suicide, as they allege, where are their formal written warnings to him? Why didn’t they resign the account rather than become a potential accomplice in the financial suicide.

During my 21-year Wall Street career managing money for individual clients, there were numerous occasions where the client wanted to engage in activity that I felt had the potential for financial suicide. I would simply refuse to do the trade and explain why it was ill-advised. I would follow that up with a detailed, written letter that would be faxed or sent via overnight mail to the client’s home. The Mandels are trained attorneys. It’s potentially problematic to their case that they did not memorialize their financial warnings in formal letters to Depp.

To His Fans, Michael Jackson Was the King of Pop; To His Lenders, He Was a Subprime Borrower