If Trump Nominates John Allison as Bank Supervisor at the Fed, It Will Be a Triumph for Charles Koch and the Loony Ideas of Ayn Rand and Greenspan 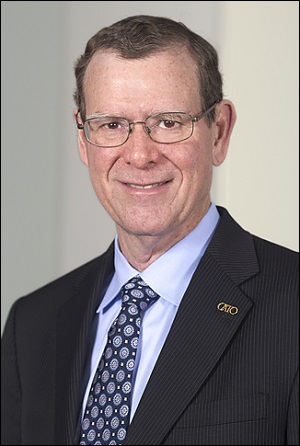 On December 4 the Wall Street Journal reported that President-elect Donald Trump was considering the following three individuals for Vice Chairman of the Federal Reserve for Bank Supervision: John Allison, the long serving head of BB&T bank and a Board Member of the right-wing Cato Institute which was half owned by the Koch brothers for decades; Paul Atkins, a consultant, former member of the Securities and Exchange Commission and a Visiting Scholar at the right-wing think tank, the American Enterprise Institute, which has heavy ties and financial backing from the Koch brothers. Also under consideration, and as far removed as one could possibly get from the other two, Thomas Hoenig, Vice Chair of the Federal Deposit Insurance Corporation and the former President of the Federal Reserve Bank of Kansas City.

Thomas Hoenig would deliver America from the stranglehold of the Ayn Rand lunatic fringe and the libertarian propaganda swamp that the Federal Reserve’s been thrashing about in since Ayn Rand’s devoted disciple, Alan Greenspan, chaired the Fed for a staggering 18 years, through four Presidents, from 1987 to 2006. Atkins would dig the Ayn Rand swamp deeper while Allison would try to elevate it to become the formal creed of every college and university in America – something he and the Koch brothers are well on their way to doing already.

Charles Koch and his related foundations have famously funneled tens of millions of dollars into the economic programs at public universities, frequently mandating the approval of faculty hires and curriculum to push free markets and deregulation. In partnership with that effort, the bank that Allison formerly headed from 1989 to 2008, BB&T, was providing lavish gifts to the schools while mandating that Ayn Rand’s book, Atlas Shrugged, be taught and distributed to students.

So who exactly was Ayn Rand? The book that best connects all the pieces of Ayn Rand’s philosophy to today’s right wing free markets mantra, is Ayn Rand Nation: The Hidden Struggle for America’s Soul by Gary Weiss.

Weiss describes the “Collective” that Rand presided over in New York City as follows: “For much of its existence the Collective was for all intents and purposes a cult. It had an unquestioned leader, it demanded absolute loyalty, it intruded into the personal lives of its members, it had its own rote expressions and catchphrases, it expelled transgressors for deviation from accepted norms, and expellees were ‘fair game’ for vicious personal attacks.”

Alan Greenspan was not only a member of Rand’s Collective but wrote essays for her “Objectivist” newsletter and contributed articles for her book Capitalism: The Unknown Ideal. One of Greenspan’s articles in the book is titled “Antitrust.” Greenspan writes:

“The churning of a nation’s capital, in a fully free economy, would be continuously pushing capital into profitable areas — and this would effectively control the competitive price and production policies of business firms, making a coercive monopoly impossible to maintain…To sum up: The entire structure of antitrust statutes in this country is a jumble of economic irrationality and ignorance. It is the product: (a) of a gross misinterpretation of history, and (b) of rather naive, and certainly unrealistic, economic theories…No speculation, however, is required to assess the injustice and the damage to the careers, reputations, and lives of business executives jailed under the antitrust laws.” At the end of this treatise, Greenspan writes, “I am indebted to Ayn Rand for her identification of this principle.”

We’re still living under this lunacy with giant banks on Wall Street being serially charged with violations of antitrust laws and colluding with each other to rig markets of every stripe.

Rand was a writer living in denial. She vilified government welfare programs but collected Social Security. She wrote on the inherent morality of the intellectual elite, then had an extra-marital affair with a younger man in her employ. She serially ranted against government intrusions, but testified willingly before the House Un-American Activities Committee in 1947 about communist intrusions into Hollywood.

As for BB&T flooding college campuses with her books, in 2012 we asked Harold Bloom, Sterling Professor of the Humanities and English at Yale University in an email to assess her writing talent. Bloom responded: “Ayn Rand was a writer of no value whatsoever, whether aesthetic or intellectual. The Tea Party deserves her, but the rest of us do not. It is not less than obscene that any educational institution that relies even in part on public funds should ask students to consider her work. We are threatened these days by vicious mindlessness and this is one of its manifestations.”

Greenspan took Rand’s deregulatory philosophy to new heights as Chairman of the Federal Reserve. He helped push through the repeal of the 1933 Glass-Steagall Act, which had kept the U.S. financial system safe for 66 years by preventing the merger of speculating Wall Street investment banks and brokerage firms with commercial banks holding taxpayer backstopped insured deposits. He was also instrumental in the complete deregulation of derivatives – the instruments that played a critical role in the epic financial collapse of 2008.

Rand’s philosophy is that the selfish desires of the individual should have no restraints by government; the poor deserve their lot and should receive no tax support from other citizens while the rich have a right to unrestricted power. Thanks to the hundreds of millions of dollars that the Koch brothers have pumped into political campaigns, think tanks, economic courses on campus, combined with BB&T flooding the books of Ayn Rand to campuses across America, the nation is living this Randian/Greenspandian nightmare today. Currently, we are looking at a billionaire President surrounded by a cabinet and advisors of billionaires with three former military generals serving as the Praetorian Guard. Adding to the Orwellian irony, corporate-owned media continues to call Trump the “populist” President.

Hoenig would make an outstanding Vice Chair for Bank Supervision at the Fed as well as a new Fed Chairman when Yellen retires or steps down. He has called for the restoration of the Glass-Steagall Act and refuses to succumb to the preposterous notion that capital levels are adequate at the behemoth global banks in the U.S.