Here’s Why Russia Wasn’t Behind the WikiLeaks Emails Leak 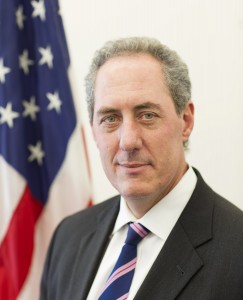 The Washington Post continues to double-down on its Red-baiting hysteria, reporting over the weekend as follows:

“Intelligence agencies have identified individuals with connections to the Russian government who provided WikiLeaks with thousands of hacked emails from the Democratic National Committee and others, including Hillary Clinton’s campaign chairman, according to U.S. officials.”

The objective, according to the Post’s perpetually anonymous sources, was this: “Those officials described the individuals as actors known to the intelligence community and part of a wider Russian operation to boost Trump and hurt Clinton’s chances.”

One aspect of the manner in which WikiLeaks released a specific subset of emails is almost certain proof that a sophisticated state-supported intelligence operation was not behind the alleged hack of the emails. The emails WikiLeaks released from Podesta’s email account didn’t just pertain to his work as Campaign Chairman for Hillary Clinton in 2016; they also reached back to 2008 when he was Co-Chairman of President Obama’s Transition Team.

If Russia had really wanted to interfere in the U.S. elections and tilt the playing field against Clinton, who was promising an Obama third term and with Obama traveling around the country campaigning for her, it would have scooped up all of the emails from 2008 in which Citigroup executive, Michael Froman, is caught heading up the decisions on who is going to be in President Obama’s cabinet and subcabinet. A sophisticated state-sponsored agent would have put these emails in timeline order, handed the emails as a cohesive group to Glenn Greenwald at The Intercept or Matt Taibbi at Rolling Stone and watched as all hell broke loose. Alternatively, the Russian source could have handed the group of Froman emails to WikiLeaks and suggested that WikiLeaks highlight their release on its Twitter page where it was regularly highlighting other mini bombshells from the Podesta emails. But none of this happened.

Instead, what actually happened was that the Michael Froman emails were released in dribbles from October 7 through November 8, mixed in with giant piles of unrelated Podesta emails, so that the full impact of what Froman had done wasn’t readily discernible.

Wall Street On Parade was one of the few outlets to report on the Froman bombshell, showing that President Obama, the candidate promising hope and change to the American people, had allowed an executive of the biggest bank failure in history to pick his cabinet, in the very midst of the bank collapsing and in the very midst of the taxpayer having a gun put to its head to bail it out. After all the dust settled and the details came out, Citigroup was revealed to have received $45 billion in equity infusions from the taxpayer; over $300 billion in asset guarantees from the taxpayer; and more than $2.5 trillion in secret loans from the Federal Reserve.

But even after Wall Street On Parade filed its reports, more Froman emails continued to be released with more stunning revelations. On the very day before the election, November 7, 2016, when media was thoroughly engrossed elsewhere, WikiLeaks released a shocker of a Froman email showing that the thoroughly discredited Robert Rubin, sitting atop Citigroup’s Board as the bank collapsed and sheltered by the warm glow of the $126 million he had collected from the bank over the prior decade, was actually being considered for a new run as U.S. Treasury Secretary by a man in his own bank – Michael Froman.

The email is dated October 7, 2008. In the thread from Froman to Podesta, Froman writes as follows:

“The vetting of Bob Rubin could probably wait until he indicates whether there is any circumstance in which he would consider taking the Treasury job (and whether Barack would prefer that, even if it were time-limited, to Tim or Larry.) I don’t think we need to do as much of a vet for Harry Hopkins role.”

The “Tim or Larry” likely refers to Tim Geithner, former President of the New York Fed (who did serve as Obama’s first Treasury Secretary) and Larry Summers, who, like Rubin, served as Treasury Secretary under President Bill Clinton. Both Rubin and Summers played heavy-handed rolls in the deregulation of banks and derivatives during the Clinton administration, which ushered in the epic financial crash of 2008.

The founder of WikiLeaks, Julian Assange, has already stated that Russia did not provide the Podesta emails. Over the weekend, the Guardian newspaper reported even stronger revelations from Craig Murray, a close associate to Assange. Murray said the CIA was “absolutely making it up.” Murray also stated: “I’ve met the person who leaked them, and they are certainly not Russian and it’s an insider. It’s a leak, not a hack; the two are different things.”

Murray also raised another common sense issue, arguing: “If what the CIA [is] saying is true, and the CIA’s statement refers to people who are known to be linked to the Russian state, they would have arrested someone if it was someone inside the United States. America has not been shy about arresting whistleblowers and it’s not been shy about extraditing hackers. They plainly have no knowledge whatsoever.”

There were other email leaks released by Guccifer 2.0 and DC Leaks. Wall Street On Parade did not conduct any in-depth research on those leaks, thus we cannot say with any authority who was responsible for those leaks. But the tens of thousands of WikiLeaks emails that were randomly released look like the work, as Murray states, of an insider and not that of a sophisticated state actor.

Moreover, the WikiLeaks emails, the text of which have not been disputed by the Podesta/Clinton/Obama camps, show that crony capitalism has corrupted the top of the Democratic Party. It makes sense that the plutocrats would want to pivot to a different investigation. But that’s not what the American people should demand of their Congress and that’s not what a democratically elected Congress should succumb to under pressure from the front pages of the corporate-owned Washington Post and New York Times.