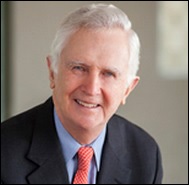 Two partners at major law firms have likely been holding their breath since WikiLeaks released an email on November 1 showing that Obama had vetted Hillary Clinton for Vice President and the review came back “too critical,” thus leading Obama to select Joe Biden as his Vice Presidential pick during the 2008 campaign. The vetting memorandum on Clinton shows in the email thread to have been transmitted with the email but WikiLeaks has not provided it – yet.

According to the email, which carries a capitalized heading of “CONFIDENTIAL,” the vetting of Clinton had been done by James Hamilton, then a law partner at Bingham McCutchen LLP. Hamilton is now a partner at Morgan Lewis, a firm with a long history of ties to Wall Street. His official bio shows that he “served as the Clinton-Gore transition counsel for nominations and confirmations,” “as the principal Clinton White House vetter for Supreme Court nominations,” “was in charge of vetting vice presidential candidates in 2000 for Al Gore,” did the same for John Kerry in 2004 and for Obama in 2008. His bio also indicates that he “vetted candidates for Cabinet, the Department of Justice, White House, and Supreme Court for the Obama administration.” 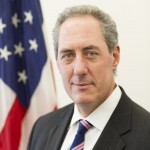 Upon receipt of the email and memorandums on September 4, 2008, Michael Froman issued an email to other members of Obama’s Transition Team stating: “Per our discussion, please do not circulate any further.” Froman was an executive at the insolvent Wall Street behemoth, Citigroup. At the time of this email, Citigroup had been secretly receiving tens of billions of dollars in below-market-rate loans from the Federal Reserve to prop up its insolvent carcass and stood as the poster child for gross mismanagement. Citigroup would go on to receive the largest taxpayer bailout in U.S. history. Froman was employed at the very division of the bank that blew it up before the year was out.

Notwithstanding Froman’s ties to Citigroup, Froman was in charge of staffing the cabinet and subcabinet positions for Obama’s first term. Among the emails released by WikiLeaks, there are 351 emails which show the tight reins Froman held in the selection of Obama’s administration. (See related articles below.)

The September 4, 2008 email was forwarded to Cassandra Butts, a member of Obama’s Transition Team, who responded to Froman as follows:

“Yes, of course. It should be noted that Mark Patterson didn’t share the Biden, Clinton or Edwards memos with me when he gave me the hard copies on Tuesday. He was concerned that the Clinton memo was too critical in ways that didn’t need to be shared outside of the vp process, the Biden memo was no longer relevant to our process and the same for Edwards. I agreed with Mark’s judgment on this, and it definitely raises the importance of keeping these memos very closely held.”

The reference to the Biden memo no longer being relevant is because Obama had already announced his pick of Biden as his Vice President on Saturday, August 23, 2008.

Butts copied Christine Varney on her email to Froman. Varney was at the time a partner at the law firm Hogan & Hartson LLP and serving as Personnel Counsel for Obama’s Transition Team. (Varney is now a partner at Cravath, Swaine & Moore LLP, the same corporate law firm where embattled SEC Chair Mary Jo White’s husband, John White, is a partner.) 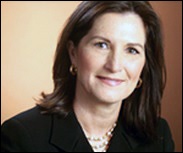 Immediately after Obama became President, in January 2009 he appointed Varney to become head of the Antitrust Division at the U.S. Department of Justice. Varney served there from 2009 until 2011 – a period where the massive consolidations of the biggest Wall Street banks that had begun during the crisis in 2008 were allowed to proceed without challenge. Those consolidations have led to much more dangerous risk to the taxpayer and the U.S. economy because of the too-big-to-fail nature of the mega Wall Street banks.

The AntiTrust Division of the Justice Department’s hands-off approach to Wall Street consolidation is responsible for much of the populist outrage in America. There are a little over 6,000 banks in the U.S. but just six banks on Wall Street exert massive control over interest rates on credit cards and mortgages, the pathetically low rate they pay on savings and money market accounts, and the pricing of derivatives. Two of those banks, Citigroup and JPMorgan, became admitted felons in 2015 for colluding to rig foreign exchange markets.

Senator Bernie Sanders has correctly assessed the situation as follows: “The six largest financial institutions in this country today hold assets equal to about 60% of the nation’s gross domestic product. These six banks issue more than two-thirds of all credit cards and over 35% of all mortgages. They control 95% of all derivatives and hold more than 40% of all bank deposits in the United States.”

Former Citigroup exec Froman became Obama’s Assistant to the President and Deputy National Security Advisor for International Economic Affairs. In 2013, Obama appointed Froman to the position of U.S. Trade Representative. This is how Politico sums up how trade deals are being deliberated under Froman’s leadership:

“If you want to hear the details of the Trans-Pacific Partnership trade deal the Obama administration is hoping to pass, you’ve got to be a member of Congress, and you’ve got to go to classified briefings and leave your staff and cellphone at the door.

“If you’re a member who wants to read the text, you’ve got to go to a room in the basement of the Capitol Visitor Center and be handed it one section at a time, watched over as you read, and forced to hand over any notes you make before leaving.”

Watching how the political sausage is made is never pretty. But given the fact that the U.S. has now reached the finish line in its race to the bottom in the realm of corporate money corrupting politics, we are forced to confront the facts, as untenable as they are. We thank WikiLeaks for its efforts to bring transparency to this corrupt arena that is a dangerous and growing threat to democracy in the United States.