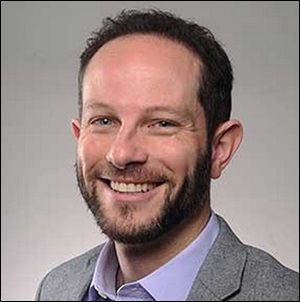 The problem with conspiracy theorists is that, quite frequently, the theorists lack adequate imagination. That seems to be the case when it comes to the Democratic National Committee’s behind-the-scenes machinations to muscle Hillary Clinton into the White House while plotting against her main challenger, Bernie Sanders. That conclusion stems from the trove of 20,000 DNC emails dumped into the public sphere by Wikileaks last Friday.

The leaked emails have cost Debbie Wasserman Schultz her job as Chair of the DNC but other top DNC officials captured in devious plots against Sanders in the email exchanges still have their jobs – or at least no official firings have been announced. This makes the conspiracies seem more like a DNC business model.

The DNC’s own charter demands that it treat all Democratic primary candidates fairly and impartially, but top DNC officials made a mockery of that mandate. In addition to conjuring up ways to smear Clinton challenger Bernie Sanders during the primary battles, the leaked emails show a coordinated effort to cover up what the Sanders camp called “money laundering” between the Hillary Victory Fund and the DNC.

Despite the fact that the Sanders campaign had no such active arrangement with the DNC, the DNC agreed to participate in the Hillary Victory Fund, a joint fundraising committee that sluiced money to both Hillary’s main candidate committee, Hillary for America, as well as into the DNC. To a much tinier degree, funds also went to dozens of separate State Democratic committees.

On May 2 of this year, the Sanders campaign released a statement charging Clinton with “looting funds meant for the state parties to skirt fundraising limits on her presidential campaign,” and exploiting “the rules in ways that let her high-dollar donors like Alice Walton of Wal-Mart fame and the actor George Clooney and his super-rich Hollywood friends skirt legal limits on campaign contributions.”

Despite Clinton’s promise to rein in tax dodges by hedge funds, Wall Street On Parade reported in April that major hedge fund titans were also big donors to the Hillary Victory Fund. We wrote at the time: 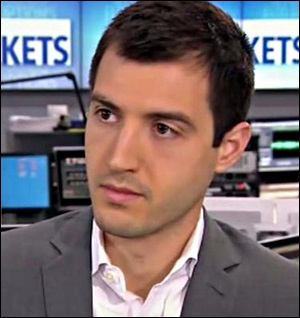 Today, reporters Ken Vogel and Isaac Arnsdorf of Politico have provided significant new details from the leaked emails to show how the DNC worked behind the scenes to control the media’s handling of revelations involving the Hillary Victory Fund.

Vogel was criticized by some media outlets when the Wikileaks emails revealed he had allowed a DNC official to review one of his articles critical of the joint fundraising operation prior to publication. Erik Wemple of the Washington Post has provided some necessary clarity to that issue here.

The Clinton camp and the DNC had attempted publicly to defend the joint fundraising operation as providing critical help to State Committees in order to help down-ticket candidates. But today, Vogel and Arnsdorf report the following:

“Between the creation of the victory fund in September and the end of last month, the fund had brought in $142 million, the lion’s share of which — 44 percent — has wound up in the coffers of the DNC ($24.4 million) and Hillary for America ($37.6 million), according to a POLITICO analysis of FEC filings. By comparison, the analysis found that the state parties have kept less than $800,000 of all the cash brought in by the committee — or only 0.56 percent.”

Vogel and Arnsdorf also detail how the DNC attempted to stonewall reporters on the topic, writing:

“The emails show the officials agreeing to withhold information from reporters about the Hillary Victory Fund’s allocation formula, working to align their stories about when — or if — the DNC had begun funding coordinated campaign committees with the states.”

“ ‘The DNC should push back DIRECTLY at Sanders and say that what he is saying is false and harmful to the Democratic party,’ Marc Elias, an attorney who advises the DNC and the Clinton campaign, wrote in an email to DNC officials. [DNC] CEO Amy Dacey responded ‘I do think there is too much of this narrative out there — I also worry since they are emailing to their list (which has overlap with ours!)’

“In another email, Miranda, the [DNC] communications director, suggested that the campaign tell other journalists seeking to follow POLITICO’s story that “Politico got it wrong.” But the rest of his email failed to indicate any errors in POLITICO’s story, nor did the DNC or the Clinton campaign seek a correction.”

Politico’s latest revelations build on the allegations in the class action lawsuit that has been filed against the DNC and Wasserman Schultz by Sanders’ supporters. One document submitted in that lawsuit came from a previous hack of the DNC server by an individual known as Guccifer 2.0. That document shows that even after Bernie Sanders had announced he was entering the race on April 30, 2015, the DNC was brainstorming on how it could advance Hillary Clinton to the top of the ticket. The memo is described as follows in the lawsuit:

“Among the documents released by Guccifer 2.0 on June 15th is a two-page Microsoft Word file with a ‘Confidential’ watermark that appears to be a memorandum written to the Democratic National Committee regarding ‘2016 GOP presidential candidates’ and dated May 26, 2015. A true and correct copy of this document (hereinafter, ‘DNC Memo’) is attached as Exhibit 1. The DNC Memo presents, ‘a suggested strategy for positioning and public messaging around the 2016 Republican presidential field.’ It states that, ‘Our goals in the coming months will be to frame the Republican field and the eventual nominee early and to provide a contrast between the GOP field and HRC.’ [HRC means Hillary Rodham Clinton.] The DNC Memo also advises that the DNC, ‘[u]se specific hits to muddy the waters around ethics, transparency and campaign finance attacks on HRC.’ In order to ‘muddy the waters’ around Clinton’s perceived vulnerabilities, the DNC Memo suggests ‘several different methods’ of attack including: (a) ‘[w]orking through the DNC’ to ‘utilize reporters’ and create stories in the media ‘with no fingerprints’; (b) ‘prep[ping]’ reporters for interviews with GOP candidates and having off-the-record conversations with them; (c) making use of social media attacks; and (d) using the DNC to ‘insert our messaging’ into Republican-favorable press.” [Read the full memorandum here.]

The response to all of this from Hillary Clinton has further enraged Sanders’ supporters. After the emails were leaked and written about in the media over the weekend, Hillary Clinton made Wasserman Schultz the honorary chairperson of her 50-state program and President Obama praised Wasserman Schultz in a statement that can only be described as bizarre, given the contents of the leaked emails. Obama said on Sunday:

“For the last eight years, Chairwoman Debbie Wasserman Schultz has had my back. This afternoon, I called her to let her know that I am grateful. Her leadership of the DNC has meant that we had someone who brought Democrats together not just for my re-election campaign, but for accomplishing the shared goals we have had for our country.”

Apparently, missing from those “shared goals” is allowing a fair primary process within the Democratic party or a challenge to the political machine that controls Washington.