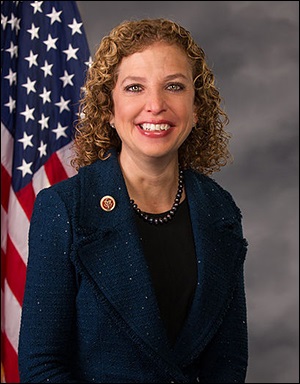 First it was Hillary Clinton handling Top Secret national security matters in emails with the caution of a drunken sailor. Now it’s emails leaked by Wikileaks showing that key officials at the Democratic National Committee (DNC) attempted to derail the Democratic campaign of Bernie Sanders in direct violation of the DNC’s own Charter.  Loose email lips are sinking a lot of ships in the Democratic corridors of power. And a lot more emails and depositions may be coming as a class action lawsuit filed in Federal Court gets underway.

Article 5, Section 4 of the DNC Charter mandates the following:

“The Chairperson shall be responsible for ensuring that the national officers and staff of the Democratic National Committee maintain impartiality and evenhandedness during the Democratic Party Presidential nominating process.”

Instead, according to more than 20,000 DNC emails exposed by Wikileaks on Friday, top DNC staffers were plotting to use Senator Bernie Sanders’ religious beliefs against him and to characterize his campaign as a mess.

Three months before the Wikileaks dump of emails on Friday, which show a clear strategy by the DNC to undermine Sanders in favor of Hillary Clinton, Wall Street On Parade had previously asked the question “Are Hillary Clinton and the DNC Skirting Election Law?” in regard to the clearly biased structure of the Hillary Clinton and DNC joint fundraising committee, which operated for the benefit of each other as if Senator Bernie Sanders didn’t exist. Wall Street On Parade also reported in April that the DNC’s direct marketing firm displayed overt bias in favor of Clinton over Sanders on its Facebook page.

As a result of the leaked emails, DNC Chair Debbie Wasserman Schultz has announced she will step down from that position at the end of the Democratic National Convention which starts today in Philadelphia. Wasserman Schultz got a taste of what lies ahead for her at the convention as she was loudly booed at a convention breakfast this morning, according to an ABC News report.

The Wikileaks dump of the 20,000 emails will not be the end of disclosures about how the DNC under the tutelage of Wasserman Schultz orchestrated a campaign to coronate Hillary Clinton and undermine Sanders. A Federal class action lawsuit has been filed against the DNC and Wasserman Schultz alleging fraud, negligent misrepresentation, deceptive conduct, unjust enrichment, breach of fiduciary duty, and negligence. The suit, Wilding et al v DNC Services Corporation and Deborah ‘Debbie’ Wasserman Schultz (Case Number 16-cv-61511-WJZ) was originally filed by the law firm Beck & Lee on June 28, 2016. An amended complaint has subsequently been filed. Jared H. Beck of the law firm has indicated that over 1,000 plaintiffs have thus far signed retainer agreements with his firm in relation to the class action lawsuit.

Prior to the Wikileaks emails, an individual using the name Guccifer 2.0 took credit for a separate hack of the DNC server. One of the documents from the hack, posted on a public web site, shows that even after Bernie Sanders had entered the race, the DNC was writing confidential memos on how it could advance Hillary Clinton to the top of the ticket. The memo is described as follows in the lawsuit:

“Among the documents released by Guccifer 2.0 on June 15th is a two-page Microsoft Word file with a ‘Confidential’ watermark that appears to be a memorandum written to the Democratic National Committee regarding ‘2016 GOP presidential candidates’ and dated May 26, 2015. A true and correct copy of this document (hereinafter, ‘DNC Memo’) is attached as Exhibit 1. The DNC Memo presents, ‘a suggested strategy for positioning and public messaging around the 2016 Republican presidential field.’ It states that, ‘Our goals in the coming months will be to frame the Republican field and the eventual nominee early and to provide a contrast between the GOP field and HRC.’ The DNC Memo also advises that the DNC, ‘[u]se specific hits to muddy the waters around ethics, transparency and campaign finance attacks on HRC.’ In order to ‘muddy the waters’ around Clinton’s perceived vulnerabilities, the DNC Memo suggests ‘several different methods’ of attack including: (a) ‘[w]orking through the DNC’ to ‘utilize reporters’ and create stories in the media ‘with no fingerprints’; (b) ‘prep[ping]’ reporters for interviews with GOP candidates and having off-the-record conversations with them; (c) making use of social media attacks; and (d) using the DNC to ‘insert our messaging’ into Republican-favorable press.”

Jared H. Beck discusses the reasons for the lawsuit in the video below. It should be noted that his comments regarding the Democratic National Convention were made prior to Senator Sanders endorsing Hillary Clinton for President.