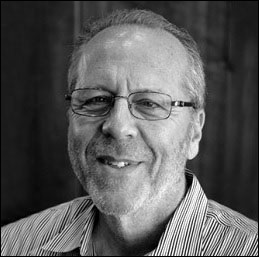 Goldman Sachs will interminably, thanks to Matt Taibbi at Rolling Stone, conjure up images of “a great vampire squid wrapped around the face of humanity, relentlessly jamming its blood funnel into anything that smells like money.” The vampire squid has now popped up in the middle of a potential new scandal involving the Clintons, while uproar over its payment of $675,000 to Hillary Clinton personally for three speeches is still simmering. Clinton, a presidential candidate, has thus far refused to release the transcripts of those speeches, despite numerous editorials calling on her to do so.

On May 10, the New York Times gently dropped a bombshell on the hedge fund investing world of New York’s one-percenters. Hillary and Bill Clinton’s son-in-law, Marc Mezvinsky, who married their only child, Chelsea, in an opulent 2010 wedding, was shuttering the Eaglevale Hellenic Opportunity Fund after it had lost 90 percent of its value. That is a staggering loss for a hedge fund, which is, as its name implies, supposed to have hedges in place to prevent that kind of loss.

The fund with the steep losses is part of a larger hedge fund firm run by Mezvinsky and two former colleagues at Goldman Sachs, Bennett Grau and Mark Mallon. The idea that a hedge fund should wait until it had only 10 percent of its clients’ assets remaining before shutting down is causing angst in billionaire circles, as are many other details surrounding this hedge fund. According to a 2015 article in the Wall Street Journal, the same fund had already lost 48 percent in 2014 – raising the question as to why it wasn’t shuttered then, when clients could have gotten a sizeable amount of their principal returned.

Mezvinsky is not the top dog at the hedge fund, Eaglevale Partners LP, according to online data. That spot goes to Bennett Grau, who is listed as the Founding Partner, Chief Investment Officer, and Chief Risk Officer. Those designations make a lot of sense to veterans on Wall Street, since Grau is clearly the senior member of the team.

Grau’s former tenure at Goldman Sachs spans 30 years, from 1981 to 2011 – a period during which he worked with Goldman’s now Chairman and CEO, Lloyd Blankfein, who started his career in the same trading area as Grau, the J. Aron & Co. subsidiary that Goldman bought in 1981.  Both Blankfein and Grau were considered experts in foreign exchange and currency trading, with Grau heading up the J. Aron Foreign Exchange Trading Group beginning in 1977.

According to Rob Copeland, writing in the Wall Street Journal in February 2015, Blankfein personally invested in the Eaglevale hedge fund and Goldman Sachs did just about everything but hang its shingle directly on this upstart. Copeland writes:

“Ahead of the firm’s launch, Goldman Sachs hosted group sessions for prospective investors that drew standing-room-only crowds. The investment bank is one of the firm’s prime brokers, which help hedge funds execute trades and introduce them to potential backers.”

A prime broker typically does one other thing for hedge funds – it routinely makes margin loans allowing the hedge fund to dramatically leverage its bets. Leverage is also typically what can turn a more moderate loss into a catastrophic blowup while generating tons of trading fees for a prime broker like Goldman Sachs.

According to the account in the New York Times, the Eaglevale Hellenic Opportunity Fund imploded as a result of bullish bets on Greek bank stocks and Greek government debt. That’s raising even more eyebrows in investment circles since it was Goldman Sachs who secretly sold a complex and convoluted derivative deal to Greece in 2001 that hid the true state of its debt, then reworked the deal multiple times until Greece ended up owing Goldman a stunning 5.1 billion euros, almost twice Greece’s original obligation, thus making future bullish bets on Greece highly doubtful. Along the way, Goldman Sachs learned more about Greek debt than just about any player on the planet.

According to a Bloomberg News report, it was Blankfein’s division of Goldman Sachs that structured the derivatives deal with Greece. Our research shows Grau worked in that division at the time. The Bloomberg report notes:

“A gain of 600 million euros represents about 12 percent of the $6.35 billion in revenue Goldman Sachs reported for trading and principal investments in 2001, a business segment that includes the bank’s fixed-income, currencies and commodities division, which arranged the trade and posted record sales that year. The unit, then run by Lloyd C. Blankfein, 57, now the New York-based bank’s chairman and chief executive officer, also went on to post record quarterly revenue the following year.”

“J. Aron & Company (JANY) is a New York general partnership and was acquired by Goldman Sachs in 1981. JANY is the commodities trading division of Goldman Sachs and engages in the marketing and trading of commodities, including crude oil and petroleum products, natural gas, base, precious and other metals, electricity, coal, agricultural and other commodity products. JANY is registered as a ‘swap dealer’ under CFTC rules. In addition JANY is authorized by the U.S. Federal Energy Regulatory Commission (FERC) to sell wholesale physical power at market-based rates.”

In 2014, Wall Street On Parade reported on a sealed report that the Federal Reserve had conducted into the sprawling and secret physical commodities holdings of major Wall Street banks, including Goldman Sachs. Even the Senate’s Permanent Subcommittee on Investigations was not allowed to obtain full access to this report. It was, however, able to conclude that the scale of these bank holdings in physical commodities “appears to be unprecedented in U.S. history.”

In 2013, we reported on a Senate investigation deriving from complaints from  beer and soda manufacturers who needed access to aluminum for cans, that revealed that Goldman Sachs and other investment banks had effectively taken over aluminum markets and the exchange that traded the product, the London Metal Exchange.

We raise the plundering by the physical commodity empires of the Wall Street mega banks because Greece has an estimated $200 billion in mineral reserves, with concentrations of nickel, bauxite and gold, according to the Institute for Geology and Mineral Exploration. As the Greek debt crisis continues, the privatization of these resources will continue apace with Wall Street banks no doubt positioning themselves for the spoils.

There is one last thing to remember about hedge fund losses. For every crushing trade, there is someone on the other side of that trade making a killing. As the public learned well from Goldman Sachs and John Paulson secretly creating a subprime debt investment designed to fail, while Goldman peddled it to their own clients as a good investment and Paulson shorted it to make a profit of $1 billion (the notorious  2007 Abacus deal), until we know whom the beneficiaries of this hedge funds’ losses were, we’re in the precise place that Goldman Sachs wants to keep us: in the dark. 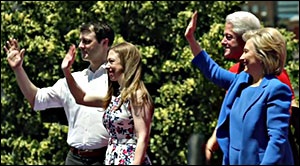