The Untold Story of Why the SEC Paid Whistleblower Eric Hunsader $750,000 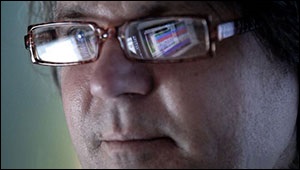 On March 8, 2016 the Securities and Exchange Commission (SEC) wired $750,000 into the bank account of Eric Hunsader as a whistleblower award for spotting and documenting an illegality at the New York Stock Exchange. Hunsader is a trading software and market data expert and founder of Nanex LLC, a market data company that also provides a boatload of free research on behalf of the public interest. Hunsader is one more thing: he’s the SEC’s biggest critic when it comes to its failure to restore integrity to U.S. stock exchanges and U.S. markets.

The SEC doesn’t release the names of its whistleblowers but Hunsader alerted the media himself to his award in order to silence critics and one particular executive at the New York Stock Exchange who had, heretofore, disparaged in public Hunsader’s allegations about the NYSE’s discriminatory dissemination of market data in order to benefit high frequency traders.

In announcing the whistleblower award on January 15 of this year, the SEC seemed to go out of its way in its press release to pat its then unnamed whistleblower on the back, writing:  “This award demonstrates the Commission’s commitment to awarding those who voluntarily provide independent analysis as well as independent knowledge of securities law violations to the agency.  We welcome analytical information from those with in-depth market knowledge and experience that may provide the springboard for an investigation.”

But the SEC’s appreciation wasn’t as generous as it might have been. According to the same press release, it could have awarded Hunsader up to 30 percent of the $5 million fine it collected from the New York Stock Exchange, or $1.5 million. Instead, it awarded Hunsader only 15 percent. And then there was the matter of the puny amount of the fine itself against the NYSE and how long it took the SEC to get the award to Hunsader.

The fine against the NYSE came on September 14, 2012. Hunsader’s wire of the money came over three years later. In announcing its action against the NYSE, the SEC noted that it was the first time it had ever imposed a financial penalty on an exchange. Under law, exchanges are supposed to be self-regulatory organizations, policing their own markets and upholding the highest principles of fair dealing to garner the public’s trust of U.S. markets. The SEC charged the NYSE with the following:

“Over an extended period, NYSE violated Rule 603(a) in connection with the release of certain data through two proprietary feeds.  Beginning in June 2008, one NYSE proprietary feed sent real-time depth-of-book market data, which included information about its current best- priced quotations and execution prices, to its subscribers before NYSE sent data to a Securities Information Processor (the ‘Network Processor’) that made quotes and trades available for sale to the public on a consolidated basis.  Another NYSE proprietary feed, during multiple intervals of high-volume trading during the first half of 2010, sent quote data to customers before NYSE sent it to the Network Processor.  The disparities ranged from single-digit milliseconds to, on occasion, multiple seconds.”

Bravo for the SEC? Not so fast.

The SEC has absolutely no problem with allowing the NYSE and other exchanges to charge tens of thousands of dollars a month for providing high frequency traders with a faster data feed than the public or for the stock exchanges to also charge tens of thousands of dollars a month for high frequency traders to co-locate their computers in the same facility as the computers of the stock exchange in order to gain faster access to data and the ability to pick off the dumb tourists’ trades at lightning speed. In fact, the NYSE notes in all of its literature that its pricing and products are being submitted to the SEC.

So why did the SEC fine the NYSE and make a big production out of rewarding a whistleblower for bringing this infraction to its attention? The SEC isn’t saying that the stock exchanges aren’t allowed to charge obscene monthly fees that a small investor or trader could never afford to pay. And it’s not saying that the stock exchanges can’t, through faster feeds and faster computer access through co-location, give an insurmountable edge to high frequency traders. All it’s saying in this award is that the NYSE has to “release” its data to all feeds at the same time. To hell with what happens after that. By getting loads of press on fining the iconic New York Stock Exchange and saluting whistleblowers, the SEC thinks it can shine its tainted halo a little.

The public’s first big awareness of stock exchange transformation from what was once thought to be a public utility enshrined under law to deliver a level playing field for all comers, to something akin to today’s political campaign financing cesspool where big money buys access and results, came on March 30, 2014 when author Michael Lewis went on 60 Minutes to promote his new book, Flash Boys. Lewis flatly stated that the markets are “rigged” and mapped out his well documented case against high frequency traders.

“As I indicated in my opening statement, I’ve confirmed that the Department of Justice is looking at this matter, this subject area, as well. The concern is that people are getting an inappropriate advantage, information advantage, I guess competitive advantage, over others because of the way in which the system works. And apparently, as I understand it, and I’m just learning this, even milliseconds can matter, and so we’re looking at this to try to determine if any federal laws, any Federal criminal laws, have been broken. This is also obviously something that the head of the SEC, Mary Jo White, would be looking at as well.”

The same rigged practices are still going strong today and neither the SEC nor the Justice Department have curtailed them in any meaningful way.

Both Eric Holder and his former head of the criminal division, Lanny Breuer, returned to their high pay at the law firm from which they hailed, Covington & Burling – a law firm that fronted for Big Tobacco’s fraudulent schemes to hide the effects of smoking and second hand smoke from the public for decades, according to a Federal Court decision. (See related article below.)

Now we have learned a fact that might explain the low award to Hunsader, the three years it took to pay the award, and the slap on the wrist fine to the New York Stock Exchange while allowing it to go about its business of charging obscene fees for vastly different speeds of access to stock exchange data. Lawyers at Covington & Burling represented the New York Stock Exchange in this matter and bragged in an article carried on its web site that “NYSE Euronext got off with just a $5 million fine over allegations that it released market data to some clients faster than others.”

But there’s still two small pieces of good news in all this. Eric Hunsader hasn’t slowed down a bit in calling them as he sees them. And the $750,000 will go a long way in helping to pay college tuition for his four daughters.

Was the U.S. Justice Department Sold to the Highest Bidder