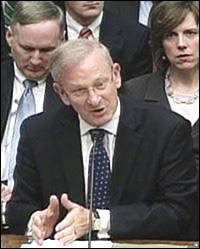 Thomas Hoenig, Vice Chair of the FDIC, Testifying Before the House Financial Services Committee On June 26, 2013

We are in the midst of an unprecedented collapse in commodity and oil markets, fueling fears about every kind of debt from emerging markets to junk bonds held in U.S. listed Exchange Traded Funds (ETFs). In this midst of this raging fear, what has the U.S. Federal Reserve proposed? It’s proposed a plan to make banks “safer” by making them issue more debt and become more highly leveraged. We’re not kidding folks.

Back in October, Fed Chair Janet Yellen had this to say about the plan:

“The long-term debt requirement we are proposing today, combined with our other work to improve the resolvability of systemic banking firms, would substantially reduce the risk to taxpayers and the threat to financial stability stemming from the failure of these firms. This is an important step toward ending the market perception that any banking firm is ‘too big to fail.’ “

The plan is called TLAC, short for Total Loss-Absorbing Capacity, which boils down to having the systemically dangerous banks that might put taxpayers on the hook again for another bailout in a crisis, to hold more long-term debt that would absorb losses after stock equity is wiped out (think Citigroup in 2008). This would, in theory, allow recapitalization of subsidiaries so that they could continue operating. In other words, the bank holding company would file for bankruptcy while, ideally, the retail brokerage firm and the insured depository bank would remain solvent and continue operating. Good luck with that.

Where did this idea originate? At the Financial Stability Board, a pack of foreign central bankers and regulators, including U.S. representation, who are desperately attempting to reassure their respective constituents that they’ve cured the need for future taxpayer bailouts of the global banking behemoths.

This plan ignores the total history of Wall Street panics. What happened at E.F. Hutton after the crash in 1987 and following its 1985 guilty pleas to 2,000 fraud counts related to check kiting; what happened at Shearson in 1990; what happened at Bear Stearns and Lehman Brothers and Citigroup in 2008. In the midst of a financial panic, depositors and investors take their money and head for the door and the more highly leveraged the bank, the faster they exit. Here’s how we reported Citigroup’s evaporation during November 2008:

We’re not alone in thinking this debt expansion plan for the mega banks is an outrageously dumb idea. Thomas Hoenig, Vice Chairman of the FDIC – the Federal agency that insures the deposits at these banks – raised alarm bells about the plan this past Wednesday in a speech in Washinton, D.C. Hoenig said the plan could make the banks less financially stable, explaining as follows:

“As firms issue large amounts of additional, and more expensive, long-term debt and increase their leverage position, such funds must earn commensurately higher returns to meet debt service and avoid default. Such requirements may encourage banks to acquire higher-yielding and higher-risk assets, or expand into non-bank activities, such as broker-dealer operations.

“Additionally, in a future recession, if earnings become insufficient to make holding company debt payments (a likely outcome), then regulators would face the prospect of having to allow the transfer of resources out of the bank to avoid default on holding company debt. Remember also that unlike dividends, there can be no suspension of debt interest payments. These outcomes would likely weaken the bank and would seem to undermine the principle that the holding company should be a source of strength for the insured bank.”

Hoenig’s speech on Wednesday was a toned-down version of a speech he delivered on May 7, 2014. At that time he pointed out the following critical problems with the mega banks:

Mega banks are now “larger and more complex than they were pre-crisis”;

“The eight largest banking firms have assets that are the equivalent to 65 percent of GDP”;

“The average notional value of derivatives for the three largest U.S. banking firms at year-end 2013 exceeded $60 trillion, a 30 percent increase over their level at the start of the crisis”;

The largest banks are “excessively leveraged with ratios, on average, of nearly 22 to 1”;

Smaller regional banks “are smothering under layers of new regulations” even though they are holding “significantly higher levels of capital than the largest banking and financial firms”;

Breaking up the mega banks – separating the insured depository institution from trading activities – “might be the better choice”.

The last item on this list, breaking up the mega banks — meaning restoring the Glass-Steagall Act and separating insured deposit banks from riskier Wall Street stock and bond underwriting activities, proprietary trading, etc. – is not just the better choice but is the only choice that is going to allow America to get back on the road to a sound financial system and return to a growing economy that works for more than the one percent.

Nothing proves this better than the fact that after the broader stock market staged a big rally yesterday, the stocks of Citigroup, Goldman Sachs, JPMorgan, Morgan Stanley, and Bank of America all closed in the red for the day.