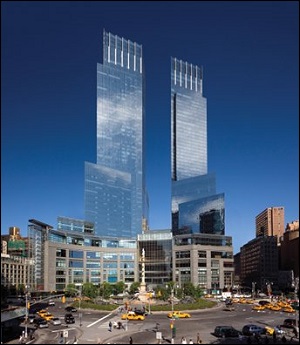 Tomorrow at 2 p.m. investors worldwide will learn if the U.S. Federal Reserve has decided to cease its endless blather about its elusive plan to hike interest rates and actually boost rates from the zero bound range it has enforced since December 2008.

A hike in rates will be comforting to foreign investors who rely on a strong U.S. Dollar to protect the value of investments they make in this country: investments like multi-million dollar condos in Manhattan, manufacturing plants in South Carolina, stakes in publicly traded U.S. companies, private equity funds and mega amounts of commercial real estate.

A stable or rising U.S. Dollar – supported by Fed talk that the U.S. economy is growing strongly enough to withstand a rate hike – is mothers’ milk to the ears of foreign investors since it means that if they should choose to cash out their U.S. investment and convert the Dollars into the currency of their home country, they would have a profit on the currency trade or, at least, a stable exchange rate. (When foreigners invest their money in the U.S., they have to hope that both the actual investment will appreciate in value and also that they don’t suffer losses when they convert U.S. currency back into their domestic currency.)

These many months of happy chatter from the Fed about the coming rate hike and improving U.S. economy has supported the U.S. currency and prevented any serious foreign capital outflows owing to a slumping U.S. Dollar. While foreign capital flight is not one of the Fed’s monetary policy mandates, you can bet that it is causing some sleepless nights among researchers at the Fed.

There’s a legitimate basis for concern. When the United Nations Conference on Trade and Development (UNCTAD) released its “World Investment Report” on June 25, 2015, it reported that the United States had slipped to number 3, behind China and Hong Kong, for inflows of Foreign Direct Investment.

Adding to concerns, UNCTAD reported that owing to lackluster growth in the global economy, overall global inflows of Foreign Direct Investment had declined 16 percent in 2014. That meant that the U.S. was not just slipping in investment stature but was competing for a piece of a shrinking investment pie.

According to UNCTAD, foreign investment inflows to the United States fell to $92 billion in 2014, a drop of 40 percent from the 2013 level, while China became the largest recipient with $129 billion in inflows. Hong Kong ranked second with $103 billion.

The report does note that the huge U.S. drop of 40 percent from 2013 levels was materially impacted by one large divestiture: Vodafone, a U.K. company, divested from U.S. based telecommunications company, Verizon.

There’s also growing concern that the United States might be so eager to keep its high rank for inflows of Foreign Direct Investment that it might look the other way at illicit money flowing in.

Louise Story and Stephanie Saul wrote a detailed report for the New York Times on February 7 of this year, documenting how shell companies with secret owners were gobbling up high end real estate in Manhattan. According to the report, roughly $8 billion is spent annually in New York City for residences costing $5 million or more and a little over half of those transactions were made by shell companies. The investigation notes further that “in Downtown Manhattan, 63 percent of luxury residences were sold to hidden buyers.”

The Time Warner Center was singled out in The Times as a haven for questionable foreign money. The reporters noted these troubling facts about owners of condos in the building:

“…The Times also found a growing proportion of wealthy foreigners, at least 16 of whom have been the subject of government inquiries around the world, either personally or as heads of companies. The cases range from housing and environmental violations to financial fraud. Four owners have been arrested, and another four have been the subject of fines or penalties for illegal activities.

“The foreign owners have included government officials and close associates of officials from Russia, Colombia, Malaysia, China, Kazakhstan and Mexico.

“They have been able to make these multimillion-dollar purchases with few questions asked because of United States laws that foster the movement of largely untraceable money through shell companies.”

On August 31, Wall Street On Parade published a review of economist Michael Hudson’s new book, “Killing the Host.” One thing we did not write about has lingered in our thoughts — an episode Hudson shares from his days working in Chase Manhattan’s economic research department. It also concerns an apparent desire by the U.S. to tap illicit foreign money as investment inflows. (Chase is now the commercial banking unit of Wall Street investment firm, JPMorganChase.)

“My last task at Chase dovetailed into the dollar problem. I was asked to estimate the volume of criminal savings going to Switzerland and other hideouts. The State Department had asked Chase and other banks to establish Caribbean branches to attract money from drug dealers, smugglers and their kin into dollar assets to support the dollar as foreign military outflows escalated. Congress helped by not imposing the 15 percent withholding tax on Treasury bond interest. My calculations showed that the most important factors in determining exchange rates were neither trade nor direct investment, but ‘errors and omissions,’ a euphemism for ‘hot money.’ Nobody is more ‘liquid’ or ‘hot’ than drug dealers and public officials embezzling their country’s export earnings. The U.S. Treasury and State Department sought to provide a safe haven for their takings, as a desperate means of offsetting the balance-of-payments cost of U.S. military spending.”

All of this raises the question, is the United States still the master of its own monetary policy?