Shhh! We Can’t Talk About the Dollar’s Flash Crash on Wednesday 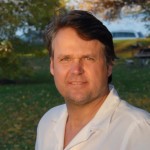 One would think we had asked for missile launch codes when we reached out to the futures exchanges to find out what caused the precipitous plunge in the U.S. Dollar’s futures contract at 4:04 P.M. Wednesday afternoon – long after the Federal Reserve’s market moving news had been digested by traders.

If currencies are now the new weapons of mass destruction – maybe we were asking for the equivalent of missile launch codes.

Our curiosity was piqued when the intrepid Eric Hunsader of market data firm, Nanex, published amazing charts showing a precipitous plunge in the U.S. Dollar just after the equity markets had closed in New York. Hunsader wrote:

If that isn’t a Flash Crash, I don’t know what is. (Both Wall Street On Parade and Hunsader know a thing or two about Flash Crashes.) But no mainstream business media reported the event as a Flash Crash or even alluded to the 4-minute bungee jump and retracement in any  explicit terms.

The Wall Street Journal reported the next morning that “For a few minutes on Wednesday, the lack of dollar buyers caused a short-term freeze in electronic trading platforms, according to a New York-based trader at a major currency-dealing bank. ‘There was a lot of shouting on the desk, a lot of nervousness,’ the trader said…”

This morning, the Wall Street Journal is using stronger language, calling it a “wild ride” in currencies on Wednesday and quoting a currency trader who said it “was like a zoo,” with traders “struggling to fill orders” and “screaming and yelling for the fill.” (The “fill” means to have their currency order “filled,” that is, the transaction completed.)

One business writer who did quickly capture the magnitude of the plunge was Barron’s Chris Dieterich, who reported at 4:26 P.M. on Wednesday that the dollar “was down a whopping 3.6% versus the euro in recent trading, according to FactSet.”

There is no question that there is an extremely crowded trade in bullish bets on the U.S. Dollar by hedge funds around the world. In just the past year, the U.S. Dollar has gained 29 percent against the Euro on talk from the Fed of a strengthening U.S. economy and plans for an interest rate hike. But what made this move unusual was that the plunge didn’t happen right after the Fed’s FOMC statement release at 2 P.M., alluding to the potential for a delayed hike in interest rates, or during Fed Chair Janet Yellen’s press conference at 2:30 P.M. It happened at 4:04 P.M. Eastern time.

We went to the source for clarification: the CME and ICE exchanges which trade currency futures. A courteous spokesperson for CME told us the following via email:

“Around 15:04 CT [central time] we saw circuit breaker events in the Euro Futures, British Pound Futures, and Swiss Franc Futures. Each contract triggered its 1st level (400 point) circuit breaker 5 minute monitoring period. We have a number of protections in place to ensure the integrity of our markets, including Circuit Breakers; which worked as designed. They are automated functionality that limit price moves but will expand after a brief monitoring period. In some scenarios, trading can halt for 2 minutes.”

The “400 point” reference above actually means PIPs. One PIP, Point in Percentage, equals 0.0001. Followup questions to CME went unanswered. Our emails to ICE elicited no meaningful response as to whether they imposed trading halts in their currency contracts on Wednesday afternoon.

This dramatic price move in the Dollar came just one day after the U.S. Treasury’s Office of Financial Research released a report warning of the potential for “quicksilver markets” that “change rapidly and unpredictably.” That report followed by a day a warning from Hyun Shin, Economic Advisor and Head of Research for the Bank for International Settlements (BIS), who cautioned as follows:

“While liquidity in the sovereign bond market is back to conditions seen before the crisis, this is not the case in other segments of the fixed income market. For instance, corporate bond markets seem to be less liquid than in the past. Bid-ask spreads have returned to something close to pre-crisis levels, but there are residual doubts on how well the market would cope with large transactions, particularly when many traders want to shed risky holdings at the same time.

“We have seen examples of large price changes in markets that are normally very deep and liquid. One instance was in the US Treasuries market last October, and another recent example was the sharp movements in the Swiss franc in January. Fortunately, neither of these events had lasting repercussions for financial stability, but what happens in financial markets does not always stay in financial markets, and we would do well to be on the lookout for any potential economic impact from financial market disruptions.”

If you’re an investor not inclined to go on “wild rides,” “flash crashes,” or take your money to visit the “zoo,” it’s time to exercise caution.