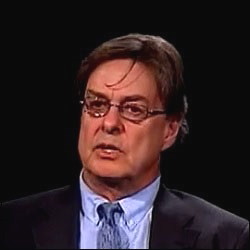 Hillary Clinton just can’t catch a break. As her self-inflicted imbroglio over erasing 30,000 emails involving her time as Secretary of State continues to command press attention, the April issue of Harper’s Magazine is focusing gasp-worthy attention on the “loan-sharking” business that Bill Clinton, as President, assisted in transforming into the too-big-to-fail Citigroup that played a leading role in bringing the country to the brink of financial collapse in 2008.

Janet Yellen’s Fed can’t be too happy either about the revelations. The Fed just gave Citigroup a clean bill of health last week under its so-called rigorous stress tests and is allowing the bank to spend like a drunken sailor, raising its dividend 400 percent with permission to buy back as much as $7.8 billion of its own stock. The Fed’s qualitative portion of the stress test is said to look at both risk controls and the internal culture of the bank. Citigroup remains under multiple criminal investigations for money laundering and involvement in rigging currency markets. Apparently, in the Fed’s eyes, this is now de rigueur on Wall Street.

Harper’s six-page article jolts the reader with nugget after nugget unearthed from Citigroup’s unseemly history – facts that both the Clintons and the Fed would no doubt prefer to stay buried. This epistle to greed and excess and regulatory hubris is written by Andrew Cockburn, Harper’s Washington Editor and a man well credentialed to do it justice. Cockburn and his wife, Leslie Cockburn, co-produced the documentary, American Casino, which provided an in-depth look at the players behind the 2008 financial collapse. Cockburn’s father, Claud Cockburn, was on the scene in 1929, covering the epic crash for the London Times. (His memoir of Black Thursday on Wall Street in 1929 can be read here.)

The Harper’s article is subtitled “The catastrophic incompetence of Citigroup,” obviously a tongue-in-cheek assessment since Cockburn meticulously documents the serial charges of crimes at Citigroup as a business model.

Cockburn traces the history of how Sandy Weill parlayed Commercial Credit through a series of mergers that, thanks to the repeal of the Glass-Steagall Act by President Clinton, culminated in the too-big-to-fail Citigroup. The banking behemoth replicated the exact model that brought on the 1929 crash and Great Depression by holding savings deposits while being allowed to gamble with the deposits in wild speculations on Wall Street.

The Glass-Steagall Act, which had successfully protected bank savings deposits from 1933 until its repeal by Clinton in 1999, had prevented FDIC insured institutions from merging with investment banks on Wall Street. Despite the ravaging effects of the 2008 crash, the Glass-Steagall Act has not been restored, although two bills were introduced in Congress to do just that: the Return to Prudent Banking Act of 2015 and the Elizabeth Warren inspired 21st Century Glass-Steagall Act.

“Weill had recently been eased out from Shearson Lehman/American Express, a financial conglomerate he had helped to build. Eager to get back in the game, he bought a Baltimore firm called Commercial Credit. In the view of Weill and his protégé, Jamie Dimon [now CEO at JPMorgan Chase], their new acquisition was in the beneficent business of supplying ‘consumer finance’ to ‘Main Street America.’ Their office receptionist, Alison Falls, thought otherwise. Overhearing their conversation at work one day, she called out, ‘Hey, guys, this is the loan- sharking business. Consumer finance is just a nice way to describe it.’

“Falls had it right. Commercial Credit made loans to poor people at predatory interest rates. Strapped to pay off their loans, borrowers were encouraged to refinance, with added fees each time. Gail Kubiniec, who was then an assistant sales manager at the company’s branch office in Tonawanda, New York, remembers that the basic aim was to lend money to ‘people uneducated about credit. You could take a five-hundred-dollar loan and pack it with extra items like life insurance—that was very lucrative. Then you could roll it over with more extra items, then reroll the new loan, and the borrower would go on paying and paying and paying.’ ”

Cockburn prints an excerpt from an affidavit that Kubiniec eventually filed with the Federal Trade Commission in 2001 about the practices of Commercial Credit, which had by then changed its name to CitiFinancial:

“I and other employees would often determine how much insurance could be sold to a borrower based on the borrower’s occupation, race, age, and education level. If someone appeared uneducated, inarticulate, was a minority, or was particularly old or young, I would try to include all the coverages CitiFinancial offered. The more gullible the consumer appeared, the more coverages I would try to include in the loan.”

If Kubiniec’s story has a ring of familiarity, it’s likely because you read Alayne Fleischmann’s allegations against JPMorgan Chase concerning the subprime housing bust in Matt Taibbi’s investigative report in the November issue of Rolling Stone.

Other revelations are equally cringe-worthy. Cockburn writes that Irzen Octa, a Citibank credit card customer in Jakarta, Indonesia, “was beaten to death in 2011 by Citi’s collection agents when he visited a bank branch to discuss his account.”

Cockburn also details how Citigroup this past December succeeded in sneaking a rule to keep trillions of dollars in derivatives held by banks like itself on the books of their FDIC-insured depository bank rather than their investment banking unit – thus guaranteeing that the taxpayer is back on the hook for future derivative implosions. The language was inserted into a must-pass appropriations bill to keep the government running and succeeded in passage, effectively repealing a key provision of the Dodd-Frank financial reform legislation.

Against that backdrop, consider this statement from Michael Greenberger, former Director of Trading and Markets for the Commodity Futures Trading Commission from 1997 to 1999, which appears in the Cockburns’ American Casino:

“On December 15, 2000, around 7 o’clock, Phil Gramm, Republican Senator of Texas, and Chair of the Senate Finance Committee, walked to the floor of the Senate and introduced a 262-page bill as a rider to the 11,000 page appropriation bill, which excluded from regulation the financial instruments that are probably most at the heart of the present meltdown. He not only excluded them from all Federal regulation, but he excluded them from State regulation as well, which is important because these instruments could be viewed as gambling instruments.”

When is enough ever going to be enough when it comes to Wall Street.