Wiseguys: Drawing Parallels Between the Mafia and Wall Street Persists 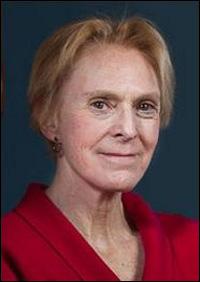 Every now and then, someone raises the question of Mafia infiltration on Wall Street or suggests that Wall Street has become an Ivy-league educated, better tailored version of the mob. Now, two lawyers, Helen Davis Chaitman and Lance Gotthoffer have dramatically ratcheted up the debate, suggesting boldly in the latest chapter of their free on-line book that there are stark parallels between the Gambino crime family and JPMorgan Chase – the nation’s largest bank.

Writer Matt Taibbi had a similar epiphany back in 2012 in an article for Rolling Stone titled The Scam Wall Street Learned from the Mafia – the story of how major Wall Street firms conspired together to rig bidding in the municipal bond market. Taibbi writes: “In fact, stripped of all the camouflaging financial verbiage, the crimes the defendants and their co-conspirators committed were virtually indistinguishable from the kind of thuggery practiced for decades by the Mafia, which has long made manipulation of public bids for things like garbage collection and construction contracts a cornerstone of its business.”

In 2009, the book, Nothing but Money by New York Daily News reporter Greg B. Smith was released, detailing actual Mafia infiltration in stock pump and dump schemes on Wall Street, albeit at small firms. That was preceded in 2003 by Born to Steal: When the Mafia Hit Wall Street by long-time business writer and author, Gary Weiss.  The Weiss book took an in-depth look at Mob-run stock brokerage firms selling phantom stocks by following the career of one of the stock swindlers, Louis Pasciuto, who eventually turned state witness.

But what attorneys Chaitman and Gotthoffer are doing is extraordinary and unprecedented. They are asking the public to seriously look at the parallels between the Mafia and JPMorgan Chase, a bank holding over $1.7 trillion in Federal Reserve assets and more than $1.3 trillion in deposits, the bulk of which are insured by the FDIC and ultimately backstopped by the U.S. taxpayer.

Chaitman is a nationally recognized litigator and author of The Law of Lender Liability. She is also a Bernie Madoff victim who lost a large part of her life savings to his Ponzi scheme and then tenaciously represented other victims of his fraud in district and appellate courts. Chaitman has teamed up with fellow attorney, Lance Gotthoffer, to conduct an exhaustive investigation of the intersection of the Madoff fraud with the bank that was criminally charged by the U.S. Justice Department in the matter – JPMorgan Chase. (The bank signed a deferred prosecution agreement and paid $1.7 billion to the Madoff victims’ fund to avoid prosecution.)

The book is titled JPMadoff: The Unholy Alliance Between America’s Biggest Bank and America’s Biggest Crook. The authors are releasing a new chapter of the book each month as well as a quick means of contacting your legislator in Washington to urge Congress to “act in the interests of the American people, not in the interests of the financial institutions that are rich enough to make significant contributions.”

The latest chapter looks at the culture inside JPMorgan and provides a detailed portrait of some of the main insiders: among them, Chairman and CEO Jamie Dimon; General Counsel Stephen M. Cutler; and Lee R. Raymond, the Lead Independent Director on the JPMorgan Chase board. The public will be further shocked to learn that the members of JPMorgan’s board who have kept Dimon as the Chairman and CEO through an endless series of government charges of law breaking by the firm are paid the enormous sum of $245,000.

But the most damning parallel to a Mafia crime family are the crimes themselves: they are unconscionable and they just don’t stop. Outside of the more than $3 billion that JPMorgan paid to settle both criminal and civil charges related to Madoff, below is the additional JPMorgan rap sheet Chaitman and Gotthoffer include in the book, spanning just the last four years.

“In April 2011, JPMorgan Chase agreed to pay $35 million to settle claims that it over-charged members of the military service on their mortgages in violation of the Service Members Civil Relief Act and the Housing and Economic Recovery Act of 2008.

“In October 2012, JPMorgan Chase paid $1.2 billion to settle claims that it, along with other banks, conspired to set the price of credit and debit card interchange fees.

“On January 7, 2013, JPMorgan Chase announced that it had agreed to a settlement with the Office of the Controller of the Currency (OCC) and the Federal Reserve Bank of charges that it had engaged in improper foreclosure practices.

“In September 2013, JPMorgan Chase agreed to pay $80 million in fines and $309 million in refunds to customers whom the Bank billed for credit monitoring services that the Bank never provided.

“On November 15, 2013, JPMorgan Chase announced that it had agreed to pay $4.5 billion to settle claims that it defrauded investors in mortgage-backed securities in the time period between 2005—2008.

“In February 2012, JPMorgan Chase agreed to pay $110 million to settle claims that it over-charged customers for overdraft fees.

“On November 19, 2013, JPMorgan Chase agreed to pay $13 billion to settle claims by the Department of Justice, the FDIC, the Federal Housing Finance Agency, the States of California, Delaware, Illinois, Massachusetts and New York, and to consumers, relating to fraudulent practices with respect to mortgage-backed securities.

“In November 2012, JPMorgan Chase paid $296,900,000 to the SEC to settle claims that it mis-stated information about the delinquency status of its mortgage portfolio.

“In December 2013, JPMorgan Chase paid $22.1 million to settle claims that the Bank imposed expensive and unnecessary flood insurance on homeowners whose mortgages the Bank serviced.”