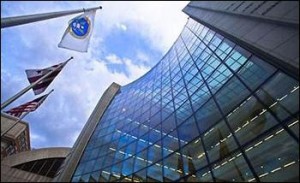 For at least the past 20 years, the Government Accountability Office (GAO) has been telling the Securities and Exchange Commission to clean up its act when it comes to the proper handling, collection, disbursement and financial reporting of penalties and disgorgements it is supposed to be collecting from violators of securities laws.

Yesterday, the GAO filed yet another report on the subject, this time finding that “during our fiscal year 2014 audit, we identified continuing and new deficiencies in SEC’s internal control over disgorgement and penalty transactions that constituted a significant deficiency in SEC’s internal control over financial reporting.” Unfortunately, the GAO’s own opaque presentation on this subject leaves the public in the dark about just how bad the situation is at the SEC.

As part of the SEC’s enforcement responsibilities, ostensibly to catch and punish securities law violators, it is also frequently assigned the job of collecting and administering the penalties and disgorgements of the guilty parties. Once there is a final judgment naming the SEC as the designated party to collect the disgorgement or penalty, the SEC is supposed to promptly record an accounts receivable item for the amount the violator owes. Because the collected amounts are earmarked for either harmed investors or the general fund of the U.S. Treasury, the SEC is required to simultaneously record an equal and offsetting liability for those amounts on its balance sheet.

The GAO dropped the following bomb in its report yesterday and then walked away, leaving the reader completely in the dark as to what conclusion to draw from it:

The Federal fiscal years ends on September 30, thus, according to the above, the SEC believed it was owed $3.7 billion from disgorgements and penalties and logged that amount in as accounts receivables. It handed $825 million of that amount over to the general fund of the U.S. Treasury, wrote off unspecified uncollectible amounts and had a net balance of $381 million in accounts receivable.

The GAO provides no answers to these troubling questions but does shares more troubling information. According to the report, the GAO “tested a statistical sample of 72 disgorgement and penalty accounts receivable amounts and found that 4 of the sample items were not recorded in the general ledger in the proper accounting period. These errors were caused by ineffective procedures for tracking, analyzing, and recording civil court judgments and resulted in understatements to gross accounts receivables of about $42 million.”

The public would rightfully expect that if a sample among 72 cases turns up a missing $42 million in accounts receivables, the GAO would check every account or, at the very least, a much broader sample, especially given that this Federal agency has received 20 years of negative GAO reviews on how it’s handling the money it’s supposed to be receiving from wrongdoers. But the GAO does not indicate that it looked further after finding the $42 million problem.

It does, however, report yet another problem in properly accounting for disgorgements and penalties, writing: “…we found that SEC recorded certain disgorgement and penalty transactions to incorrect customer numbers in the general ledger. This was caused by ineffective implementation of existing SEC policies.”

The fact that the SEC has been criticized by the GAO for a solid 20 years for inadequate policies in the handling of funds owed to plundered investors (in many cases because it failed to properly police securities markets) would suggest to most rational persons that the job should be moved out of the SEC to a more competently managed Federal agency. Instead, the taxpayer is tapped year after year with paying for these expensive investigations by the GAO to come up with the same findings: the SEC does not measure up to the job of collecting, disbursing and providing proper financial accounting for these harmed investor funds.

It would almost be comical were it not such a national disgrace. GAO’s 20-year old, August 23, 1994 report was actually titled: Improvements Needed in SEC Controls Over Disgorgement Cases. That report found that the “SEC does not provide its attorneys formal written policies or procedures to guide them in assisting the federal courts to select individuals as receivers and ensure adequate oversight of receivers’ activities and requests for compensation.” The GAO added that “without formalizing its policies and procedures, SEC cannot adequately ensure that any appearance of favoritism in its receiver recommendations is precluded or that funds managed by receivers are safeguarded until disbursed.”

In 2002, the GAO issued an astonishingly damning report titled: More Actions Needed to Improve Oversight of Disgorgement Collections, writing that “SEC data showed a collection rate of 14 percent for the $3.1 billion in disgorgement ordered in 1995-2001– compared with the 50 percent collection rate GAO reported in its 1994 report.”

The 2002 report noted further that “To deprive securities law violators of illegally obtained funds, SEC needs an effective collection program with clearly defined objectives and measurable goals, specific policies and procedures for its staff, and systems to allow management to monitor performance. However, SEC’s strategic and annual performance plans do not address disgorgement collection or clarify its priority relative to other activities.”

There is an extremely important takeaway from all this. The steady drumbeat of hubris about the SEC’s lack of concern for collecting the plunder from the securities law violators is matched by a steady drumbeat of SEC Enforcement Division attorneys producing evidence that the SEC protects the privileged on Wall Street by sidelining enforcement actions against them.

That Congress takes no action to rein in either of these outrageous abuses is the real outrage.