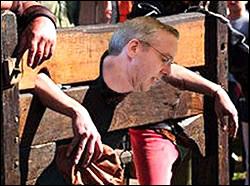 New York Fed President William Dudley Got a Dose of Public Shaming at the Hands of the U.S. Senate Last Week

Last Friday, the Senate Subcommittee on Financial Institutions and Consumer Protection, chaired by Sherrod Brown, effectively put William Dudley, President of the Federal Reserve Bank of New York, in stocks in the village square and engaged in a rather brilliant style of public shaming. With each well-formed question posed by the panel, Dudley’s jaded leadership of a hubristic regulator came into ever sharper focus.

There were a number of elephants in the room during the lengthy session that were only briefly touched upon but deserve greater scrutiny by the press. First, Congress knew that the New York Fed was a failed, crony regulator during the lead up to the financial collapse in 2008, but it granted it an even greater supervisory role under the Dodd-Frank financial reform legislation in 2010. This Congress has also failed to engage in public shaming of President Obama for brazenly ignoring the Dodd-Frank’s statutory mandate that calls for him to appoint, subject to Senate confirmation, a Vice Chairman for Supervision at the Federal Reserve Board of Governors, who could have shaped and monitored a more credible policing role for the New York Fed. 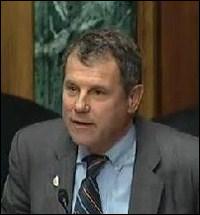 Section 1108 of Dodd-Frank requires: “The Vice Chairman for Supervision shall develop policy recommendations for the Board regarding supervision and regulation of depository institution holding companies and other financial firms supervised by the Board, and shall oversee the supervision and regulation of such firms.” President Obama was required to nominate this individual once the Dodd-Frank Wall Street Reform and Consumer Protection Act became effective; that was July 21, 2010 – more than four years ago. The President has simply ignored this provision of the law – no doubt to the extreme satisfaction of Wall Street.

The final elephant is that as a result of giving a failed regulator enhanced power and failing to appoint a person to a leadership role in supervision, the U.S. Senate has effectively become Wall Street’s cop on the beat, doing the job the New York Fed’s cronyism prevents it from doing.

The last point was buttressed by the fact that simultaneous with this hearing, Senator Carl Levin’s Permanent Subcommittee on Investigations was holding its second day of hearings on how Wall Street, under the nose of the New York Fed, has massively and secretly gobbled up a huge swath of the nation’s physical commodities, like oil and aluminum, creating cost spikes for the consumer and industrial users while also placing huge trading bets on commodity prices.

Senator Jeff Merkley touched on this aspect after Dudley had the audacity to imply in his opening remarks that the concept of “too big to jail” had been consigned to history “when Credit Suisse and BNP Paribas pleaded guilty to criminal charges.”

Showing deep frustration, Senator Merkley said: “You’re the regulator; why did it take the U.S. Senate committee to find out those facts.” Dudley responded: “I don’t know the answer to that.”

Senator Elizabeth Warren drilled down to just how Dudley sees his role as a regulator. In an enlightening exchange, Dudley made it clear he doesn’t view his role as a cop on the beat, calling his job “more of a fire warden” to make sure the institution is run well so that it’s not going to catch on fire and burn down. 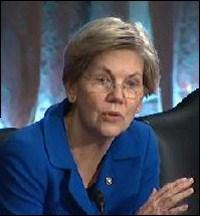 Warren shot back: “But you don’t think you should be doing any investigation; you should wait and see if it jumps in front of you.” Warren also brought out the fact that once the New York Fed learned that Goldman Sachs had fashioned a deal for the Spanish bank, Banco Santander, which a New York Fed employee called “legal but shady,” to dress up its capital, the New York Fed failed to bring the activity to the European banking regulators.

The Senate hearing was triggered by a long run of regulatory lapses by the New York Fed and then the September release of internal tape recordings made by Carmen Segarra, a former bank examiner at the New York Fed who says she was fired in retaliation for refusing to change her negative examination of Goldman Sachs. Portions of the tape recordings were released by ProPublica and public radio’s This American Life, showing a lap dog regulator afraid to take on a powerful Wall Street firm. (Segarra sat in the audience during the hearing but did not testify.)

Since the unveiling of the tapes, more news has cast a dubious light on the New York Fed, including a report in October from the Federal Reserve’s Inspector General showing that the New York Fed was advised of potential trouble in the Chief Investment Office at JPMorgan on multiple occasions but failed to conduct a comprehensive examination that might have alerted it at an early stage to the wild gambles JPMorgan was making in derivatives with depositors’ money. Those wild bets eventually led to the London Whale scandal and $6.2 billion in losses of depositors’ funds.

Just two days before Friday’s hearing, news broke in the media that a former employee of the New York Fed who had taken a job at Goldman Sachs, had leaked confidential information obtained from a friend and former colleague at the New York Fed. That matter is currently under investigation.

Dudley’s appearance was followed by testimony from David O. Beim, Professor of Professional Practice at Columbia Business School. Professor Beim was the author of the 2009 report, commissioned by the New York Fed, that was highly critical of how deferential the regulator was to the banks it was charged with supervising. The report made multiple recommendations for changing the culture. The existence of the report was revealed in the ProPublica story. In Friday’s hearing, Dudley admitted that he had never spoken with Professor Beim in the five years since the report was given to him but said many recommendations had been implemented.

Also testifying was Robert C. Hockett, a Cornell Law School Professor and Dr. Norbert J. Michel, a Research Fellow in Financial Regulations at the conservative Heritage Foundation. (The written testimony of witnesses along with a web cast of the full hearing can be viewed here.)

Senator Brown said: “These recent reports should trouble any organization but they’re particularly catastrophic when the agency in question is responsible for four mega banks – four of the six largest banks in our country — four mega banks that alone account for $6 trillion in assets in some 11,000 subsidiaries.”

Warren had the last word in the hearing, summing up the findings as further proof of “the reason that we need a 21st Century Glass-Steagall Law.” Warren and a bipartisan group of Senators have introduced such legislation to separate the high-risk-taking investment banks from banks holding insured deposits.