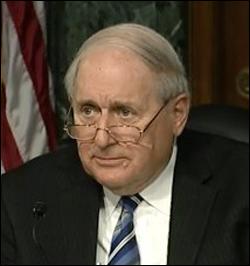 Last Thursday, the U.S. Senate’s Permanent Subcommittee on Investigations, chaired by Senator Carl Levin, released an alarming 396-page report that details how Wall Street’s too-big-to-fail banks have quietly, and often stealthily through shell companies, gained ownership of a stunning amount of the nation’s critical industrial commodities like oil, aluminum, copper, natural gas, and even uranium. The report said the scale of these bank holdings “appears to be unprecedented in U.S. history.”

Adding to the hubris of the situation, the Wall Street banks’ own regulator, the Federal Reserve, gave its blessing to this unprecedented and dangerous encroachment by banking interests into industrial commodity ownership and has effectively looked the other way as the banks moved into industrial commerce activities like owning pipelines and power plants.

For more than a century, Federal law has encouraged the separation of banking and commerce. The role of banks has been seen as providing prudent corporate lending to facilitate the growth of commerce, not to compete with it through unfair advantage by having access to cheap capital from the Federal Reserve’s lending programs. Additionally, the mega banks are holding trillions of dollars in FDIC insured deposits; if they experienced a catastrophic commercial accident through a ruptured pipeline, tanker oil spill, or power plant explosion, it could once again put the taxpayer on the hook for a bailout.

The Levin report addresses the element of catastrophic risk, noting:

“While the likelihood of an actual catastrophe remained remote, those activities carried risks that banks normally avoided altogether.  Goldman, for example, bought a uranium business that carried the risk of a nuclear incident, as well as open pit coal mines that carried potential risks of methane explosions, mining mishaps, and air and water pollution…Morgan Stanley owned and invested in extensive oil storage and transport facilities and a natural gas pipeline company which, together, carried risks of fire, pipeline ruptures, natural gas explosions, and oil spills.  JPMorgan bought dozens of power plants whose risks included fire, explosions, and air and water pollution.  Throughout most of their history, U.S. banks have not incurred those types of catastrophic event risks.”

One would think that the mega banks’ regulator, the Federal Reserve, would be the first line of defense against this type of dangerous sprawl by banks. According to the Levin Subcommittee report, the Federal Reserve was actually the facilitator of the sprawl by the banks. The report notes:

“Without the complementary orders and letters issued by the Federal Reserve, many of those physical commodity activities would not otherwise have been permissible ‘financial’ activities under federal banking law. By issuing those complementary orders, the Federal Reserve directly facilitated the expansion of financial holding companies into new physical commodity activities.”

After the Wall Street financial collapse of 2008, which galvanized the public and Congress to the trillions in taxpayer dollars that was required to shore up the financial system from out of control global casinos masquerading as banks, the Federal Reserve quietly commissioned a study to determine just how sprawling the commodity holdings and operations of the mega banks had become. The study was conducted by the Federal Reserve Bank of New York’s Commodities Team. It appears that Senator Levin’s Subcommittee has only been allowed to see a “2012 Summary Report” of that study and the public is not being allowed to see even that. The Levin report makes multiple references to the document, each time noting that it is “sealed.”

Why the document is sealed becomes clear from the few tidbits from the study that are shared with the public. Among the 2012 findings are the following:

Morgan Stanley held “operating leases on over 100 oil storage tank field[s] with 58 million barrels of storage capacity globally and 18 natural gas storage facilities in US and Europe.” Morgan Stanley also had “over 100 ships under time charters or voyages for movement of oil product, and was ranked 9th globally in shipping oil distillates in 2009.” The company also owned 6 domestic and international power plants.

JPMorgan had a “significant global oil storage portfolio (25 [million barrel] capacity) … along with 19 Natural Gas storage facilities on lease.” It also reported that JPMorgan had acquired “Henry [B]ath metals warehouse (LME certified base metals warehousing/storage worldwide),” and that JPMorgan’s “total base metal inventory was as high as $8 [billion]” during the first quarter of 2012.

Bank of America had “23 oil storage facilities and 54 natural gas facilities…leased for storage.”

Goldman Sachs had four tolling agreements and a wholly-owned subsidiary, Cogentrix, with ownership interests in over 30 power plants; owned “Metro Warehouse which controls 84 metal warehouse/storage facilities globally” and qualified as a London Metals Exchange storage provider; had acquired a Colombian coal mine valued at $204 million, which had also included associated rail transportation for the coal. The report also found that Goldman Sachs had conducted “a uranium trading business that engages in the trading of the underlying commodity.”

The U.S. Senate’s Permanent Subcommittee on Investigations has spent two years investigating this matter and is now recommending a series of steps to curtail the excessive risks and conflicts of interests. The steps include: “issuing a single, comprehensive limit on bank holding companies’ exposure to physical commodities”; “narrowing the scope of the Gramm-Leach-Bliley authorities that allowed the explosion of Wall Street involvement in these activities to begin with”; and “instituting new safeguards to prevent Wall Street banks from using commercially valuable, nonpublic information obtained from their physical commodity activities to manipulate markets or gain unfair trading advantages.”

The full report, together with exhibits, can be read here.