Yesterday the Senate Finance Committee convened a hearing to chew on one humdinger of a new report from the Government Accountability Office (GAO). The GAO report found that 314 taxpayers have squirreled away at least $25 million in their Individual Retirement Account (IRA) for an aggregate of $81 billion for all 314 taxpayers. That puts the average account within the $81 billion at an astonishing $258 million.

The GAO used 2011 data, the most current available to them from the IRS, and noted that since some of the tax returns were for joint filers, the term “taxpayer” may mean an individual or a couple. Still, even two IRA accounts tallying up to $258 million is off the charts.

The figures are raising eyebrows in Congress. No one can say with any certainty how an IRA could grow to such astronomical sums. IRAs have only been around since 1975. Adding to the perplexity, the GAO calculated that if a person made the maximum IRA contributions from 1975 through 2011 and invested the money in the Standard and Poor’s 500, it would have grown to only $353,379. 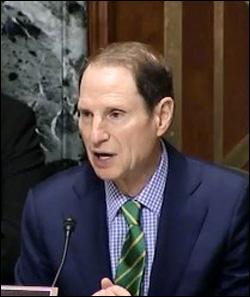 Senator Ron Wyden, Democrat from Oregon, chairs the Senate Finance Committee and opened the hearing with this assessment of the magical IRAs:

“So how did those massive IRA accounts come to be? In many cases, they’re sweetheart stock deals that most investors would never have access to. Executives buy stocks at a special, rock-bottom price – sometimes fractions of a penny per share – and use an IRA as a tax shelter. The stocks start out dirt cheap, but just like that they turn to gold, and the IRA shoots up in value.”

One beneficiary of sweetheart stock deals and a member of the privileged 314-Club is former Presidential contender Mitt Romney. The Washington Post’s Tom Hamburger explained in 2012 how Romney got an estimated $87 million in his IRA when he exited Bain Capital, the private equity firm he founded. Hamburger wrote:

“What determines an IRA’s growth is the performance of the investments, and Bain enabled Romney, its other employees and its partners to score big on that front. It was not uncommon for senior Bain executives to accrue IRAs valued at tens of millions of dollars, according to former and present company employees, by buying into Bain investments at very low prices and then reinvesting the returns in other low-priced Bain investments after the initial investments appreciated.

“When Romney was chief executive, Bain set up Simplified Employee Pension IRAs, or SEP-IRAs, under which the company contributed up to $30,000 a year to employees’ retirement accounts, according to people familiar with the program. Many of the employees decided to use this contribution to buy stock in the companies that Bain had acquired in the course of its business as a private-equity firm.”

When a stock is sold inside an IRA, there is no tax due on the gains, even if the stock has dramatically appreciated.

Wyden said that in 2014 the tax perks inherent in IRAs and other retirement accounts would cost the government an estimated $140 billion in foregone tax revenue. IRAs, said Wyden,  “were never intended to become tax shelters for millionaires – they’re designed to help typical Americans save for retirement.”

The typical American, however, is getting little benefit from the IRA or 401(k) tax benefits because he or she cannot afford to save, or save adequately, for retirement because household expenses are outstripping wages.