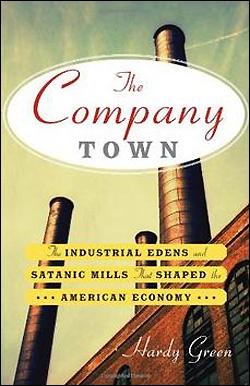 The Wall Street Journal carries a story today which builds on a topic we have been reporting on since July: that corporations, themselves, have become the largest single participants in the stock market through the repurchase of their own shares. Using data from Birinyi Associates, the Journal reports that U.S. companies bought back a total of $338.3 billion in the first six months of this year, “the most for any six-month period since 2007.” The year, 2007, by the way, was the year before the stock market imploded.

The workers of America, whose 401(k) plans represent their savings and hopes for a better, easier life one day in retirement, are increasingly buying funds indexed to the top 500 companies in America, the Standard and Poor’s 500. This is, effectively, giving a steady source of cheap capital to the biggest companies in the U.S. from rank and file workers — which is now being used to buy back their own shares instead of innovating and creating new job markets.

This level of control over workers’ savings and hopes and dreams and ability to retire one day reminded us of the not so beneficent company towns of yesteryear which wielded control over most aspects of a worker’s life: owning the home he rented and the stores where he bought his groceries and clothed his children and, as the only major employer in the region, able to set wages and working conditions as it saw fit.

In 2010, Basic Books released Hardy Green’s The Company Town: The Industrial Edens and Satanic Mills That Shaped the American Economy. Green, a former Associate Editor at BusinessWeek with a Ph.D. in U.S. history, looked at the models underpinning the several thousand company towns that dotted the U.S. landscape from the 1800s onward.

In Chapter Three of his book, titled “Exploitationville,” Green writes about one model as follows:

“Perhaps the apotheosis of such towns may be found in Appalachian coal country, home of the likes of Lynch, Wheelwright, and Coal Run, Kentucky. The logic behind such places is simple and familiar. It rests on the thinking of every bean counter: Business exists to make a profit, not to coddle employees…The very ruthlessness that surfaced in these places seems less like an inevitable outgrowth of such logic than a willful expression of malicious personalities.”

Even where Green found a more humane model by corporate overlords, a book reviewer at Publisher’s Weekly was not so sure, writing: “Marked by the domination of a corporation over the lives of its workers, company towns also became scenes of social control and experiment: capitalist utopianists like candy-maker Milton Hershey strived to create communities that would improve worker productivity, moral rectitude, and docility.”

Is docility to corporate overlords back? Why is planning for one’s retirement now conscripted to the feckless fortunes of the largest, and frequently environment-polluting, consumer-unfriendly globe-trotting corporations and their Wall Street agents who are eating up two-thirds of a workers’ retirement savings over time.

Thanks to an upheaval of thinking brought on by the 1930s economic collapse and the New Deal era, growth in new company towns subsided. And yet, here we are in 2014, just six years after the worst economic crash since the Great Depression, and we are reading this very month of plans for a mega company town in an economically distressed area of South Florida.

On September 1, Susan Salisbury of the Palm Beach Post reported on a proposal for a large scale company town to be given the comforting name, Sugar Hill. Salisbury writes:

“U.S. Sugar Corp. and pioneer ranch family Hilliard Brothers of Florida have joined to create a vision for 67 square miles in northeastern Hendry County to the southwest of Lake Okeechobee. The development would be made up of 18,000 residential units and 25 million square feet of industrial, retail, office and other commercial space.” U.S. Sugar is one of the largest employers in that farming region, raising tens of thousands of acres of sugar cane.

With the Supreme Court’s embrace of greater corporate control in their Citizens United decision; with the Justice Department’s non-prosecution, laissez faire attitude toward corporate criminality; now with corporate control of the stock market through buybacks; and this latest proposal for the thoroughly discredited company town model, where are the screams for a New Deal, for enlightened thinking?

As one commenter recently noted, the real outrage is the lack of outrage.