Senator Sherrod Brown, Chairman of the Senate Banking Subcommittee on Financial Institutions and Consumer Protection, will take testimony at 2 p.m. today on market subsidies enjoyed by implied future government bailouts of the too-big-to-fail status of Wall Street’s bloated and serially malfeasant banks. The hearing is set to coincide with a new report from the Government Accountability Office (GAO).

An early peek at written testimony by three separate professors set to testify guarantees a belated July 4 fireworks display — one that is not likely to enjoy a welcome reception within the Wall Street corridors of power. Expect the phone lines of lobbyists and congressional campaign managers to be lighting up all over the nation’s capitol this afternoon. 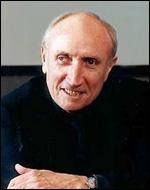 Edward J. Kane, Professor of Finance at Boston College will get things off to a rousing start by telling the Subcommittee that any suggestion that the Dodd-Frank financial reform legislation ended the implied government guarantees “is a dangerous pipe dream.”

A powerful argument made by Kane (see full text of testimony linked below) is that these too-big-to-fail banks enjoy not just a market subsidy on their debt but on their equity as well. Kane writes:

“Being TBTF [too-big-to-fail] lowers both the cost of debt and the cost of equity. This is because TBTF guarantees lower the risk that flows through to the holders of both kinds of contracts. The lower discount rate on TBTF equity means that, period by period, a TBTF institution’s incremental reduction in interest payments on outstanding bonds, deposits, and repos is only part of the subsidy its stockholders enjoy. The other part is the increase in its stock price that comes from having investors discount all of the firm’s current and future cash flows at an artificially low risk-adjusted cost of equity. This intangible benefit generates capital gains for stockholders and shows up in the ratio of TBTF firms’ stock price to book value. Other things equal (including the threat of closure), a TBTF firm’s price-to-book ratio increases with firm size…”

Kane then lands this bombshell: “The warranted rate of return on the stock of deeply undercapitalized firms like Citi and B of A [Bank of America] would have been sky high and their stock would have been declared worthless long ago if market participants were not convinced that authorities are afraid to force them to resolve their weaknesses.”

Kane goes on to say that it is “shameful” for government officials to suggest that bank bailouts were good deals for taxpayers. Kane writes: “On balance, the bailouts transferred wealth and economic opportunity from ordinary taxpayers to much higher-income stakeholders in TBTF firms. Ordinary citizens understand that this is unfair and officials that deny the unfairness undermine confidence in the integrity of economic policymaking going forward.” 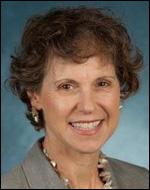 Anat Admati, Professor of Finance and Economics at the Graduate School of Business at Stanford University, who was voted one of Time Magazine’s top 100 influential people in April of this year, writes in her testimony that “The Fed has the responsibility and the ability to protect the public, yet as a regulator, it has failed the public.”

Admati’s testimony places the blame of the 2007-2009 Wall Street collapse squarely at the feet of regulators, writing in her testimony:

“Financial crises are sometimes portrayed as if they were unpreventable natural disasters, implying that bailouts are similar to emergency aid after an earthquake. This narrative is misleading. The crisis of 2007-2009 was an implosion of a system that had become too fragile, reckless, and distorted. Regulatory failures, including flawed and ineffectively enforced regulations, must take much of the blame for the excessive fragility and the buildup of risk.”

Admati says today’s banking system “is disturbingly similar to allowing heavy trucks with dangerous cargo to drive recklessly at 95 miles per hour in residential neighborhoods. If drivers get a bonus for reaching the destination quickly, and face little risk of injury or death even in an explosion (imagine that they have a special protective mechanism), they will drive recklessly and endanger innocent citizens…”

“Encouraging and subsidizing banks to fund themselves with as much debt as is currently allowed (up to 95% for the large bank holding companies) is as perverse as encouraging and subsidizing reckless speed for trucks or rewarding the captains of large oil tankers to go ever closer to the coast. More equity would force banks to stand more on their own when they take risk, rather than shift some of the risk and cost of bearing it to others. Shareholders who benefit from the upside, and not creditors or taxpayers, should be the ones to bear the downside.”

“…we find that Dodd-Frank did not significantly alter investors’ expectations that the government will bail out TBTF financial institutions should they falter.  Despite its no-bailout pledge, Dodd-Frank leaves open many avenues for future TBTF rescues. For instance, the Federal Reserve can offer a broad-based lending facility to a group of financial institutions in order to provide a disguised bailout to the industry or a single firm…”

The full list of witnesses set for the hearing appears below.