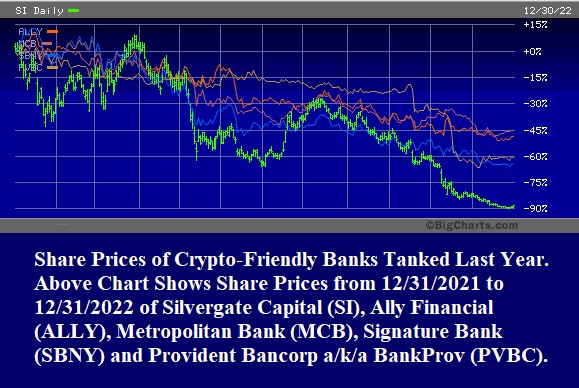 Remember those Fed bailouts of the mega banks on Wall Street during and after the 2008 financial crisis that the Federal Reserve battled in court for years to keep secret from the American people? Those bailouts went to the same Wall Street mega banks that collapsed the U.S. economy with their unbridled greed and unchecked corruption. The banks were even allowed to pay big bonuses to their execs with the bailout funds.

When Senator Bernie Sanders forced the bailout details into the sunlight with a mandated government audit, the findings were so revolting that Senator Sanders had this to say:

“As a result of this audit, we now know that the Federal Reserve provided more than $16 trillion in total financial assistance to some of the largest financial institutions and corporations in the United States and throughout the world. This is a clear case of socialism for the rich and rugged, you’re-on-your-own individualism for everyone else.”

Well, bailouts for wayward banks are back in style in a big way. According to Securities and Exchange Commission (SEC) filings made by crypto-friendly banks, Federal Home Loan Banks (FHLB) in San Francisco, Boston, New York and Pittsburgh have made large advances of money to banks facilitating crypto in various ways as bank depositors yanked their cash and/or the banks’ share prices tanked.

Among the crypto-friendly banks tapping into these FHLB advances are Silvergate Capital, parent of Silvergate Bank; Signature Bank; Provident Bancorp (owner of BankProv); and Ally Financial. This may, however, be just the tip of the iceberg because many crypto-engaged banks are not publicly traded and thus are not required to file SEC reports. S&P Global reports that as of October of last year, “the Federal Deposit Insurance Corp. was aware of about 80 financial institutions under its supervision that expressed interest in cryptocurrency-related activities, and about 24 of them were actively engaged.”

Let that sink in for a moment: 24 federally-insured banks in the U.S. are being allowed by their federal regulators to actively engage in crypto when it has been thoroughly discredited by those in the know.

One of the most respected investors in America, Warren Buffett, summed up Bitcoin like this in May 2018: Bitcoin is “probably rat poison squared.” Also in 2018, Bill Harris, the former CEO of Intuit and PayPal, wrote a detailed critique of Bitcoin for Vox, under the headline: “Bitcoin is the greatest scam in history.” Harris wrote:

“In my opinion, it’s a colossal pump-and-dump scheme, the likes of which the world has never seen. In a pump-and-dump game, promoters ‘pump’ up the price of a security creating a speculative frenzy, then ‘dump’ some of their holdings at artificially high prices. And some cryptocurrencies are pure frauds. Ernst & Young estimates that 10 percent of the money raised for initial coin offerings has been stolen.”

In July 2019, NYU Professor and economist Nouriel Roubini launched a scathing analysis of crypto. In a Bloomberg interview, Roubini said this:

Just last June, 1600 of the smartest scientists and software engineers in technology sent a letter to Congressional committees warning that both crypto and blockchain were shams. The letter included this:

“As software engineers and technologists with deep expertise in our fields, we dispute the claims made in recent years about the novelty and potential of blockchain technology. Blockchain technology cannot, and will not, have transaction reversal or data privacy mechanisms because they are antithetical to its base design. Financial technologies that serve the public must always have mechanisms for fraud mitigation and allow a human-in-the-loop to reverse transactions; blockchain permits neither.”

There can be no better real-world experience to prove the thesis of these scientists and software engineers than what has gone on at the collapsed FTX crypto exchange house of fraud since it filed bankruptcy on November 11. After more than $8 billion of customer funds were looted by executives before the bankruptcy filing, even after federal prosecutors were on the case FTX was hacked and hundreds of millions of dollars took flight.

One of the most striking examples of the bailout hubris currently going on is at Silvergate Bank. On January 5 the bank lost 42.73 percent of its market value in one trading session, putting its stock price losses at 91 percent over the prior 12 months. According to a statement released that day by Silvergate, its “total deposits from digital asset customers declined to $3.8 billion” as of December 31, 2022 (down from the previously reported $11.9 billion on September 30, 2022.) That’s a stunning 68 percent drop in deposits in one quarter. According to an SEC filing, as of December 31, 2022, Silvergate had taken $4.3 billion in advances from the FHLB of San Francisco.

The buzz around a Federal Home Loan Bank bailing out a crypto bank led to the CEO of the FHLB of San Francisco, Teresa Bryce Bazemore, releasing a statement which included this nugget: “First and foremost, I want to assure you that FHLBank San Francisco has no exposure to cryptocurrency assets….”

Technically, that may be true since banks get advances from FHLBs by posting non-crypto collateral such as government bonds or mortgages on real estate. But if your reputation as a Federal Home Loan Bank is going down the sewer because you are loaning billions of dollars to a discredited crypto bank, you have reputational exposure.

Signature Bank is an even larger borrower from the Federal Home Bank New York. Its borrowings from FHLB New York exploded in the fourth quarter of last year, rising to $11.3 billion. According to an SEC filing, as of September 30, 2022, it had total borrowing capacity of $23.4 billion from FHLB New York.

Provident Bancorp, the holding company for BankProv, sacked its CEO, Dave Mansfield, and named a new Board Chair on December 23. Its 10Q filing with the SEC for the quarter ending December 31, 2022 has not yet been filed but its 10Q for the quarter ending September 30, 2022 carries this statement: “At September 30, 2022, we had the ability to borrow $124.9 million from the Federal Home Loan Bank of Boston. On that date, we had $80.5 million in advances outstanding.”

“The Company’s Audit Committee, and subsequently the Board of Directors, has reviewed, with the assistance of outside legal counsel who were independent of the underlying matters, the facts and circumstances relating to the Company’s digital asset lending practices.  In connection with this review, certain deficiencies in the Company’s internal controls were identified, which, in management’s opinion, when evaluated collectively, amounted to a material weakness in the Company’s internal control over financial reporting as of September 30, 2022….”

Ally Financial’s SEC filing for the period ending September 30, 2022 shows it had $7.2 billion in loans outstanding from the Federal Home Loan Bank of Pittsburgh.

Metropolitan Bank Holding Corp., parent of Metropolitan Commercial Bank, is now running from crypto as fast as it can. According to a press release it issued on January 9, “it will fully exit the crypto-asset related vertical. This decision follows a careful review by the Board of Directors and management and reflects recent developments in the crypto-asset industry, material changes in the regulatory environment regarding banks’ involvement in crypto-asset related businesses, and a strategic assessment of the business case for MCB’s further involvement at this time.”

Metropolitan’s year-end SEC filing has not yet been made but its 10Q for the period ending September 30, 2022 shows it had no outstanding borrowings from the FHLB of New York, although it had $109.3 million in available borrowing capacity.

The housing finance system is to crypto what centipedes are to kangaroos.

According to the regulator of FHLBs, the Federal Housing Finance Agency, the way the system is supposed to work is like this:

“The FHLBanks [which currently number 11] have been a fundamental part of the nation’s financial system for more than eight decades. The System provides its members (members include thrift institutions, commercial banks, credit unions, insurance companies, and certified community development financial institutions), with a source of funding for mortgages and asset-liability management; liquidity for a member’s short-term needs; and additional funds for housing finance and community development…

“While the FHLBanks’ mandate reflects a public purpose, all 11 regional FHLBanks are privately capitalized and do not receive any taxpayer assistance.  During the nation’s 2008 financial crisis, the FHLBanks did not take government money, in fact, as other sources of funding dried up, they increased their lending.”

So how do these “privately capitalized” FHLBs finance themselves? Their regulator explains:

In other words, while they call themselves private corporations, they are receiving the implied guarantee of the U.S. government and taxpayer in their ability to borrow at interest rates akin to U.S. guaranteed treasury securities.

In addition, should one of these crypto-friendly banks fail, the taxpayer-backstopped Federal Deposit Insurance Corporation (FDIC) would be second in line after FHLBs in claims resolution.

In summary, it’s time for the Senate Committee on Banking, Housing and Urban Affairs to slam down its gavel and call to order a hearing to get to the bottom of how these FHLBs have so radically steered away from their housing mandate and into crypto.