BlackRock Stands at the Nexus Between Derivatives Blowing Up in U.K. Pensions and the Shortest Tenure of a Prime Minister in U.K. History 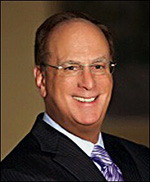 Yesterday, Liz Truss announced she would resign as Prime Minister of the U.K. after just 44 days in office. That’s a new one for the record books in the U.K.

In her brief span in office, Truss had managed to create a financial crisis in the sovereign debt market, force a bailout by the Bank of England, trigger alarm bells about the safety of pension plans in the U.K., and fire her Finance Minister.  All of these events are interconnected. Here’s the short version:

On September 23 Truss’ Finance Minister (the Chancellor of the Exchequer) Kwasi Kwarteng announced big tax cuts which had to be funded through higher government borrowing because the Truss government had no clear plan for how to pay for them. This was interpreted by debt markets to mean bigger deficits, which sent the pound plunging, the bond market tanking and yields on longer-dated British bonds soaring. (When yields spike, the value of the underlying bond suffers losses. Plummeting bond prices, in turn, are bad for portfolios holding them. When leverage and derivatives are involved in those bond portfolios, losses are magnified.)

By September 28 the selloff in gilts (bonds issued by the British government) was so extreme that the Bank of England had to intervene and begin buying up gilts in the billions of dollars to push down yields and shore up prices – despite soaring inflation in the U.K. which would argue for the central bank to increase interest rates, not drive them down.

On October 14, Truss fired Kwarteng and ditched her tax cut plan. Six days later she announced she was firing herself.

Naturally, where there is mayhem, plunging markets, and central bank bailouts, the name BlackRock is going to turn up. For an in-depth look at what we’re talking about, see our “Related Articles” at the bottom of this article.

At the center of the panic selling in the sovereign debt markets in the U.K. was a pension fund strategy known as LDI – Liability Driven Investing. LDI is essentially a benign-sounding name for what is, in reality, a dangerously combustible mixture – derivatives and leverage. This combustible mixture was sold to the tune of $1.79 trillion dollars to pension funds in the U.K. While central banks around the globe were keeping interest rates at rock bottom levels, there were no implosions and no panic selling. But now that central banks are hiking rates, things are breaking, as everyone knew they would.

According to BlackRock’s website, it manages “over $400 billion in LDI assets globally.” According to media reports, other LDI managers include Schroders and Legal & General Group.

There are various videos on BlackRock’s website explaining its evolving thinking on various LDI strategies. In one video with Matt Nili, listed as the Managing Director and head of U.S. and Canada Liability Driven Investing, Nili says this:

“We think that [pension] plans can benefit from more flexibility in their fixed income buckets, and that they should take a fresh look at capital-efficient Treasury instruments to match their liability rate exposures. One plan we recently partnered with explored the use of levered Treasury funds, and they found they could increase their plan hedge ratio from 35% to upwards of 65%….and that was without adjusting their split of growth vs. fixed income assets in the portfolio.”

In another video, Candice Mogg, a Lead Portfolio Manager in BlackRock’s LDI business, reveals this:

“Today I’ll focus on a few market dynamics impacting government assets and derivatives in those dimensions, and when hedging interest rate risk, we generally look for three things: long term performance, value and liquidity. On the left of this slide, as many are aware, pension fund had a pretty incredible run over the past year, reaching levels we have not seen since the global financial crisis, and this growth has led to record stripping in treasuries, most notably in the longest maturities. But this lopsided demand in the longest treasury strips has caused the L-curve to flatten and even mildly invert at the tip of the curve….”

A pre-existing long-term U.S. Treasury Strip is one of the most volatile debt instruments there is in a period of rapidly rising interest rates. Unlike a Treasury note or Treasury bond that pays interest semi-annually (which can be reinvested at higher rates as rates move up), a Treasury Strip pays no ongoing interest payments. A Treasury Strip has a fixed date of maturity and is sold at a discount to the full face amount. If leverage was being added to these already volatile instruments, that would go a long way in explaining the distress in U.K. pension funds.

As of today, no media outlet has a clear handle on what specific LDI strategy was being most heavily deployed in the U.K. pension market; the specific types of derivatives being used; and what global banks or other financial institutions were the counterparties to these derivatives. Until that information is made public, we have very little meaningful information about what happened and what could be impacted next.

Pensions & Investments, however, already has its eye on U.S. markets. It lists 25 large corporations, mostly based in the U.S., whose pension plans are also using LDI strategies.

BlackRock Is Bailing Out Its ETFs with Fed Money and Taxpayers Eating Losses; It’s Also the Sole Manager for $335 Billion of Federal Employees’ Retirement Funds