The Fed Appears to Have Violated the Dodd-Frank Act in the Second Quarter of 2020, Giving $455 Billion in Loans to Citigroup 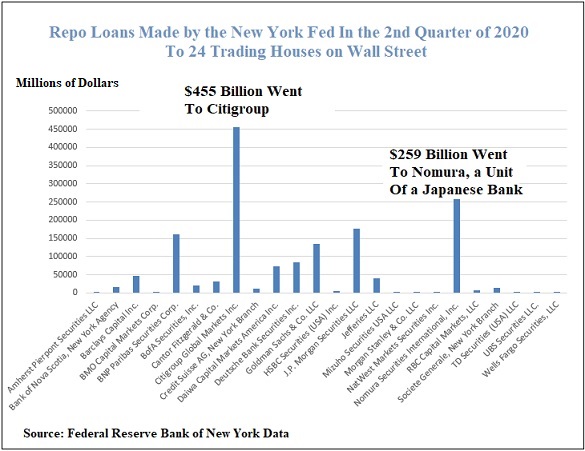 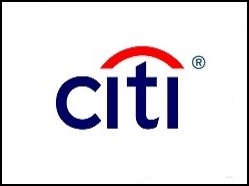 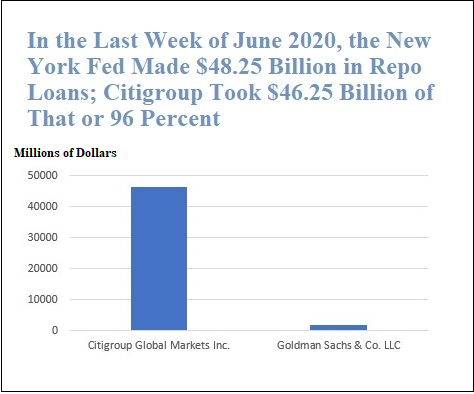 Congress and the American people learned years after the financial crash of 2008 that the Federal Reserve had used its power to electronically create money out of thin air to secretly funnel trillions of dollars to teetering Wall Street trading houses – which was never the mandate of the Fed. Its role was to be the lender of last resort, during a short-term emergency, to commercial banks under its statutory framework, the Federal Reserve Act of 1913. Commercial banks, in turn, make loans to keep the economy of the U.S. running.

But during and after the 2008 financial crisis, the largest of the Fed’s emergency lending facilities, the Primary Dealer Credit Facility (PDCF), sluiced $8.9 trillion in cumulative loans to trading firms on Wall Street. Two-thirds of that amount went to just three firms: $2.02 trillion to Citigroup; $1.9 trillion to Morgan Stanley; and $1.775 trillion to Merrill Lynch according to a congressionally-mandated audit by the Government Accountability Office (GAO). (See chart below from the government audit.)

Citigroup was on the dole with the Fed from December 2007 through June of 2010, making a mockery of the Fed’s role as a lender of last resort during a short-term emergency.

In her book on the 2008 financial crisis, Bull by the Horns, Sheila Bair, the former head of the Federal Deposit Insurance Corporation, writes this about Citigroup:

“By November [of 2008], the supposedly solvent Citi was back on the ropes, in need of another government handout. The market didn’t buy the OCC’s and NY Fed’s strategy of making it look as though Citi was as healthy as the other commercial banks. Citi had not had a profitable quarter since the second quarter of 2007. Its losses were not attributable to uncontrollable ‘market conditions’; they were attributable to weak management, high levels of leverage, and excessive risk taking. It had major losses driven by their exposures to a virtual hit list of high-risk lending; subprime mortgages, ‘Alt-A’ mortgages, ‘designer’ credit cards, leveraged loans, and poorly underwritten commercial real estate. It had loaded up on exotic CDOs and auction-rate securities. It was taking losses on credit default swaps entered into with weak counterparties, and it had relied on unstable volatile funding – a lot of short-term loans and foreign deposits. If you wanted to make a definitive list of all the bad practices that had led to the crisis, all you had to do was look at Citi’s financial strategies…What’s more, virtually no meaningful supervisory measures had been taken against the bank by either the OCC or the NY Fed…Instead, the OCC and the NY Fed stood by as that sick bank continued to pay major dividends and pretended that it was healthy.”

Aware of the Fed’s brazen activities during and after the 2008 financial crisis, and to prevent it from going rogue in the future, Congress passed the Dodd-Frank financial reform legislation in 2010. The law required that the Fed could only use its emergency lending authority for “broad-based” programs that were short-term in nature and were not targeted at saving one specific institution from bankruptcy.

But the Fed’s emergency repo loan program began on September 17, 2019 (months before there was a pandemic emergency in the U.S. or anywhere else in the world) and it lasted until July 2, 2020, when other Fed emergency programs were in place to pick up the slack for Wall Street loan bailouts.

The Fed’s repo loan program was effectively a dodge to get around the fact that Wall Street trading houses could not borrow from the Fed’s Discount Window – which is reserved for depository institutions. Neel Kashkari, the President of the Federal Reserve Bank of Minneapolis, said this in an interview with Yahoo! Finance in October of 2019:

Kashkari made this statement before the New York Fed had released any of the granular data showing which trading houses had done the bulk of the borrowing from the Fed’s repo loan program. He was only partially correct. Indeed, the largest banks on Wall Street, like Citigroup’s Citibank and JPMorgan Chase, could have borrowed from the Fed’s Discount Window. But they would have been humiliated if they had done so. Other trading houses (such as Nomura) that borrowed vast sums from the Fed’s repo loan program were units of foreign institutions and had no U.S. unit that was allowed to borrow from the Fed’s Discount Window.

Repo stands for “repurchase agreement” which is typically an overnight loan collateralized with treasury securities. Repo loans are typically made between banks, brokerage firms, hedge funds and other financial institutions. The New York Fed had to jump into that market on September 17, 2019 because repo lending rates spiked from 2.25 percent to 10 percent – meaning there was a liquidity crisis and firms were backing away from lending to one another. That typically means that one or more firms is in distress, or there is a rumor to that effect.

The Fed provided the amounts it was loaning under its repo loan facility on a daily basis in 2019 and 2020. But it withheld for two years the names of the trading houses doing the borrowing and the amounts each had borrowed. It then began to release that data on a quarterly basis after the lapse of two years. One would have thought that the business press would have made this information front page news to their readers. But stunningly, there was a blanket news blackout by mainstream media, which continues to this day.

The only news outlet releasing the repo loan details as the Fed released the data quarterly was Wall Street On Parade. The only news outlet graphing the gargantuan sums being loaned by the Fed was Wall Street On Parade. We even attempted to nudge the mainstream business press to provide coverage by emailing their editors and asking why this critical story was being censored. How does a news blackout of this magnitude occur in a functioning democracy? It doesn’t.

This afternoon we will publish Part II of this article. It will explore how the woman who oversaw this repo loan program, Lorie Logan, Manager of the Open Market Account at the New York Fed, has relocated to Dallas to replace the disgraced former President of the Dallas Fed, Robert Kaplan, whose scandalous trading in million-dollar-plus trades in stocks and S&P 500 futures is under investigation by the Fed’s Inspector General.