“The fossil fuels conglomerate, Koch Industries, which is privately-owned by billionaire Charles Koch and the heirs of his late brother, David, owns a massive voter database, data mining, get-out-the-vote operation, etc. called i360.

“As you will see from the FEC link below, i360 is selling its services to a multitude of Republican candidates for seats in the House and Senate, as well as to PACs that in turn support those candidates.

“My question is, how is it legal for a privately-owned fossil fuels conglomerate to operate i360, effectively a more sophisticated version of the Republican National Committee.

“My second question is, how does the public know that i360 isn’t charging $50,000 for a service and providing $250,000 in actual services to the candidate that it believes will vote on behalf of the fossil fuel agenda in Congress?

“And, finally, Koch Industries and/or Charles Koch also fund various front groups, like the former Freedom Partners [Action] and the ongoing Americans for Prosperity [Action], which finance attack ads against candidates opposing Koch-supported candidates. How is this broad sweep of campaign operations legal for a sprawling, privately-owned fossil fuels conglomerate operated by a billionaire?”

The response from the FEC was that we could file a complaint with the FEC if we felt campaign laws were being violated. The problem with that is the same entities – Charles Koch and Koch Industries – were part of a corporate network that pushed Citizens United to the Supreme Court and got a rewrite of campaign finance laws so that corporate lawyers now have a far superior advantage over citizens in interpreting the law.

In addition to the possibility that i360 (not to be confused with the tower in England by the same name) could be dramatically undercharging right-wing Republican candidates for the campaign services it is selling, there is the well- established fact that Koch Industries has put enormous amounts of money into developing and building out this high-tech juggernaut. The campaigns of Democratic candidates are not getting the benefit of all of that development and build-out money and the intellectual capital derived from it.

Charles Koch is listed at Forbes at the 17th richest man in the world. He is using his company’s massive wealth to pay large salaries at i360 that may give it a competitive edge in elections. For example, i360 is advertising for Senior Data Engineers in Houston, Austin, Dallas, Chicago, Atlanta, New York City, Arlington, Virginia and San Leandro, California, offering an annual salary of $125,000 to $200,000 per year.

This is a sampling of what i360 says it can offer candidates:

“Thanks to our integrations, we can scale call volume quickly so you aren’t let down as you ramp up your campaigns, from hundreds of outbound calls per hour to more than 100,000…

“Over the years, we’ve invested in building a closed-loop suite of grassroots technology that integrates seamlessly with our action management system, set the standard for predictive models, brought digital and television targeting to new levels and introduced real-time analytics all while driving down costs and raising the bar for quality products and services in the industry…

Oh, and get this: no matter what TV program you have on, Koch’s i360 is able to come into your living room and put its campaign message in your head. It writes:

“Through an exclusive partnership with D2 Media Sales, the strategic relationship between DirectTV and Dish, i360 is able to identify households that meet your target criteria and serve ads uniquely to those households – no matter which stations or programs they are watching. With dozens of i360 custom segments pre-matched to more than 20 million DIRECTV and DISH homes, campaigns can now reach the largest addressable TV advertising platform in the nation. One-to-one television targeting combines the emotional impact of TV advertising with the precision and accuracy of direct mail marketing – resulting in the most cost-effective and high impact buying solution.”

We used FEC campaign records to identify which candidates in this year’s midterms are shelling out disbursements from their campaign coffers to obtain campaign services from i360. In addition to dozens of congressional candidates, two dark money groups were also big buyers of i360 services: the National Rifle Association Political Victory Fund which paid i360 more than $270,000 in 2021 and thus far through July 17, 2022 for Peer-to-Peer Texting; and Americans for Prosperity Action (AFP Action) which has paid i360 $28,325 thus far in this election cycle for what it calls “survey research.”

AFP Action launched in 2018, the same year that the Koch network announced it was planning to spend $400 million on congressional campaigns. One month after AFP Action was formed, it launched a 7-figure digital ad buy to attack Senator Bill Nelson of Florida, a Democrat, in favor of right-wing Rick Scott who was running on the Republican ticket to take Nelson’s Senate seat. With the help of a lot of Koch money, Scott won.

Nelson supported environmental protections and regulations. That was enough to make him the enemy of Koch and the fossil fuels industry.

Freedom Partners wasted no time in making their demands known once their right-wing lackeys were in Congress and Trump was in the White House. Freedom Partners quickly provided the Trump administration with a list of regulations it wanted gutted – like U.S. participation in the Paris Climate accord (which Trump revoked on June 1, 2017 after barely four months in office) and numerous EPA rules. Freedom Partners threatened those lawmakers who didn’t get on board, writing that “Freedom Partners will hold lawmakers who oppose regulatory relief accountable for their positions.”

Why did Koch want to gut environmental regulations? Koch Industries has been serially charged, including a criminal conviction, with dangerously polluting the environment. On January 13, 2000, the Justice Department and the EPA announced the largest civil fine ever imposed against Koch Industries to resolve claims related to its “more than 300 oil spills from its pipelines and oil facilities in six states.” The company agreed to pay a $30 million civil penalty and spend $5 million on environmental projects.

In 2000, 60 Minutes did a story on Koch Industries, revealing the details of what one of the dissident brothers, Bill Koch, was alleging in Court documents: “Bill Koch filed a lawsuit in federal court claiming that much of the oil collected by Koch Industries was stolen from federal lands. At the trial, 50 former Koch gaugers testified against the company, some in video depositions. They said Koch employees had a name for cheating on the measurements.” It was called the Koch Method. “The company used the Koch method with virtually all its customers. In the 1980s alone, Koch records show those so-called adjustments brought the company 300 million gallons of oil it never paid for. And it was pure profit. Bill Koch says that profits from that oil were a minimum of $230 million…In December 1999, the jury found that Koch Industries did steal oil from the public and lied about its purchases – 24 thousand times.”

Senator Pat Toomey, the right-wing Republican from Pennsylvania who had expected to Chair the powerful Senate Banking Committee in 2021 but was disappointed in that quest when Democrats took the Senate in 2020, announced that he would not seek reelection in this year’s midterms. Running for that Senate seat in Pennsylvania – despite having lived in New Jersey for decades – is Dr. Mehmet Oz, a TV personality and retired surgeon. 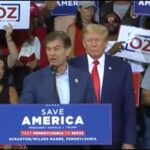 Donald Trump Appears at a Rally for Dr. Mehmet Oz, a Candidate for U.S. Senate, in Wilkes-Barre, PA on September 3, 2022

Dr. Oz’s campaign paid i360 $63,574 through June 8, 2022 for what it termed as “Subscription” and “Database Management.” In August, CNBC reported that “over a dozen oil and gas industry leaders have combined to contribute over $200,000 to Oz’s Senate campaign” and Oz “aims to defend the energy industry….”

Another Senator tapping into the services of i360 is James Lankford of Oklahoma. Through June 13, 2022, Families for James Lankford have spent $30,150 on campaign services provided by i360. Lankford is the fossil fuel industry’s dream candidate. He rejects the science on climate change and refers to it as a “myth.” He also supports more oil exploration.

Another seriously right-wing candidate utilizing the services of i360 is Ted Budd, who currently serves as a House Rep from North Carolina but is running for a seat in the U.S. Senate. Conveniently for the NRA, Budd owns a gun store in North Carolina. According to a May 26, 2022 article in Business Insider, Budd’s gun store, ProShots, offers “AR-15 semi-automatic rifle classes.” 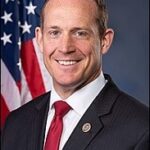 Budd’s current campaign data at the FEC shows just shy of $72,000 in payments to i360 in 2021 and through the latest reported data on May 26, 2022. The services listed are for “List management services and telemarketing.” In Budd’s 2020 campaign for his House seat, AFP Action shows it spent $111,904 supporting Budd.

Budd was one of the 147 right-wing Republican members of Congress who objected to the certification of electoral votes for President Biden following the attack on the Capitol on January 6, 2021.

Another Republican Senate seat getting help from i360 is that of Marco Rubio of Florida. Rubio’s campaign has disbursed just over $70,000 to i360 for web and data services.

Given this background, is it any wonder that polls continue to show that the threat to American democracy is foremost in the minds of voters in the coming midterm elections. On August 31, Quinnipiac University released a poll which asked the question: “Do you think the nation’s democracy is in danger of collapse, or don’t you think so?” The vast majority of respondents, 67 percent, answered “yes.” Only 29 percent said “no.”