The official government website for the Secret Service has a bizarre and alarming bio for Anthony (Tony) Ornato, the Secret Service agent who was allowed by his superiors to become Assistant to President Donald Trump and Deputy Chief of Staff for Operations at the White House. The bio notes that Ornato “was detailed from the Secret Service” to assume these highly political roles.

Because the Secret Service provides protective services to members of both political parties, it has historically been seen as a law enforcement agency that should studiously avoid any appearance of political bias. Ornato not only served under one of the most politically-toxic Presidents in U.S. history, whom tens of millions of Americans believe attempted to overthrow the U.S. government, but Ornato was allowed to return to the Secret Service and become Assistant Director of the Office of Training.

The official bio for Ornato at the Secret Service website lists the following sprawling responsibilities assigned to him during his political stint at the White House: (See screen shot below of this text — in case it also ends up erased from the link we have provided.)

“Prior to joining the Office of Training, he served as an Assistant to the President and Deputy Chief of Staff for Operations at the White House, where he was detailed from the Secret Service. During his tenure, he was responsible for all aspects of security, travel, information technology, military operations, scheduling and operational logistics required in support of the President. Additionally, he managed an unclassified budget of approximately $800 million and led more than 5,000 personnel who provided management and administration services, personnel and human resources, financial oversight, medical support, and the Residence staff who support both the president and the Executive Office of the President complex. In addition, Mr. Ornato oversaw several offices within the White House, to include the Presidential Airlift Group (Air Force One); the Presidential Marine Helicopter Squadron (Marine One); Camp David; the White House Communications Agency; and Presidential Continuity Policy, Plans and Requirements.”

The Secret Service has confirmed a report from its Inspector General that text messages between Secret Service agents and officials for January 5, 2021 (the day plans were being made for the march to the Capitol) and January 6, 2021 (the day the march to the Capitol became a deadly insurrection) have been erased. The Secret Service blames this on a routine replacement and update of communication devices, while neglecting to explain why it ignored an official notice to preserve those electronic communications.

These electronic communications were first requested by four Congressional Committees on January 16, 2021 with a notice to preserve these records. After learning from the Secret Service Inspector General last week that the messages had been erased, the House Select Committee investigating January 6 subpoenaed the texts last Friday. On Tuesday, the Secret Service turned over just one text message from January 6.

The Secret Service says this on its website about its operational skills:

“The Secret Service is the world’s most elite protection force and is at the cutting edge of investigating complex, cyber-enabled financial crime. To execute on these mission skill-sets, the Secret Service integrates rigorous training, skilled financial management, continuous human capital efforts, and robust strategic planning.

“These elements are typically carried out by administrative, professional, and technical personnel, who are career professionals such as accountants, analysts, attorneys, engineers, IT experts, project managers, statisticians and many more to create a culture of empowered, decisive and effective leadership.” (Italics added.)

Surely after more than a year and a half, it should have been able to restore these deleted text messages.

That Ornato was also in charge of “all aspects of” “military operations” in support of the President raises the question as to why Ornato did not use his authority to send the National Guard to the grounds of the Capitol in a timely fashion to protect the Vice President, members of Congress, and the overwhelmed police officers.

The National Guard did not finally arrive at the Capitol until 5:40 p.m. on January 6, after most of the violence had ended and more than three hours after rioters had first breached the Capitol building.

Yesterday, Congressman Jamie Raskin, a member of the January 6 House Select Committee, appeared on Democracy Now! He was asked about the deletion of texts by the Secret Service by co-host Amy Goodman. This was his response:

Raskin: “Well, you have it right. That’s what we are being told. The whole thing stinks to high heaven. The idea that a government agency would either order or permit the destruction of texts relating to January 6th in the weeks following January 6 is just unacceptable. I mean, it’s just plainly appalling. And so, there is, you know, the bureaucratic and political question of how this happened, who ordered it, was it really according to some ‘preplanned’ telephone migration, or was it obviously political as part of some kind of attempt to conceal evidence. And then there’s the technological question, which is: Regardless of how it happened or why it happened, can we retrieve and recover those texts?

“But one thing I found in this process, Amy, is that even when someone is trying to block us from finding something out, there will be multiple other avenues for us to discover the information we’re looking for.”

Tonight at 8 p.m. the January 6 House Select Committee will broadcast a hearing on television that is expected to show what the President and key members of his administration were doing as the insurrection at the Capitol played out minute by minute on January 6, 2021. 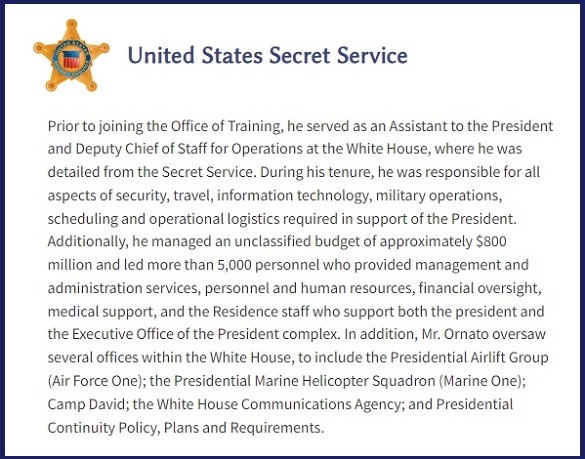