As Questions of Evidence Destruction Hit the Secret Service, a Book Reveals that Secret Service Agents Spread the Big Lie of a Stolen Election on Social Media 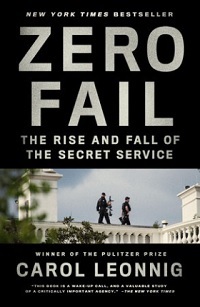 On January 16, 2021 four House of Representative Committees wrote to the Secret Service requesting communications and preservation of documents concerning the attack on the Capitol;

On January 25, 2021 Secret Service agents were reminded by superiors to back-up communications data but were given carte blanche as to what communications to keep and what to delete before communication devices were replaced on January 27, 2021;

June 28, 2022 Cassidy Hutchinson, a top aide to White House Chief of Staff Mark Meadows, testifies in a public hearing held by the January 6 Committee that she was told by Secret Service agent Tony Ornato (who was functioning in the unprecedented dual political role as Deputy Chief of Staff for Operations at the White House) that then President Donald Trump had grabbed a Secret Service agent, Bobby Engel, by the throat for defying Trump’s order to take him to the Capitol on January 6. She also said that Engel was present when this verbal report was given to her by Ornato and that Engel did not dispute Ornato’s version of events. Hutchinson said she was also told by Ornato that Trump had grabbed the steering wheel of the SUV in which he was riding as part of his motorcade, attempting to steer the vehicle to the Capitol, and was told to remove his hand by Engel. Following Hutchinson’s testimony, the Secret Service leaked to the press, without going on the record, that it was disputing this narrative.

July 15, 2022, the January 6 House Select Committee subpoenas electronic communications for January 5-6, 2021 and other material from the Secret Service with a deadline of Tuesday, July 19, 2022. According to media reports, the Select Committee received only one text message under this subpoena and was informed by the Secret Service that other messages had been erased and would likely not be able to be recovered. (The Secret Service actually has a Forensic Unit that should be able to recover those emails. If not, the Justice Department has been able to do such recovery in the past.)

July 19, 2022: The National Archives, which is responsible for ensuring that all government records are preserved, sent a letter to the Department of Homeland Security (parent of the Secret Service) advising as follows:

“In accordance with 36 CFR 1230.16(b), NARA requests that the Secret Service look into this matter. If it is determined that any text messages have been improperly deleted (regardless of their relevance to the OIG/Congressional inquiry of the events on January 6, 2021), then the Secret Service must send NARA a report within 30 calendar days of the date of this letter with a report documenting the deletion. This report must include a complete description of the records affected, a statement of the exact circumstances surrounding the deletion of messages, a statement of the safeguards established to prevent further loss of documentation, and details of all agency actions taken to salvage, retrieve, or reconstruct the records.”

July 21, 2022 the January 6 House Select Committee will hold a prime-time hearing at 8:00 p.m. (ET) where more information on this subject may be revealed.

Unfortunately for the Secret Service, the woman reporting this story for the Washington Post is Carol Leonnig, author of the seminal book on the Secret Service, Zero Fail: The Rise and Fall of the Secret Service. The book was released in May of last year and provides an unsettling perspective on the culture of the agency and Trump’s further corruption of that culture.

Leonnig has worked at the Washington Post for more than two decades and won a 2015 Pulitzer Prize for her work on security failures and misconduct inside the Secret Service. She was also part of a Washington Post reporting team that received the 2014 Pulitzer Prize for revealing the U.S. government’s surveillance of Americans through the disclosures of Edward Snowden.

As for the culture of the Secret Service, Leonnig writes that a Secret Service agent wrote to her after he left the agency and “pointed to the Secret Service’s corrupt promotion system, which so closely resembles La Cosa Nostra’s that agents refer to being ‘made’ when they win their first major promotion, normally orchestrated through horse trading among competing bosses. The agents scrambling to rise in the agency learn the importance of loyalty to their ‘family tree,’ the first supervisors and teammates who backed them, even if it requires later covering up for their misconduct or mistakes.” Leonnig quotes the agent as writing: “Once you are selected and initiated into the club, your loyalty is to the hierarchy, regardless of the situation.”

Leonnig also makes the shocking revelation that some Secret Service agents were openly rooting for Trump to win, going so far as to promote “Trump’s debunked conspiracy theories about rigged voting machines tossing Trump votes and a stolen election.”

In the days after January 6, Leonnig writes that some Secret Service agents took to social media “empathizing with and defending the mission of the armed rioters who breached the Capitol….”

Leonnig also provides the revelation that it was Trump’s intention to make the truth-challenged Ornato the Director of the Secret Service, writing as follows: 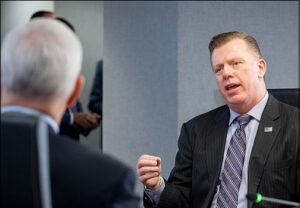 “Trump wanted to make Ornato director, but Ornato said he had other plans and suggested to the president that he hire his good friend James Murray, a twenty-three-year member of the Service, a veteran of presidential protection who also oversaw Trump’s transition and inauguration. Trump hired Murray after an interview lasting roughly ten minutes. The president soon after promoted his loyal detail leader Ornato to a political role that was unprecedented for the nonpartisan Secret Service. At the president’s urging, Ornato took on the job of presidential political adviser, as the deputy chief of staff in the Trump White House.”

On July 7 of this year, the New York Times reported that Murray will retire at the end of this month and has accepted a position with the social media company, Snap, which owns the messaging app, Snapchat.