Meet Marc Short, the Former Koch Exec Who Has Now Testified Before a Grand Jury Investigating the January 6 Attack 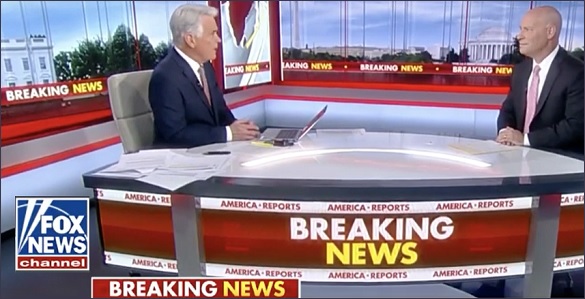 Mainstream media has been abuzz over the past two days that Marc Short, the Chief of Staff to former Vice President Mike Pence, has testified under subpoena before a grand jury convened by the U.S. Department of Justice, which has now broadened its investigation of the January 6 attack on the Capitol to the masterminds. But is that really the headline?

We think the real headline is that Marc Short was previously an executive at the fossil fuels conglomerate Koch Industries, a private company run by billionaire Charles Koch who has been setting up political front groups for four decades. Short went on to become President of a Koch-related dark money group called Freedom Partners from 2011 to 2016. Freedom Partners plowed hundreds of millions of dollars into political operations in an effort to put fossil fuel friendly pawns in Congress and the White House.

Freedom Partners has shuttered its stealthy operations but when we looked at its Board of Directors in 2018, all but one of its 9-member Board was a current or former Koch company employee. The Board Chair at that time was Mark Holden, who served in the dual capacity as General Counsel of Koch Industries.

Dozens of individuals connected to Koch and/or Freedom Partners took up key positions in the Trump administration. That includes the 12 Jones Day lawyers who took their place in the Trump administration on his very first day in office. Jones Day had been outside counsel to Koch Industries. According to Public Citizen, two of the main hires from Jones Day, White House Counsel Don McGahn and Ann Donaldson, Chief of Staff to McGahn, both previously represented Freedom Partners.

Freedom Partners was not bashful about conveying its demands to Trump. And Marc Short served in the role of Director of Legislative Affairs for Trump (before becoming Chief of Staff to Mike Pence) to move that agenda along. According to a formal memo from Freedom Partners, it was demanding withdrawal from the Paris Climate Accord, massive tax cuts for corporations, and the gutting of federal regulations. Trump complied with those demands.

Freedom Partners was organized as a 501(c)(6) tax exempt organization. As such, it did not have to reveal its dark money donors to the public. Its Vice President, Nathan Nascimento, was a registered Federal lobbyist for issues near and dear to the fossil fuels industry. It had an affiliated Super Pac, Freedom Partners Action Fund, which also did not have to reveal its donors. Charles Koch and his trust donated at least $14 million to the Super Pac since 2014 according to the Center for Responsive Politics. The Super Pac ran TV attack ads against Democrats in election years. Time Magazine’s Philip Elliott reported in January 2017 that “In seven of the eight up-for-grabs U.S. Senate races last year, the Koch-backed candidate won. In all, Koch-backed candidates at all levels of races prevailed 96% of the time—a record any outside group would covet.”

After leaving the Trump administration, Mike Pence and Marc Short established their own dark money group, Advancing American Freedom. It was launched on April 7, 2021. This spring, Advancing American Freedom launched a $10 million ad campaign targeting 16 Democrats whom it apparently felt were not adequately on board the fossil fuels bandwagon or were too supportive of climate change science. In a statement announcing the big ad buy, Pence said he wanted the Biden administration to restart the Keystone Pipeline and restore oil and natural gas leases – presumably he meant on federal land.

On June 22, Pence appeared on the Kudlow Show on Fox Business, where he said his goals were to “unleash American energy; open up federal lands to permitting; open up the Alaskan National Wildlife region; begin again Keystone Pipeline; begin to develop the infrastructure necessary to move energy…”

Likewise, Marc Short has shilled for the fossil fuels industry on Fox News. Advancing American Freedom has a link to that video here.

The Ohio Attorney General’s registry for nonprofits lists the business address of Advancing American Freedom as 47 South Pennsylvania Street, Suite 201, Indianapolis IN 46204. That’s the same Suite number and street address as M/O Strategies, whose President is Marty Obst (M/O). The website for M/O Strategies indicates that Obst “currently serves as Senior Political Advisor to Vice President Mike Pence as well as Chairman of the Vice President’s operation of the Trump-Pence re-election campaign. You can read his full bio here.

Obst’s bio also indicates that his firm “provides strategic and grassroots advisory services to over two dozen major corporations, coalitions and associations.” We emailed him yesterday, asking if his clients include fossil fuel companies or related groups. He declined to answer our email.

The Vice President of M/O Strategies is Danielle Cleveland, whose bio indicates that “Most recently, she served as Deputy Executive Director of the Republican Attorneys General Association (RAGA).” RAGA’s dark money arm, the Rule of Law Defense Fund, was one of the “Coalition Partners” that turned out the hordes of people at the Capitol on January 6. According to IRS filings made by RAGA, it has received $511,400 from Koch Industries and a subsidiary since 2014. (See our in-depth report: The Money Trail to the Siege at the Capitol Leads to Charles Koch and Koch Industries.)

Let’s hope that the U.S. Department of Justice peels this onion all the way to its corrupt core – the unbridled Koch money machine — something that the January 6 House Select Committee has yet to do. As we wrote on July 1:

Imagine a country that allows a private fossil fuels conglomerate (or its billionaire boss, Charles Koch, the 17th richest person in the world according to Forbes) to get away with the following:

Meet secretly with big political donors twice a year to plot a coordinated strategy to put their chosen people in public office;

Meet at his private club with a sitting Supreme Court justice who will then rule on key legislation that benefits his interests;

Fund an organization that then sluices money to the wife of the Supreme Court Justice;

Run a highly sophisticated voter registration database, data mining and get-out-the-vote operation called i360, in order to pack Congress with people who will pursue an antiregulatory agenda;

Install dozens of its lawyers and operatives into the highest offices of the federal government;

Run a sprawling, opaque trading operation that could potentially be raising the prices of the fossil fuel products it sells via the futures market;

Continue to operate major factories in Russia, ignoring sanctions and a murderous regime waging an unprovoked war on Ukraine, until a pressure campaign forced it to say it will look for an exit strategy;

Provide funding to groups involved in sending a mob to attack the seat of government of its own home country on January 6;

Fund groups that use dark money and propaganda to put lifetime justices on the highest court to pass legislation friendly to the fossil fuels conglomerate.

If this sounds like some kind of dystopian novel, welcome to the United States of Koch, circa 2022.