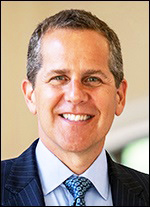 In addition to being a law professor at the University of Michigan, Michael Barr also holds the title as the “Joan and Sanford Weill Dean of Public Policy at the University of Michigan’s Gerald R. Ford School of Public Policy.” The Ford School sits in a building called the Joan and Sanford Weill Hall, which was given that name as the result of a $5 million donation from the Weills.

To anyone who hasn’t been in a coma since the Wall Street crash of 2008 – an event that sent the U.S. economy into the worst economic collapse since the Great Depression – an affiliation with the name “Weill” should have been an automatic disqualifier for any position in the Biden administration even remotely connected to regulating Wall Street.

Instead, at the behest of some powerful person or persons, Michael Barr is now Biden’s nominee to be the point man at the Federal Reserve for regulating the megabanks on Wall Street as the Fed’s Vice Chair for Supervision. Biden announced Barr as his nominee on April 15, after his first nominee, Sarah Bloom Raskin, withdrew her name after it became clear that she couldn’t get enough votes in the Senate to be confirmed. (Wall Street torpedoed Raskin’s nomination out of fear she might actually do her job.)

Sanford (Sandy) Weill is the mastermind who made the too-big-to-fail megabanks on Wall Street possible by getting the Glass-Steagall Act repealed in 1999 with help from Treasury Secretary Robert Rubin during the Bill Clinton presidency. For the first time in 66 years, the repeal meant that federally-insured, deposit-taking banks could merge with Wall Street’s casino-mentality trading houses. Weill needed that repeal so that he could merge his hodge-podge of trading houses with the federally-insured Citibank, creating a megabank called Citigroup. Clinton even gave Weill one of the pens from the signing ceremony.

Rubin went directly from the Treasury Department to take a seat on Citigroup’s Board, where he was lavishly compensated to the tune of $120 million over the next decade. The Financial Crisis Inquiry Commission made a criminal referral to the Department of Justice, asking that Rubin’s conduct at Citigroup be investigated. Nothing more came of it.

Joan Weill is Sandy’s wife – who shares her husband’s penchant for plastering his name on school buildings and rescinds her donation when she can’t get her way.

Gerald Ford’s connection to Sandy Weill is that Weill liked to put politically-connected people on the Board of Citigroup. Ford sat on Citigroup’s Board from the inception of the Frankenbank in 1998 until Ford’s death in 2006. Ford’s tenure on the Board (as well as Rubin’s) covered the period when Weill was creating dodgy debt bombs called Structured Investment Vehicles (SIVs) which moved subprime debt off Citigroup’s balance sheet. The SIVs blew up in 2008, forcing the subprime debt back onto Citigroup’s balance sheet, which led to a collapse in the bank’s stock price. Citigroup was a 99-cent penny stock by early 2009.

Weill made out just fine, however. His Citigroup “dracula” stock options had turned Weill into a billionaire and he exited the bank two years before Citigroup’s collapse, thus allowing him to cash out of much of his share holdings.

Weill’s billionaire status grew out of what corporate compensation expert Graef “Bud” Crystal called the Count Dracula stock option plan – you simply could not kill it; not even with a silver bullet. Nor could you prosecute it because Citigroup’s Board of Directors rubber-stamped it.

Weill’s stock option plan worked like this: every time he exercised one set of stock options, he got a reload of approximately the same amount of options, regardless of how many frauds the bank had been charged with during the year.

When Weill stepped down as CEO in 2003, he had amassed over $1 billion in compensation, the bulk of it coming from his reloading stock options. (He remained as Chairman of Citigroup until 2006.) Just one day after stepping down as CEO, Citigroup’s Board of Directors allowed Weill to sell back to the corporation 5.6 million shares of his stock for $264 million.

A General Accountability Office audit revealed in 2011 that the Federal Reserve had secretly pumped $16 trillion in cumulative loans at almost zero interest rates to Wall Street banks and trading houses from December 2007 to July 2010. Citigroup was the largest recipient of the Fed loans, receiving $2.5 trillion in cumulative loans from late 2007 to the middle of 2010. In addition, Citigroup received $45 billion in capital injections from the U.S. Treasury; the Federal government guaranteed over $300 billion of Citigroup’s assets; the Federal Deposit Insurance Corporation (FDIC) guaranteed $5.75 billion of its senior unsecured debt and $26 billion of its commercial paper and interbank deposits.

Before failing up to become Obama’s Treasury Secretary, Geithner was the President of the New York Fed, whose bank examiners had missed all the signs that the casino was about to explode, but nevertheless was allowed to oversee the vast majority of the Fed’s bailout programs in 2008. Geithner had an unseemly closeness with Weill and Citigroup as it spun toward insolvency. (See our report: As Citigroup Spun Toward Insolvency in ’07- ’08, Its Regulator Was Dining and Schmoozing With Citi Execs.)

David Dayen, Executive Editor of The American Prospect, has written an insightful article on the Barr nomination. We reached out to Dayen for any additional thoughts he might have. Dayen responded:

“Michael Barr was Tim Geithner’s right hand during the Dodd-Frank process, and several staffers involved in the legislation have told me that he was more of a hatchet man who was instrumental in weakening the reform and untruthful along the way. It’s disappointing that there’s no will to fight this nomination among the leading reformers in the Senate, who are giving Barr too much credit for his consumer protection record and ignoring what he might do in the Fed supervision role. This is the kind of choice you’d expect Republicans to force on Joe Biden if they ran the Senate.”

Jeff Hauser, Executive Director of the Revolving Door Project, also had some choice words about the Barr nomination, issuing a statement that included this:

“Barr’s judgment has not improved since the crisis: he was an advisor and legitimator for Ripple, an unregistered security posing as a cryptocurrency. He is still part of a network of advisors to NYCA Partners, a venture capital fund that brings Wall Street and Silicon Valley together to carve up Americans’ finances via regulation-dodging fintech apps. He once sat on the Board of the Ripple- and fintech-funded Alliance for Innovative Regulation, a think tank which has called for throwing out almost everything which keeps our financial regulatory system accountable to the public, such as FOIA law and public comment periods, and replacing it with surveillance technology.”

If you care about the future of your country, call your Senators today and voice your thoughts on this nominee.