While JPMorgan Is Saying “Buy,” Morgan Stanley Is Advising Clients to “Sell” 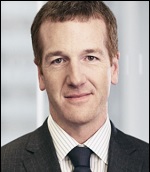 The Fed has just raised its benchmark interest rate by a quarter point with a projection of six more rate hikes ahead this year – which is usually the death knell for stocks. Russia has invaded Ukraine, a sovereign country of 44 million people, which has forced NATO countries to provide weapons to Ukraine. This has brought threats of retaliation from Russian President Vladimir Putin, creating the worst military crisis since the beginning of World War II. None of this is the stuff of which bull markets in stocks are made.

Despite that, the wizards at JPMorgan Chase are telling its millions of clients around the world that it’s time to buy this stock market. (Before you decide to take advice from JPMorgan Chase, you may want to read this.)

Even more interesting, the half of JPMorgan that was split off from it in 1935, Morgan Stanley, is giving the opposite advice to its 16,000 brokers and their millions of customers. Mike Wilson, the Chief U.S. Equity Strategist and Chief Investment Officer at Morgan Stanley, who has spent more than three decades at the firm, is saying it’s time to sell this rally, that it’s nothing more than a “vicious bear market rally.”

A “vicious bear market rally,” is also known to veteran traders as a “short squeeze.” That happens when a lot of people (or one or more large hedge funds) have made bets that the stock market (or a particular tradeable security) will decline in price (a short bet), only to have a rumor or intentional news leak or coordinated buying by invisible hands spark a rally that scares the shorts into a buying frenzy to cover their short bets. A secular (long term) bear market is notorious for periodic short squeeze rallies that confuse investors into thinking a new bull market has begun.

How does a brokerage firm with 16,000 stockbrokers (now called financial advisors) make money if its clients sell their stocks and sit in cash for an indefinite period of time? Well, Morgan Stanley isn’t telling anyone to sit in cash.

Mike Wilson has been around Morgan Stanley long enough to know that brokers can turn on an equity strategist like a vicious pack of wild animals if he makes a bad call that costs them their best clients. That’s exactly what happened to Salomon Smith Barney’s Jack Grubman, who was also eventually charged by the SEC with issuing “fraudulent research” during the leadup to the dot.com bust of 2000. (Grubman was never criminally charged by the Justice Department nor did he go to trial on the SEC’s civil charges. He paid a $15 million fine, was barred from the industry, and walked away. His haul while at Salomon Smith Barney according to the SEC, ‘exceeded $67.5 million, including his multi-million dollar severance package.’ ”)

There’s an abundance of evidence out there that this is far from another buy-the-dip bull market. Bank of America reported in early February that 46 percent of Nasdaq’s component companies were more than 50 percent below their 52-week highs.

A chart published by Liz Ann Sonders, Chief Investment Strategist for Charles Schwab & Co., on January 31 of this year further underscored the deterioration occurring below the headline index numbers. Sonders reported that the average stock decline in the Russell 3000 was a drop of 32 percent from its 52-week highs. Equally alarming, companies in the 10th decile within the Russell 3000 had experienced an average decline of nearly 70 percent from their 52-week high.

It’s a good bet that Mike Wilson is looking at these same charts.