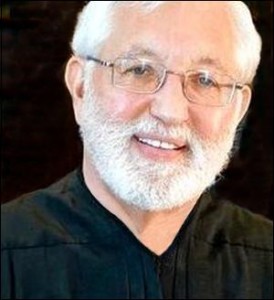 On January 6, Senior U.S. District Court Judge Jed Rakoff signed a dangerous Protective Order in the Shaquala Williams v JPMorgan Chase case which resides in the Southern District of New York. Williams is a whistleblower who has critically important information to share with the public regarding this five-count felon bank.

The Protective Order may make it impossible for the public to ever learn the essential details of what Williams is alleging. We’ll get to the problematic parts of the Protective Order shortly, but first some necessary background.

Williams is an attorney who formerly worked in compliance at JPMorgan Chase. Part of her role was to make sure that the bank adhered to a non-prosecution agreement it had signed with the Justice Department in 2016.

In 2016 the Justice Department had charged that JPMorgan’s Asia subsidiary engaged in quid pro quo agreements with Chinese officials to obtain investment-banking business and had falsified internal documents to cover up the activities. The quid pro quo agreements involved the bank putting the children of high Chinese government officials on its payroll in order to enhance its business interests in China.

In exchange for avoiding prosecution, the Justice Department required the bank to put in place compliance controls around third-party payments. Williams alleges, among other serious charges, that the so-called third-party payment controls were a sham and that when she blew the whistle to her superiors at the bank, JPMorgan Chase retaliated against her by firing her in October 2019.

Williams alleges the following was happening inside the bank to subvert the required compliance controls:

“If properly implemented, invoice controls would ensure that JPMorgan was not funding corruption by labeling corrupt third-party payments as legitimate business expenses.

“Williams also raised concerns about JP Morgan’s inaccurate books and records. There were inconsistencies between the TPI [Third Party Intermediaries] payment records and the Bank’s centralized payment systems that feed into its general ledger. For example, a former government official (‘TPI1’) was a high risk JPMorgan third-party intermediary for Jamie Dimon (‘Dimon’), JPMorgan’s Chief Executive Officer. The Bank processed the invoices for TPI1 through the ‘emergency payment method.’ The Bank’s policies made clear that the ‘emergency payment method’ should be used for urgent payments critical to the day-to-day operations of Chase such as emergency utility bills ‘to prevent the lights from going out.’ The TPI1 invoices did not satisfy this standard, thus leaving the payment method open to unchecked corrupt payments and violations of the Bank’s accounting controls, the NPA, SEC Order, SEC rules and regulations, and provisions of Federal law relating to fraud against shareholders. Further, the payments as reflected in the general ledger did not correspond with management’s general or specific authorization for the invoice payments, thereby creating inaccurate records that also constituted violations of the NPA, the SEC Order, SEC rules and regulations and/or provisions of Federal law relating to fraud against shareholders.”

The lawsuit contains this additional stunning allegation related to these invoices:

So, just to summarize, Williams, an attorney with first-hand knowledge of the internal workings of JPMorgan Chase, is alleging that the largest bank in the U.S. was keeping two sets of books while dodging the requirements of a non-prosecution agreement with the U.S. Department of Justice. She is also alleging that a “high risk” former government official, tied in unexplained ways to Jamie Dimon, Chairman and CEO of JPMorgan Chase, was being improperly paid by the bank through an “emergency payment method.”

These allegations from an attorney should have made front-page news across America, especially considering the serial criminal activities that the bank has admitted to since 2014. Instead, Bloomberg News devoted 267 words to the matter, then dropped the story. (For how mainstream media is engaging in a complete news blackout of another critical story involving Wall Street, see here.)

The Protective Order that Rakoff has approved permits large parts of the documents obtained during discovery to be stamped “Confidential.” It also indicates that if anyone leaks those confidential documents, they can be held in contempt of court. It then says that “…the Court is unlikely to seal or otherwise afford confidential treatment to any Discovery Material introduced in evidence at trial, even if such material has previously been sealed or designated as Confidential.”

That last sentence above might be comforting if there was any guarantee that this case would ever come to trial and be afforded the sunshine of an open courtroom. But the law firm representing Williams is Vladeck, Raskin, & Clark P.C., which describes itself as follows: “Because we are prepared to take cases to trial, we are frequently successful in negotiating resolutions for our clients short of litigation. In fact, some of our biggest successes are settlements you will not find on our website or in reported decisions.”

Are secret settlements really good for America when it comes to Wall Street – the only industry in America that was capable of collapsing the U.S. economy and housing market in 2008 and ballooning the national debt to historic levels?

Despite the suggestion in the Protective Order that Rakoff “is unlikely to seal or otherwise afford confidential treatment to any Discovery Material introduced in evidence at trial,” there is this disturbing statement at Paragraph 16: “This protective order shall survive the termination of the litigation.”

So if the case ends in a quiet settlement before trial, lawyers may get secret windfall payments, the plaintiff may get a secret windfall payment, and the public will be deprived of learning the details of where all that money from two sets of books was going and the name of that “former government official” who was getting some of that dough from a five-count felon bank.

The court initially assigned Judge Andrew Carter to the case. But quietly, on November 16, the case was reassigned to Judge Jed Rakoff, who curiously seems to land on a lot of JPMorgan Chase cases, ruling in favor of the bank in many high-profile cases. (See here and here.)

We’ll be watching this case closely.

Editor’s Update: As we expected, the case was quietly settled on Monday, October 24, 2022, just 10 business days before a trial was scheduled to begin. The dollar amount of the settlement was not disclosed. The public will, apparently, forever remain in the dark about the largest bank in the United States allegedly keeping two sets of books.