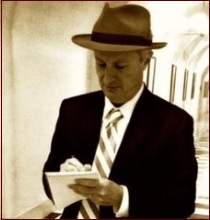 Fed Chair Jerome Powell’s press conferences are tortiously zombie affairs even for Fed wonks like us. The vast majority of questions coming from the press strictly adhere to coloring inside the lines. That means only slight variations on endless questions about inflation, asset tapering, timing of rate hikes and similar snoozers.

We were struggling to avoid nodding off during Powell’s press conference this past Wednesday when the Fed and economic reporter for Bloomberg News, Craig Torres, jolted us upright in our chair. Torres asked Powell a wonky question and then appended a follow up question about the Fed’s trading scandal. That part of the exchange went as follows:

Torres: “Chair Powell, I have a quick administrative question. You know, Robert Kaplan’s disclosure of his securities transactions: In a couple of months, Chair Powell, or maybe sooner, you and I will file our tax returns. And we’ll list transactions and all kinds of things. And next to those transactions we’ll put dates. And Bloomberg asked for the dates of Mr. Kaplan’s transactions. The Dallas Fed is not giving us the dates. And I don’t see why this is a matter for the Inspector General or anybody else. I mean, why can’t he give us the dates? Will you help us get the dates of those transactions? Thanks.”

Powell: “I know you’ve been all over this issue with my colleagues, Craig, on the issue of information. We don’t have that information at the Board. And, you know, I had — I asked the Inspector General to do an investigation, and that is out of my hands. I’m playing no role in it. I seek to play no role in it. And I don’t — I really — I can’t help you here today on this issue. And I’m sorry I can’t.”

Torres was not suggesting that the trading scandal itself is not “a matter for the Inspector General or anybody else.” Clearly, the trading scandal is a matter for the SEC and the criminal division of the Justice Department. (See our report:  Robert Kaplan Was Trading Like a Hedge Fund Kingpin for Five Years while President of the Dallas Fed; a Dozen Legal Safeguards Failed to Stop Him.)

Torres was suggesting that there is no reason for the dates of Kaplan’s trades to be withheld from the public because of any ongoing investigation because that information was previously legally owed to the American people and Kaplan didn’t provide it as legally required. Thus, as they say in the courtroom, it’s “ripe” for disclosure.

When Kaplan made his multiple “over $1 million” trades in bets on which way the stock market would move using S&P 500 futures – during the year of 2020 when he was both sitting as a voting member of the Fed’s FOMC as well as making market-moving comments himself to the media – he was legally obligated to report the dates of each individual buy and sell on the form provided to him by the Dallas Fed. Every other regional Fed Bank President listed the dates of the buys and sells. But Kaplan simply wrote the word “multiple” where the date was required. (See Kaplan’s financial disclosure forms from 2015 through 2020 here.)

Kaplan is a sophisticated investor who spent 22 years at Goldman Sachs, rising to the rank of Vice Chairman. He clearly knew, for five solid years, that he was not providing the dates of his trades as required by the mandated financial disclosure form. That, in and of itself, is a smoking gun. Why withhold information if you have nothing to hide?

What Craig Torres should do now is what the late Bloomberg reporter Mark Pittman did in 2008. He should march into the newsroom and ask his boss if he can file a lawsuit in federal court to get the information that the Dallas Fed refused to turn over. But instead of filing a lawsuit against the Fed, which is likely telling the truth and doesn’t have Kaplan’s trading records (because it’s incompetent at policing trading abuses within its own ranks as well as on Wall Street) Torres and Bloomberg should file a lawsuit against Kaplan himself.

Think about that for a moment. Kaplan is now a private citizen. He can no longer hide behind the shield of the Dallas Fed. The information was legally required to be filed by him from 2015 through 2020 and he didn’t file it. It belongs to the American people and to the press. It is long overdue so the court should demand its immediate release. Kaplan’s stalling tactics are grinding investigative journalism in this critical area of public interest to a halt.

In addition, Torres could ask the court to make Kaplan turn over not simply the dates of his trades but the trade confirmations from his brokerage firm to confirm that he’s now being forthright about these trades. That would provide a major piece of information about the name of the brokerage firm that had such lax compliance procedures that it allowed a Fed Bank President with insider information to trade like a hedge fund kingpin. As we previously reported, Goldman Sachs Refuses to Say If It Was Placing Trades for Dallas Fed President Kaplan.

Mike Bloomberg’s willingness to meddle and defend rogue actors is on full display in a headline at Bloomberg News today. He’s written an opinion piece telling Congress to back off bringing antitrust legislation against big tech companies. Should the public be listening to a billionaire tell Congress what legislation it should bring when Mike Bloomberg used his own wealth to overturn term limits in New York City so that he could get a third term as Mayor?

You might be questioning why Wall Street On Parade hasn’t brought such a case against Kaplan to federal court since we seem to be in possession of all of the salient details. It’s because we’re a two-person research and writing team and we’re already hard-pressed to pick up the slack on what mainstream media won’t report. For example, consider our report: There’s a News Blackout on the Fed’s Naming of the Banks that Got Its Emergency Repo Loans; Some Journalists Appear to Be Under Gag Orders.

If Bloomberg News files the lawsuit, it can do what it did in the Pittman case. It can get other major media outlets to support its position in an Amicus Brief. It’s time for American journalists to come out of our COVID caves and re-engage in a participatory democracy.