Thomas J. Falk Represents the Public on the Dallas Fed Board of Directors

Last Wednesday, the Editorial Board of the Financial Times of London penned an editorial under a headline that read: “The Fed’s Trading Scandal Undermines Public Trust.” The editorial noted that the President of the Dallas Fed, Robert Kaplan, “held stakes over $1m each in 27 investments, and moved in and out of S&P 500 futures. The precise dates of his transactions are unknown as his form declaring financial interests merely gives ‘multiple’ as the timeframe.”

Last Friday, this headline appeared at the Wall Street Journal: “Boston, Dallas Fed Banks Pledge Cooperation With Stock-Trading Probe.” But then the article revealed this:

“The Dallas Fed has declined multiple requests to fully disclose Mr. Kaplan’s extensive trading activity. For example, Mr. Kaplan’s disclosures list ‘multiple’ for trades in stocks and other investments without specifying the dates of the transactions.” 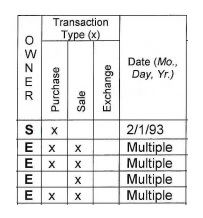 And in each of those years Kaplan was, astonishingly, trading in S&P 500 futures contracts, an instrument used by hedge funds to make highly leveraged bets on the direction of the market.

Every other Fed Bank President and every member of the Fed Board of Governors’ financial disclosure forms for 2020 that we reviewed listed the specific dates of each purchase and each sale. But Kaplan did not for six running years.

Since at least 2017, Sharon Sweeney has served in the dual role as General Counsel and Ethics Officer at the Dallas Fed. Sweeney’s name appears under Kaplan’s on his financial disclosure form. Sweeney has a law degree. She should have been able to readily see that the form required specific dates and that Kaplan was evading this requirement.

Two of the most widely read financial newspapers in the world have now called attention to the Dallas Fed’s failure to turn over the dates of Kaplan’s trades. It is impossible to ascertain if Kaplan was trading on inside information, or trading on market-moving information he gave to the press himself, without those dates. (See Dallas Fed President Kaplan Was Making Bold, Market-Moving Statements to Media During 2020 Crisis; the Same Year He Traded Tens of Millions of Dollars in Stocks and S&P 500 Futures.)

After Wall Street On Parade made multiple requests via email to the Communications Team at the Dallas Fed, requesting the dates of Kaplan’s trades without getting the information, we then asked the Communications Team to elevate our request to the Dallas Fed Board of Directors. When we heard nothing back, last Wednesday, October 6, we sent an overnight letter to the home of Thomas J. Falk, the Deputy Chair of the Dallas Fed Board of Directors who is the retired, former Chairman and CEO of Kimberly-Clark.

Falk is one of the three Dallas Fed Board Members appointed by the Federal Reserve Board of Governors in Washington, D.C. to represent the public. (Surely there is no greater public interest than to allow a free press to do its job.) In our letter, we asked Falk to represent the public’s right to know and release Kaplan’s trading dates. We tracked the letter to make certain it was delivered the next day. It was.

It is now Tuesday, October 12 and no trading dates for Kaplan have been forthcoming from the Dallas Fed.

In our overnight letter to Falk, we also called attention to a materially false statement that the Dallas Fed Board had issued in an apparent attempt to whitewash Kaplan’s conduct. We wrote as follows to Falk:

“On Monday, September 27, under your name and that of the Chair, Greg Armstrong, the Board of Directors of the Dallas Fed released a statement to the press that included this sentence:

‘Upon joining the Bank, Rob systematically sold all of his personal holdings related to financial institutions over which the Federal Reserve had regulatory oversight or were otherwise restricted.’

“This was a materially false statement since Mr. Kaplan’s financial disclosure forms indicate that he owned four proprietary products from Goldman Sachs long after he joined the Dallas Fed on September 8, 2015. (Goldman Sachs has been supervised by the Federal Reserve since September 21, 2008.)

“In addition, Mr. Kaplan uses the term ‘GS’ on his various financial disclosure forms next to three other proprietary products that were created and sold by Goldman Sachs: the Goldman Sachs Financial Square Money Market Fund; the Goldman Sachs Medium Term Managed Corporate Bond Account, and the Goldman Sachs Private Equity Fund 2000 (which does not publicly trade).”

We asked Falk to see that a retraction of the materially false statement by the Board was issued. No such retraction has been made as of this morning.

Critical to this latest debate about the public’s right to demand and receive transparency about the activities of the central bank of the United States is the fact that both Bloomberg News and Fox News Network were forced to engage in a federal court battle with the Federal Reserve Board of Governors for more than two years in order to obtain the names of the banks and the amounts the Fed had funneled to these teetering trading houses under its emergency lending programs during and after the financial crash of 2008.

The Fed knew the sums were astronomical and an embarrassment to the Fed so it thought it could simply stomp on the public’s right to know. Fortunately for America, the Second Circuit Appellate Court decided in favor of both Bloomberg News and Fox News Network. (See here and here.)

But then the very banks that the Fed was bailing out, including Bank of America, JPMorgan Chase, and Citigroup, formed a consortium called The Clearinghouse Association LLC and filed an appeal with the U.S. Supreme Court to stop the release of the data. The Supreme Court declined to hear the appeal and the Fed was finally forced to release the data.

The details were worse than any financial news reporter could have imagined, with a cumulative tab of over $29 trillion to shore up a financial system that the Fed itself was supposed to be supervising prior to the crash. (See Levy Economics Institute’s “A Detailed Look at the Fed’s Bailout by Funding Facility and Recipient.”)

We strongly suspect that the details of Kaplan’s trading are going to equally shock the conscience. Otherwise, why would there be such stonewalling of media requests to release them? But just because the Fed will be embarrassed by what’s been going on behind the scenes and its failure to police its own ranks, it does not provide a legal basis for riding roughshod over the public’s right to know.

If this stonewalling continues, we would hope that one of the well-heeled media outlets would summon the courage to file another federal lawsuit to gain access to information that has been withheld from the press for far too long.