Fed watchers are stunned that Fed Chair Jerome Powell thinks it is appropriate for the Fed to investigate itself following one of the most arrogant and brazen trading scandals in the history of the Fed.

The focal point of that scandal is Robert S. Kaplan, the President of the Dallas Fed, who held non-public, market moving information throughout last year but nonetheless traded in and out of tens of millions of dollars of individual stocks as well as – wait for it – S&P 500 futures, an instrument used by speculators to make highly leveraged, directional bets on the market. S&P 500 futures extend the trading day to almost 24/7 from Sunday evening to Friday night.

There was nothing de minimis about Kaplan’s trading of individual stocks. According to his financial disclosure form for 2020, Kaplan made “multiple” purchases and sells of greater than $1 million per transaction in 11 individual stocks. Three of those were interest-rate sensitive Big Tech stocks (Amazon, Apple and Facebook) that rose between 75 percent to 90 percent from their March 2020 lows, in no small part because of the interest rate cuts and other interventions of the Federal Reserve in 2020. See chart below.)

The E-mini S&P 500 futures contract can be leveraged by as much as 95 percent. Kaplan’s financial disclosure form indicates that he made “multiple” purchases and sells of some form of S&P 500 futures contract in transaction amounts of “over $1,000,000.” Currently, the public has no idea of how much “over $1,000,000” that futures trading amounts to or when it occurred.

Kaplan previously worked for 22 years at one of the most sophisticated trading firms on the globe, Goldman Sachs. Kaplan rose to the rank of Vice Chairman at Goldman Sachs and was making $17.5 million in annual compensation in 2005. According to SEC filings, on February 7, 2005, eight months before Kaplan joined the Harvard Business School, Kaplan held $266 million in Goldman Sachs’ stock.

In short, Kaplan was an extremely wealthy man who could have simply bought triple-A rated, tax-free municipal bonds and lived very comfortably the rest of his life, while avoiding notoriety for himself, his family and the central bank of the United States, the Federal Reserve.

Kaplan was a voting member of the FOMC in 2020 and thus had access to non public, market moving information regularly throughout 2020.

In a normal year, the FOMC votes and announces market moving information just eight times a year – about every six weeks. The general public doesn’t get to read the minutes of these meetings until three weeks later. The minutes themselves can also move markets. The voting members of the FOMC know ahead of time what is in those minutes that will move markets — up or down. The communications team at the Dallas Fed has inexplicably declined to say if Kaplan was shorting the market in 2020. Were a voting member of the monetary policy setting committee of the U.S. central bank to short the market during one of the worst economic and health crises in U.S. history, it would be an act of unprecedented personal greed, putting self before country.

But 2020 was not a normal year for Fed announcements. It was a year of an unprecedented pandemic when the Fed made one stunning announcement after another, sometimes during the trading day, at one point on a Sunday evening, and another time at 11:30 p.m. on a weekday night.

Take March 12, 2020 for example. Shortly after the opening bell at 9:30 a.m. at the New York Stock Exchange, the Dow Jones Industrial Average was down 2,000 points and was locked, limit down, meaning trading was temporarily suspended. (The New York Stock Exchange suspends all trading for 15 minutes when the S&P 500 Index drops 7 percent, which occurred shortly after the opening bell on March 12.)

At 12:58 p.m. on March 12, the New York Fed commenced a series of unprecedented Tweets. The official statement from the New York Fed said that the FOMC had been consulted in advance of these announcements, meaning that Kaplan had advance knowledge.

The gist of the announcement on March 12, during market trading hours, was that the Fed would be offering $500 billion in 3-month repo loans to its primary dealers (Wall Street trading firms) at 1:30 p.m. that day, which was on top of the $198.10 billion the Fed had already loaned the street in its morning repo loan operations. In addition, the announcement indicated that the Fed would offer another $1 trillion the next day in repo loans and $1 trillion a week in repo loans “for the remainder of the monthly schedule.”

One minute after the Tweet from the New York Fed, this headline ran at CNBC: “Fed to pump in more than $1 trillion in dramatic ramping up of market intervention amid coronavirus meltdown.” The stock market immediately shaved 500 points from its losses. Unfortunately, market losses accelerated in the afternoon with the Dow closing down 9.99 percent for its worst one-day crash, at that point, since October 19, 1987. By the closing bell, the Dow was down 2352.6 points.

Three days later, in another unprecedented move, on Sunday evening, March 15, at 5 p.m. the Fed announced it was slashing interest rates to zero, launching a $700 billion Quantitative Easing (QE) program, and cutting its Discount Window rate (the interest rate at which banks can borrow anonymously from the Fed) from 1.25 percent to one-quarter of one percent. The markets, correctly, read this as panic on the part of the Fed and S&P 500 futures tanked shortly after the announcement. By the close of trading on Monday, March 16, the Dow had lost another 2,997 points. The FOMC meeting in which all of this was voted on was an emergency meeting held ahead of the regularly scheduled meeting, thus adding further to market panic.

On Tuesday, March 17, at 10:45 a.m. in the morning, the Fed announced it was creating a bailout facility for commercial paper. At 6:00 p.m. the same day, the Fed announced another bailout facility for its primary dealers (the trading houses on Wall Street), called the Primary Dealer Credit Facility (PDCF). Both of these facilities were characterized by the Fed as helping “to support the credit needs of households and businesses,” rather than the obvious goal of bailing out Wall Street. (The same facilities were used to bail out Wall Street during the financial crash of 2008. In fact, the Primary Dealer Credit Facility pumped out $8.9 trillion dollars in cumulative loans from December 2007 to July of 2010 and two-thirds of that amount went to just three firms: Citigroup, Morgan Stanley and Merrill Lynch according to an audit of the Fed performed by the Government Accountability Office.)

The next day, Wednesday, March 18, the Fed announced a bailout facility for money market mutual funds. That announcement came late at night, at 11:30 p.m. when U.S. stock exchanges were closed but S&P 500 futures were trading.

And on and on it went throughout 2020 with one announcement after another from the Fed causing gyrations in the market. If ever there was a year for a high-ranking Federal Reserve official, especially one sitting on the secret deliberations of the FOMC, to not be aggressively trading the market for his own account in order to protect his own reputation as well as the credibility of the Fed, it was in 2020.

Because the unprecedented announcements by the Fed occurred in the same year as unprecedented trading by the Dallas Fed President, the U.S. Department of Justice must get involved. The DOJ must subpoena the trading records from Kaplan’s brokerage firms and examine how his trades compare with the timing of announcements from the Fed.

Kaplan’s personal trades could have also sent a signal to the brokers at the trading firm(s) he was using to place his trades, who may have replicated his trades based on the belief that he was trading on inside information. Those broker records must also be subpoenaed.

An analysis of this trading by the DOJ needs to be released to the American people as soon as possible. 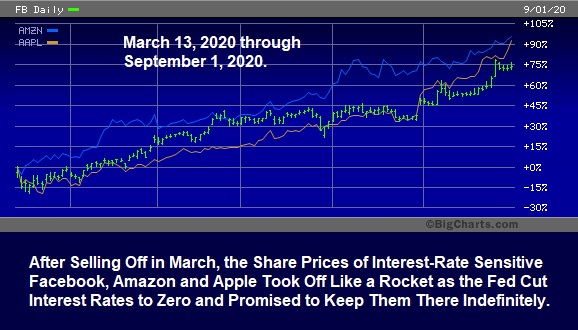