Quietly, the Fed Has Seduced $1 Trillion a Day into the Best Game in Town – Its Reverse Repo Facility 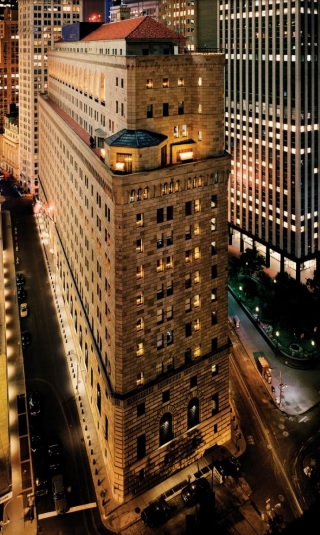 As COVID-19 concerns took root in March of last year and the stock market plunged, the Fed launched another bailout program for money market funds on March 18, 2020. The program was called the Money Market Mutual Fund Liquidity Facility (MMLF) and was run out of the Federal Reserve Bank of Boston.

Going forward, the Fed does not want to be in the position of having to bail out more privately owned money market funds. So the Fed has been seducing money market funds and other financial institutions to use its Overnight Reverse Repurchase Agreement facility for the assets they need to keep both safe and liquid. The Reverse Repo facility is known internally at the Fed as the ON RRP.

A Reverse Repo transaction occurs when the Open Market Trading Desk at the New York Fed sells a security (typically a Treasury security) to one of its approved counterparties with an agreement to repurchase the same security at a specified price at a specific time in the future, typically the next day. The difference between the sale price and the repurchase price, adjusted for the length of time between the sale and purchase, is the implied rate of interest.

The Fed’s seduction program has taken a number of forms since March of this year:

On March 18, 2021, FOMC minutes indicate that the Fed authorized raising the ON RRP per-counterparty limit from $30 billion per day to $80 billion per day, while also giving the Fed Chair the ability to temporarily increase that limit at his discretion.

On April 30, the New York Fed, which operates the ON RRP for the Fed, reduced the dollar amount of its eligibility criteria for users. For example, the requirement that participating mutual funds had to have net assets over the prior six months of at least $5 billion was reduced to $2 billion.

Then on June 16, the Fed raised the interest rate it was paying for ON RRPs from zero to 0.05 percent – thus making it the highest paying safe game in town.

The enticements have worked. Almost every big-name mutual fund company is now listed as a counterparty to the Fed’s ON RRPs, including: Alliance Bernstein, American Funds, BlackRock, Dreyfus, Federated, Fidelity, Franklin, Schwab, T. Rowe Price, and Vanguard, along with the proprietary funds of banks. Counterparties also include the mega Wall Street banks and government-sponsored enterprises. For a full list of the Fed’s ON RRP counterparties, click on the little blue circle under “List of Reverse Repo Counterparties” here.

Showing just how well the enticements have worked, the daily uptake has increased from less than $1 billion daily at the end of last year to over $1 trillion daily since mid-August of this year.

The number of counterparties participating currently ranges from 70 to more than 80 on any given day. That’s up from a range of 40 to 50 participants at the end of May.

The adverse consequences of the Fed’s massive new interventions in “free markets,” is yet to be tested. Even the Fed itself has reservations. In a 2015 Fed paper titled “Overnight RRP Operations as a Monetary Policy Tool: Some Design Considerations,” researchers noted this:

“Most importantly, a permanently expanded role for the Federal Reserve in short-term funding markets could reshape the financial industry in ways that may be difficult to anticipate and that may prove to be undesirable. For example, a permanent or long-lasting facility that causes very significant crowding out of short-term financing could lead to atrophying of the private infrastructure that supports these markets. Partially in response to some of these concerns, the FOMC has made clear that an ON RRP facility is not intended to be permanent….”

Quantitative Easing (QE) was not intended to be a permanent feature of the Fed either when it was adopted after the 2008 financial collapse. And yet, here we are in 2021 with the Fed using QE to buy up $120 billion a month in Treasuries and agency Mortgage-Backed Securities.