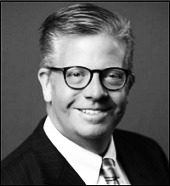 When high risk derivatives start blowing up again at Wall Street’s mega banks and tanking the U.S. economy, be sure to send your thoughts along to these two men: former Congressman Randy Hultgren (R-IL) and former Congressman Kevin Yoder (R-KS). You can reach Hultgren at the Illinois Bankers Association where he now sits as President and CEO after losing his seat in Congress in the 2018 election. Yoder…wait for it…is a registered lobbyist at Hobart Hallaway & Quayle Ventures after also losing his seat in the general election of 2018. 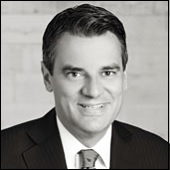 These two men were effectively the handmaidens of Wall Street in getting a critical derivatives provision in the Dodd-Frank financial reform legislation repealed in 2014. We’ll get to the specifics of the role the two men played in a moment, but first some background.

According to the official analysis and report from the Financial Crisis Inquiry Commission, derivatives played an outsized role in the severity of the financial and economic collapse in the U.S. in 2008 – the worst downturn since the Great Depression. According to documents released by the Financial Crisis Inquiry Commission (FCIC), at the time of Lehman Brothers’ bankruptcy on September 15, 2008, it had more than 900,000 derivative contracts outstanding and had used the largest banks on Wall Street as its counterparties to many of these trades. The FCIC data shows that Lehman had more than 53,000 derivative contracts with JPMorgan Chase; more than 40,000 with Morgan Stanley; over 24,000 with Citigroup’s Citibank; over 23,000 with Bank of America; and almost 19,000 with Goldman Sachs.

The U.S. government had to take over the giant insurer, AIG, because it was counterparty to tens of billions of dollars in derivatives to Wall Street banks and had no money to pay them.

Another chart from the Financial Crisis Inquiry Commission shows that Goldman Sachs had turned itself into a giant derivatives casino. By June of 2008, Goldman Sachs held $5.1 trillion notional (face amount) of exposure to the most dangerous form of derivatives, credit derivatives. Its counterparties were subsequently propped up by secret revolving loans from the Federal Reserve. In the case of Merrill Lynch and Morgan Stanley, where Goldman had more than $600 billion exposure to each counterparty, the Fed made $2 trillion in secret, cumulative, below-market rate loans to each firm, according to an audit by the Government Accountability Office (GAO) that was released in 2011.

Citigroup, which also had massive exposure to derivatives, became a 99-cent stock. But because its Citibank unit was one of the largest federally-insured banks in the U.S., it received the largest bailout in global banking history. The U.S. Treasury injected $45 billion in capital into Citigroup; there was a government guarantee of over $300 billion on certain of its assets; the FDIC provided a guarantee of $5.75 billion on its senior unsecured debt and $26 billion on its commercial paper and interbank deposits; secret revolving loan facilities from the Federal Reserve sluiced a cumulative $2.5 trillion in below-market-rate loans to Citigroup from December 2007 through the middle of 2010.

Congress promised the American people that its Dodd-Frank reform legislation of 2010 would rein in these dangerous derivative practices at the Wall Street mega banks. One key derivatives reform measure in Dodd-Frank was known as the “push out rule,” meaning derivatives would be pushed out of the insured bank to a different part of the bank holding company that could be wound down without taxpayer support if the bank became insolvent.

Less than three years after Dodd-Frank was passed and signed into law by President Obama, the U.S. Senate’s Permanent Subcommittee on Investigations released a 300-page report showing that in 2012 the largest federally-insured bank in the United States, JPMorgan Chase, had engaged in high-risk derivative trades in London using depositors money from its federally-insured bank in the United States. JPMorgan Chase gambled in derivatives and lost $6.2 billion of depositors’ money. This became known as the “London Whale” scandal. If ever there was compelling evidence of the need for the push out rule, this was it. The Wall Street mega banks had learned nothing from the 2008 financial collapse and were up to their old tricks again.

But the same year that the Senate released its London Whale report, Wall Street banks and their trade associations began aggressively lobbying Congress to repeal the push out rule. New York Times’ reporters Eric Lipton and Ben Protess reported on May 23, 2013 that Citigroup had effectively written House Bill HR 922 to repeal the push out rule. The reporters revealed the following:

“In a sign of Wall Street’s resurgent influence in Washington, Citigroup’s recommendations were reflected in more than 70 lines of the House committee’s 85-line bill. Two crucial paragraphs, prepared by Citigroup in conjunction with other Wall Street banks, were copied nearly word for word. (Lawmakers changed two words to make them plural.)”

HR 922 carried the Orwellian title of “Swaps Regulatory Improvement Act.” The only thing it was going to improve was the profit margins on Wall Street and C-suite bonuses since keeping risky derivatives at the federally-insured bank, which has a higher credit rating than other parts of the bank holding company, allows these Wall Street banks to write trillions more of the derivatives.

Congressman Randy Hultgren had introduced HR 922 on March 6, 2013 according to the Library of Congress website. On the same day that Hultgren introduced the bill, Congressmen Jim Himes (D-CT), Sean Maloney (D-NY), and Richard Hudson (R-NC) signed on as co-sponsors, according to federal records.

Citigroup then paid the following lobbyists to push for the passage of HR 922 according to federal lobbying records: its own Citigroup Management Corp, Capitol Hill Strategies LLC, Elmendorf Ryan, and Rich Feuer Anderson.

JPMorgan Chase, which was apparently trying to lay low after its London Whale derivatives blowup had been splashed all over the press for more than a year, used only one lobbyist to push for HR 922 passage: Larry Romans of Lawrence J. Romans & Associates. The American Bankers Association Securities Association (ABASA), the New York Bankers Association and other Wall Street banks also lobbied the House and Senate aggressively to pass the bill.

HR 922 passed the House on October 30, 2013 with a vote of 292 to 122. Unfortunately for Wall Street, the bill never advanced in the Senate. Enter Congressman Kevin Yoder. The Obama administration was desperate to pass the so-called Cromnibus spending bill in December 2014 in order to keep the U.S. government running. Yoder, according to reporting at CNN, lifted the language straight from HR 922, which by that time he clearly knew had been written by Citigroup, and inserted it into the Cromnibus.

Senator Bernie Sanders of Vermont was livid, issuing a press release that stated: “Instead of cracking down on Wall Street CEOs whose greed and illegal behavior plunged the country into a terrible recession, this bill allows too-big-to-fail banks to make the same risky bets on derivatives that led to the largest taxpayer bailout in history and nearly destroyed the economy. Instead of cutting back on the ability of billionaires to buy elections, this bill outrageously gives the wealthy even more power over the political process.”

Sanders’ reference to billionaires buying elections came from the fact that incoming Republican Majority Leader Mitch McConnell had inserted another provision into the Cromnibus spending bill that allowed political campaign donors to give almost 10 times as much money to political party committees as previously allowed – ensuring that only the top one percent would continue to control Washington.

Senator Elizabeth Warren was also outraged and gave an impassioned speech on the Senate floor against passing this toxic provision. (See video clip below.) Despite public outrage, the Cromnibus passed with the toxic amendments included.

Both Hultgren and Yoder benefitted greatly from Wall Street largess when running for their House seats.

Likewise, Yoder’s number one career donor category was “Leadership PACs,” which contributed $872,976. Securities and Investment ranked a close second with $811,301. Citigroup, Goldman Sachs, and Bank of America – which today hold tens of trillions of dollars of derivatives inside their federally insured banks (yes, Goldman Sachs is allowed to own a federally-insured bank) – ranked among the top 20 of Yoder’s campaign donors.

According to the most recent report from the Office of the Comptroller of the Currency, as of March 31, 2021, JPMorgan Chase Bank, Goldman Sachs Bank USA, Citibank N.A. (the federally-insured unit of Citigroup), and Bank of America are sitting on a total notional (face amount) of $168 trillion in derivatives or 89 percent of the $189 trillion at all federally-insured banks.

Even after JPMorgan Chase’s reputational damage from its London Whale scandal, the Office of the Comptroller of the Currency reported that during the first quarter of last year JPMorgan Chase had lost $2.4 billion trading stocks (equities) and $822 million trading credit derivatives, giving it a net loss among all of its trading in cash instruments and derivatives of $940 million. This is not what happened in the whole sprawling trading behemoth of JPMorgan Chase, it’s just what happened in the taxpayer-backstopped, federally-insured bank.

One reason that JPMorgan Chase needs the taxpayer subsidy backstopping its derivatives casino is because it has demonstrated since 2014 that it’s not very good at managing risk. Since 2014 JPMorgan Chase has racked up five felony counts – making it unique in the history of money center banks in the United States. (See After JPMorgan Chase Admits to Its 4th and 5th Felony Charge, Its Board Gives a $50 Million Bonus to Its CEO, Jamie Dimon.)

Please pick up the phone today and call your Senators and representative in the House and demand real reform of Wall Street along with meaningful campaign finance reform.