The Federal Reserve Has Radically Changed from a Central Bank to a Bailout Kingpin. Americans Just Haven’t Paid Attention – Until Tonight 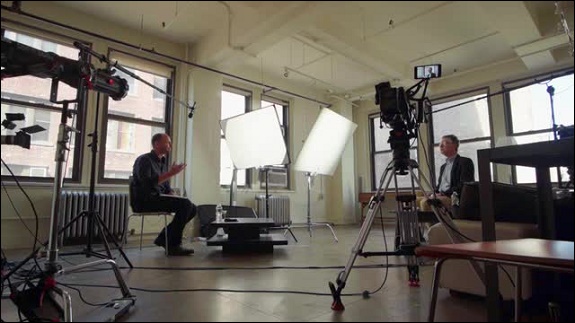 This evening, the PBS program, Frontline, will do something that corporate broadcast media has failed to do since the financial crash of 2008. Frontline will air the results of its year-long investigation of the most powerful financial institution in the world – the central bank of the United States – known as the Federal Reserve, or simply “the Fed.”

The Fed’s radical makeover of itself began in December of 2007 when the Fed decided, on its own, that it had the authority to secretly pump out trillions of dollars in cumulative loans to prop up the mega banks on Wall Street, as well as to the foreign banks that were on the other side of Wall Street’s hundreds of trillions of dollars in derivative trades. The Fed secretly ran that program through at least July of 2010 according to the eventual audit that was conducted by the Government Accountability Office. (That audit only came about because Senator Bernie Sanders attached an amendment to the Dodd-Frank financial reform legislation of 2010.)

The Fed’s latest massive bailout operation began on September 17, 2019, months before there was a case of COVID-19 anywhere in the world. The full scope of this operation and other bailout programs remain a dark secret at the Fed, casting a pall over investors’ confidence in the transparency and stability of the U.S. financial system.

James Jacoby, Writer, Producer and Correspondent, “The Power of the Fed.”

Frontline writers and producers James Jacoby and Anya Bourg, who are the force behind tonight’s Frontline documentary, The Power of the Fed, will now become part of a rarefied group of individuals who have mustered the determination to cut through the Fed’s insidiously cultivated armor of Fed-speak and its preposterous structure that allows it to create trillions of dollars of money electronically out of thin air for bailouts, with only feigned oversight by Congress.

We have not yet seen the Frontline program but we have high hopes given the past work of Frontline. (See here and here.) 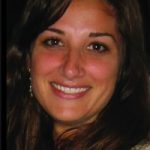 Anya Bourg, Writer and Producer of “The Power of the Fed.”

The Frontline team has the opportunity tonight to significantly build on the herculean work of two other journalists who spent years investigating the Fed and advancing Americans’ understanding of its kleptocratic nature: Mark Pittman and Nomi Prins.

Mark Pittman was the Bloomberg News reporter responsible for the Bloomberg lawsuit against the Federal Reserve during the 2008 financial crash. Pittman had asked the Federal Reserve Board, under a Freedom of Information Act (FOIA) request in April and May of 2008, for details of four lending programs, including the borrowers’ names and the amounts borrowed.  The programs were the Discount Window, the Primary Dealer Credit Facility, the Term Securities Lending Facility, and the Term Auction Facility. When the Fed brazenly stonewalled Pittman, Bloomberg News filed the lawsuit on his behalf.

On November 10, 2008 Pittman and his colleagues, Bob Ivry and Alison Fitzgerald, wrote an article headlined “Fed Defies Transparency Aim in Refusal to Disclose.” The article reports as follows:

“The Federal Reserve is refusing to identify the recipients of almost $2 trillion of emergency loans from American taxpayers or the troubled assets the central bank is accepting as collateral.

“Fed Chairman Ben S. Bernanke and Treasury Secretary Henry Paulson said in September they would comply with congressional demands for transparency in a $700 billion bailout of the banking system. Two months later, as the Fed lends far more than that in separate rescue programs that didn’t require approval by Congress, Americans have no idea where their money is going or what securities the banks are pledging in return.”

Pittman shared in a Gerald Loeb award for Bloomberg’s five-part series, “Wall Street’s Faustian Bargain,” which described how a group of Wall Street bankers had created the subprime doomsday machine over Chinese food. Many believed Pittman’s investigations of the Fed put him in line for a Pulitzer. But just a week before the secretive Fed Chair Ben Bernanke was scheduled to sit for his Senate Confirmation hearing for another term at the helm of the Fed, Pittman died of a heart attack at age 52 on November 25, 2009.

At the time of Pittman’s death, the Fed was still refusing to release the details of its trillions of dollars in secret loans, despite losing its court battle at the District Court. The Second Circuit appellate court decision, also ruling against the Fed, would not come until March 19, 2010, four months after Pittman’s death.

But even after the appellate decision went against it, the Fed refused to release the data. First the Fed asked for a rehearing by the Second Circuit Court of Appeals. When that was rejected, a Wall Street consortium of banks, that were the actual recipients of the trillions of dollars in secret loans, appealed the case to the U.S. Supreme Court. That appeal failed as well and the Fed was forced to finally release the astonishing sums it had showered on global banks with zero awareness by any elected member of the George W. Bush administration or any elected member of Congress.

When all of the Fed’s bailout programs were tallied up, the tab came to a staggering, cumulative $29 trillion, as meticulously analyzed by the Levy Economics Institute. The Fed had kept the American people completely in the dark as it sluiced these trillions to Wall Street trading houses, foreign banks, the insolvent bank, Citigroup, even hedge funds that were shorting (betting against) the market.

Today, the Fed is still stonewalling the public and refusing to release the names of the recipients of some of its emergency bailout programs and its $9 trillion repo loan program that began on September 17, 2019.

We reached out to Mark Pittman’s mother, Donna Pittman-Nealey, for her thoughts on her son’s work to bring transparency to the Fed. She told us this:

“I can only say he was a pioneer in every way throughout his life.  He was never afraid to tackle any problem when he felt he needed an answer.

Nomi Prins has also done an extraordinary public service in bringing sunlight to areas that the Fed would much rather keep in the shadows. Prins authored the 2018 book, Collusion: How Central Bankers Rigged the World.

Prins writes that “Eight years after the [2008] crisis began, the Big Six US banks – JPMorgan Chase, Citigroup, Wells Fargo, Bank of America, Goldman Sachs, and Morgan Stanley – collectively held 43 percent more deposits, 84 percent more assets, and triple the amount of cash they held before. The Fed has allowed the biggest banks on Wall Street to essentially double the risk that devastated the system in 2008.”

Prins explains in the book that what the U.S. Fed and other major central banks like the Bank of Japan and European Central Bank are doing is “conjuring”  money. The money has been conjured or fabricated, writes Prins, because the Fed and other central banks are allowed to electronically create money at the push of a button.

The Fed is so captured as a regulator of the banks that Prins says the Fed imposed no obligations on them in exchange for its bailouts. Prins writes that the banks that “inhaled this cheap money were not required to increase their lending to the Main Street economy as a condition of the availability of that money….”

For its part in creating the most unstable financial structure in U.S. history, the Fed is absolutely shameless. Prins writes that “The Fed absolved itself of all responsibility for financial stability in the big bank landscape in June 2017 when it allowed thirty-four of the largest Wall Street banks, including the Big Six, to pass its stress tests. In turn, the banks took this opportunity to buy more of their own shares, elevating their stock prices rather than expanding their loan services for small businesses and Main Street customers.”

This maneuver by the Fed resulted in announcements that Wall Street banks planned “to buy back $92.8 billion of their own stock as a direct response to the Fed’s blessing,” notes Prins, effectively meaning that the Fed was “greenlighting legal manipulation of the stock market.” Indeed, says Prins, “The Dow soared.”

The Fed and those same banks are back to the exact tricks again today.

Prins’ policy recommendations for removing the stranglehold that the Fed has on America is to “implement actual oversight of the conjurers and dedicate effective channels through which to question and curtail their authority and actions.”

Let’s hope that the questioning of the unbridled powers of the Fed begins in earnest with tonight’s Frontline documentary.

Update: This article has been updated to include the full Frontline documentary below.