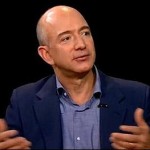 Last Tuesday, June 8, at 4:59 a.m. EDT, the public interest news outlet, ProPublica, dropped a bombshell. A source unknown to it had leaked “a vast trove of IRS data on the tax returns of thousands” of the richest Americans, including the top 25 billionaires in the country as of 2018. The data covered numerous years of tax filings and showed that some of the most well known billionaires in the U.S. had paid no income taxes in some years.

Carefully reading through the ProPublica material, a few critical details emerge. First, ProPublica does not appear to have tax return data for years later than 2018. Since it’s now June of 2021, that suggests that someone in the Trump administration might have downloaded this data to a thumb drive and waited until recently to leak it. ProPublica acknowledges that it’s had the data for “months,” as its reporters attempted to analyze the data and verify its authenticity.

Someone in the Trump camp might be attempting to normalize billionaires not paying taxes. The New York Times had obtained Donald Trump’s tax returns last year and published an article in September showing that he had “paid no income taxes at all in 10 of the previous 15 years — largely because he reported losing much more money than he made.”

One aspect of the historic leak of IRS data that has failed to garner the interest of corporate media is the stunning rise of Jeff Bezos, founder, CEO and Chairman of Amazon, to the status of the richest man in the U.S. – in the span of one year.

According to Forbes, Bill Gates, the co-founder of Microsoft, ranked as number 1 on the Forbes list of U.S. billionaires for 24 consecutive years, running from 1994 through 2017.

In announcing in 2018 that Bezos had eclipsed Gates in wealth and was now the richest American, Forbes wrote the following in October 2018: “Bezos is also the first person to appear in the ranks with a fortune of more than $100 billion — he clocked in at $160 billion. Bezos was also the biggest gainer on this year’s list: his fortune rose $78.5 billion since last year, thanks to the more than 100% runup in the price of Amazon stock, the biggest one-year gain since we’ve been tracking fortunes.”

Amazon’s stock has been actively traded for years in the Dark Pools of Wall Street’s mega banks. Was the share price of Amazon manipulated by those Dark Pools in 2018? Nobody knows because…the trading is dark.

Beginning in 2015, Wall Street’s self-regulator, FINRA, began reporting Dark Pool trades weeks after the trades had occurred. To further sanitize the information, the trading data is lumped together for an entire week. In the most recent week for which Dark Pool trading data in Amazon is available, the week of May 17, Dark Pools owned by UBS, Goldman Sachs, Credit Suisse, and JPMorgan Chase made the largest number of trades in Amazon – a combined total of 1,029,475 shares in 35,058 separate trades.

These same mega banks are also allowed by Congress to issue buy ratings on companies whose stock they are trading in their own Dark Pools. For example, on May 26, JPMorgan Chase reiterated its “buy” rating on Amazon. Credit Suisse did the same thing on May 3. The stock currently has a PE ratio of 63 (Price-to-Earnings) which is nose bleed territory, but these banks and numerous others on Wall Street say it’s a buy.

Wall Street may be helping Bezos build his astronomical wealth in other ways.  Americans learned from the blowup of the Archegos family office hedge fund in late March that Wall Street’s mega banks are using tricked up derivatives to hide from the oversight of the Securities and Exchange Commission the stock trading of U.S. billionaires. The banks had allowed Archegos to keep its identity hidden as the beneficial owner of the stocks because the banks were reporting those stocks as if the banks actually owned them on their publicly-disclosed 13F filings with the SEC.

According to CaproAsia’s list of the top 10 family offices, billionaire Jeff Bezos’ Bezos Expeditions family office has $107 billion in assets. Those assets should be listed on a publicly-released 13F form that is filed quarterly with the Securities and Exchange Commission. We searched SEC records going back more than a decade and could find no such filing, suggesting that Bezos may have an Archegos-style derivative arrangement with the Wall Street mega banks, or the SEC is allowing it to make confidential filings. Neither of these possibilities are good for a democracy.

If the banks are claiming ownership of the Bezos stock portfolio under these derivative contracts for SEC reporting purposes, then the question arises as to just who is paying the capital gains taxes on the trades. (See Did Archegos, Like Renaissance Hedge Fund, Avoid Billions in U.S. Tax Payments through a Scheme with the Banks?)

Another curious detail about Amazon’s share price and Bezos’ wealth is that Wall Street’s mega banks demonstrated uncanny patience with Amazon and Bezos as they struggled for two decades to figure out how to make a profit. Consider these headlines:

Now here’s the really interesting part of the ProPublica story. The reporters tell us that included in the tax data they received for the billionaires are the “profits from their stock trades.” They also tell us that there will be more articles based on this data to come.

According to media reports, the Justice Department has opened a probe into what the mega banks were actually doing in the Archegos-styled derivatives.