Bezos Has Dumped Over $16.6 Billion of Amazon Stock Over the Last 17 Months – That’s More than He Sold Over the Prior Decade. Should Shareholders Worry? 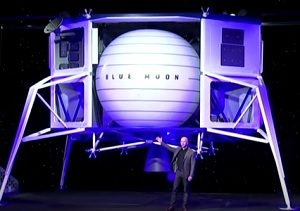 Jeff Bezos, the founder and man at the helm of Amazon for the past 27 years, announced last month that he will be stepping down as CEO on July 5. Fifteen days later, according to Bezos, he and his brother Mark will take off on the first crewed space flight from his rocket company, Blue Origin. (Another seat on the flight has been auctioned online for $28 million. The winner has not yet been named.)

Following on the heels of Bezos’ 2019 announcement of his divorce to his wife of a quarter of a century, MacKenzie Bezos, and tabloid headlines over his accusations of attempted extortion and blackmail by the National Inquirer over Bezos salacious texts to his girlfriend, shareholders were likely becoming eager for Bezos to hop aboard that spacecraft.

What shareholders were apparently not thinking about was what was going to happen to Bezos’ 51.2 million shares of Amazon stock (valued at a cool $173 billion at yesterday’s close) when he was no longer constrained as an active member of management. (The Amazon Board plans to hand the CEO reins to Amazon Web Services CEO, Andy Jassy. Bezos is expected to stay on as Executive Chairman of the company.)

Shareholders got a taste of the potential fallout last month when Bezos dumped $6.6 billion of his shares. The first of the sales came on Monday, May 3, just one trading session after the stock hit an all time intraday high of $3,554 on April 30.

What has Bezos been doing with all that money? For starters, he’s been buying luxury real estate from coast to coast. 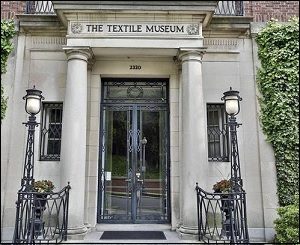 Bezos’ brick mansion in D.C. made an embarrassing appearance at a February 11, 2020 hearing of the House Financial Services Committee, which was convened to take testimony on monetary policy matters from Federal Reserve Chairman Jerome Powell. Congresswoman Katie Porter of California held up a photo of Powell and his friends decked out in black tie for a lavish party Bezos threw at his D.C. mansion in January 2020. While holding up the photo, Porter excoriated Powell with this:

It might also give off the sense of just how well-connected Bezos is now that he owns the Washington Post and the biggest party space in all of D.C.

Bezos does not use his own name when buying his properties but opts for cleverly named limited liability corporations (LLCs) or Trusts, making the scope of his total real estate holdings impossible to track down. The D.C. home was purchased by the Cherry Revocable Trust. When Bezos bought a penthouse and three other apartments at 212 Fifth Avenue in Manhattan in 2019, he used an entity called Madison Square Park LLC. (The penthouse overlooks Madison Square Park.) The purchases at 212 Fifth Avenue tallied up to approximately $96 million.

The most newsworthy of Bezos’ lavish spending on luxury real estate came in February of 2020 when he broke all prior residential real estate records in California – spending $165 million to buy the Jack Warner estate from entertainment mogul, David Geffen. The 9.3-acre Warner compound was built in the 1930s by Jack Warner, former head of Warner Bros. motion picture studio.

Bezos is reported to own numerous other commercial and residential properties in the U.S.

In addition to getting himself very liquid before his flight into space, Bezos has also been arranging charitable donations, according to his SEC filings. Between November 18 and December 2 of last year, Bezos donated 254,145 shares of Amazon to unnamed nonprofits for a total of approximately $800 million.

Bezos has pledged $10 billion to his Earth Fund to combat climate change. He announced the first recipients of $791 million in grants around the time of the SEC filings showing his disposal of the 254,145 shares of his stock for nonprofit donations.