Morgan Stanley Has Been Strangely Quiet on Its Exposure to Archegos Capital, the Hedge Fund that Blew Up Last Week. Here’s Why. 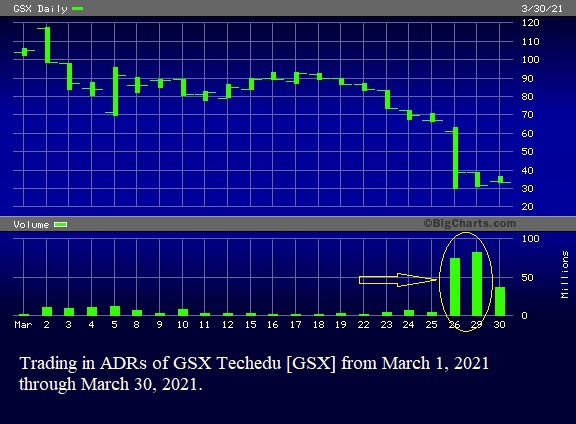 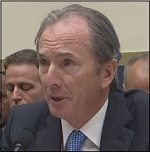 On March 9 Morgan Stanley announced that it had been “recognized for industry-leading risk management technology.”  Three weeks later it has landed in the middle of one of the biggest hedge fund blowups since the financial crisis of 2008, raising serious questions about how it manages risk.

Adding to the embarrassment for both Morgan Stanley and its bank holding company supervisor, the Federal Reserve, the Chairman and CEO of Morgan Stanley, James Gorman, sits on the Board of Directors of the New York Fed, to whom the Fed has outsourced much of its oversight of the Wall Street banks.

A look at Morgan Stanley’s $647 billion in stock portfolio holdings that it filed with the Securities and Exchange Commission for the quarter ending December 31, 2020 explains why Morgan Stanley has been so strangely silent as the Archegos scandal has played out.

Morgan Stanley held significant positions in all of the stocks press reports say were being mass liquidated in recent days because the hedge fund, Archegos Capital Management, could not meet its margin calls with its bankers, which included Morgan Stanley. The banks had allowed Archegos to leverage itself up anywhere from 8 to 1 to 20 to 1 according to press reports. Those stocks included the U.S. media conglomerate ViacomCBS; U.S. TV channel operator Discovery; Chinese Internet company Baidu; Chinese online-tutoring company GSX Techedu; Chinese online discount store VIPShop Holdings; Chinese video site iQIYI; luxury-goods online retailer Farfetch; and streaming company Tencent Music Entertainment, as well as potentially others.

The fact that Morgan Stanley’s portfolio held significant positions in the same stocks as Archegos Capital is likely explained by widespread media reports that the hedge fund had gained heavily leveraged exposure to these stocks not because it had purchased them outright or on margin but because it had entered into equity derivatives (swaps) with multiple banks that included Morgan Stanley, Goldman Sachs, Credit Suisse, and Nomura. Other global banks including Wells Fargo, UBS, and Deutsche Bank were also involved with Archegos, although the full extent of their relationship is not yet known.

Nomura has released a statement acknowledging a potential $2 billion in losses. Credit Suisse released a statement saying that its loss “could be highly significant and material to our first quarter results.” Wells Fargo released this statement: “We had a prime brokerage relationship with Archegos. We were well collateralized at all times over the last week and no longer have any exposure. We did not experience losses related to closing out our exposure.”

As of 8:30 a.m. this morning, Morgan Stanley has remained silent on the issue despite press reports that it was engaging in widespread dumping of its Archegos-related stocks in recent days.

According to Morgan Stanley’s 13F SEC filing, it held 43.2 million shares of ViacomCBS Class B with a value of $1.6 billion as of December 31, 2020. How many of those shares were connected to an Archegos equity swap contract is unknown. How much Morgan Stanley lost on the sale of those shares is also unknown. What is known is that ViacomCBS lost over 50 percent of its market value between Wednesday of last week and its closing price on Monday.

Another potentially significant loss came from the shares of the Chinese online tutoring company, GSX Techedu. Morgan Stanley’s 13F filing with the SEC shows that it owned 14.66 million ADRs of the company as of December 31, 2020, potentially connected to an equity swap with Archegos. At that time, the position had a market value of $758.3 million based on a closing price of $51.71 on December 31. The GSX ADRs closed yesterday at $33.29, a decline of 36 percent from the end of last year.

Morgan Stanley is likely under intense scrutiny right now from the Federal Reserve, which, hopefully, has taken the reins from the deeply conflicted New York Fed. According to a government audit of the Fed’s secret loans to the trading houses on Wall Street during and after the 2008 Wall Street implosion, which significantly involved derivatives blowing up, Morgan Stanley was the second largest recipient (after Citigroup) of the Fed’s secret loans that were funneled from December 1, 2007 to at least July 21, 2010 to bail out the lack of risk controls on Wall Street. Morgan Stanley received a cumulative total of $2.04 trillion in cumulative loans from the Fed. Yes, that’s “trillion” with a “t.” (See chart from the Government Accountability Office (GAO) audit below.)

Wall Street veterans are particularly suspicious about Morgan Stanley’s silence because during the last financial crisis one of Morgan Stanley’s traders, Howie Hubler, lost $9 billion of the firm’s capital betting on subprime debt. Hubler didn’t get a character to play his role in The Big Short movie but Michael Lewis, who wrote the book on which the movie is based, told the public a good deal about Hubler within its pages. Lewis describes Hubler as a star bond trader at Morgan Stanley, making $25 million in one year prior to the collapse of the subprime mortgage market. Hubler was one of those who made early bets that the lower-rated subprime bonds would fail. He used credit default swaps (derivatives) to make his bets. But because he had to pay out premiums on these bets until the collapse came, he placed $16 billion in other bets on higher-rated portions of the subprime market, according to Lewis. When those bets failed, Morgan Stanley lost at least $9 billion.

Morgan Stanley was created in 1935 after Congress passed the Glass-Steagall Act in 1933 barring banks like JPMorgan from holding insured deposits while simultaneously operating an investment bank to engage in underwriting and speculating in stocks. JPMorgan chose to remain a commercial bank accepting newly insured deposits while other partners left the firm to form the investment bank, Morgan Stanley.

The losses experienced by Wall Street banks after the 1929 crash were blamed on reckless speculations in the stock market and a leading cause of the Great Depression. Prior to the Glass-Steagall Act in 1933, there was no federal insurance on bank deposits, thus millions of people lost everything they had deposited in the failed banks or received pennies on the dollar.

After decades of pressure from Wall Street, the Clinton administration repealed the Glass-Steagall Act in 1999, allowing the reuniting of the casino trading houses on Wall Street with federally-insured banks. Just nine years later Wall Street imploded in a replay of 1929, causing the worst economic collapse since the Great Depression.

At the outset of the financial crisis in 2008, Morgan Stanley was predominantly an investment bank with a large retail brokerage firm. But at the height of the 2008 crisis, the Federal Reserve allowed both Morgan Stanley and Goldman Sachs to became bank holding companies, subject to regulation by the New York Fed and with access to borrowing at its Discount Window.

Then there is Morgan Stanley’s insane level of derivatives. According to the new March 23 release from the Office of the Comptroller of the Currency, the regulator of national banks, Morgan Stanley holds a notional derivatives tally (face amount) of $31.9 trillion as of December 31, 2020. Yes, that’s trillion.